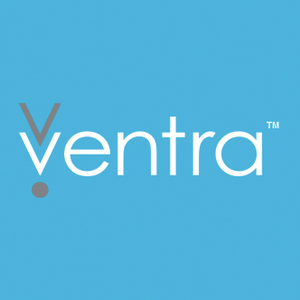 I'm not sure what everyone is complaining about. I think Ventra is one of the best things to happen to the CTA. There have been days where the whole system is down, or other days where individual machines are just on the fritz and in either case it means free rides. Apparently according to the CTA Ventra is also letting people with negative balances (up to -$272.50) still go through the turnstile with no issues. I think this is one of the best thing that's happened to commuters. I also had no issues what so ever setting up my account and transferring from my old City Pass, although I am aware that many people had huge problems with that. I will say, though, that the card reader is slower than the old readers, which is unenjoyable on a cold rainy morning but hopefully this will be resolved soon. In the meantime, I'll keep paying attention to the free ride days due to system failures.

Not since the 2003 Steve Bartman foul ball incident has one thing been so universally reviled across the city of Chicago. Ventra, the new method of payment for CTA, has failed on every level. There was no problem with Chicago Card and magnetic stripe cards to begin with, but Chicago just had to fix something that wasn't broken. The Ventra issues began as soon as the new card was announced. While they tried to sell the new card as a convenient multipurpose transit and debit card, a closer look revealed outrageous fees for debit card users. I can only think that Ventra was trying to score some quick cash from people who don't have bank accounts and don't understand the costs associated with the debit card. After months of warnings that Ventra was coming, the implementation started. Chicago Card holders were supposed to receive emails with information about verifying emails and PIN numbers and all sorts of numbers. I received the emails because I'm a little neurotic about checking account balances, but I heard dozens of stories from people who never received emails, did receive an email but never received a Ventra card, received a Ventra card but never received an email, etc. Then you have to activate this card. If you were lucky enough to receive an email with your PIN number you can log on to the Ventra website and activate your card. But if you don't have your PIN number you have to call Ventra. And wait on hold for hours. And possibly be disconnected. Then try to call back. Have fun. Ok so you get your card activated. Then go try to use it. Nope, doesn't work. OK, why? My Chicago Card Plus still works, because remember, it wasn't broken to begin with. So I need to cancel my payment on the CCP, then add payment to the Ventra and cross my fingers and hope the internet hamsters are working and the balance transfers. On top of the confusion with getting PIN numbers, activating cards, adding payment, hoping balance transfers work, the Ventra card readers DON'T WORK. Every time I've gotten on the train or bus since Ventra has started, every single person using Ventra has to tap multiple times to get it to work. If it every works. While the line builds up behind you, you might get a bus driver or CTA worker who is getting just as frustrated and waves you through. Moral of the story: This "solution" to a problem that didn't exist, doesn't work. Since the city of Chicago is being forced to use the new card, here's a few pieces of advice: Steer clear of the debit card. There are too many fees and you're better off with a pre-paid debit card from a major bank. Be careful keeping it in your wallet next to other "tap" activated cards. Your credit card could be activated when you're just trying to get on the train. Switch from a monthly pass to a per-use payment. SInce the Ventra card doesn't work half the time, you might save some money.

After procrastinating to set it up, because all my friends said it was horrible, I tried to set it up online. Terrible experience. It was hard to manage, wasn't easy to use - and since I pay for transit through my job, I have go get another card to pay for it. I've seen people standing at the turn styles waiting for the card to let them through, and they always miss the train that is waiting. I understand trying to make it easy for everyone to use one card for all transportation - fine. MAKE IT EASY.