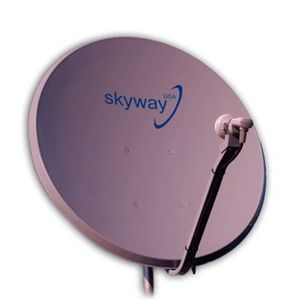 this thing such a peace of crap put it at three differnt locations could not find a satalight signal anywhere called tech support they were the rudest people i ever meet finally got some one that told me they will have there lead tech call sunday at 1 that came and went no phone call didnt suprise me tore the damn thing apart gonna sens it it back contacting the bbc and credit card co. that i paid for it with i wana no how u can charge some one when the shit dont work i work in the service world  i no i ccant cant charge people unless it works

This company is one of the worst I have ever had to deal with. To start off, the beeper gadget is faulty, & tech support was not helpful. In fact, the guy tried to say we couldn't get signal because we didn't have the satellite positioned correctly. We gave up...still were billed for service we couldn't use. Eventually, we discovered the equipment was faulty, returned it for a replacement, and got an unauthorized charge!! Not only would the lady not take off the charge, she was rude. Then, more charges came! I finally got escalated enough to get something done. After a couple mths, was given a credit of 1 charge, offered 1 month free, and told I wouldn't get billed for 3 more months since I had been overcharged for that much! As for signal and speed...at first they give you good speed, but as months pass, it gets slower & worse. After my 1 yr contract was up, I called, left messages, got busy signals, got disconnected, for over 2 months!! I wanted to cancel, but couldn't because no one would answer or call me!! Finally, I filed a complaint with the BBB, and a lady from Skyway called the very next day. But, she tried to say I hadnt had service for a year (although I'd actually had it OVER a year!!) These people are ridiculous!!

Well I have had the service for about a month now so I can only know so much. This internet service is mostly for those that don't have highspeed service in their area. But anyways it cost me 214 for the equipment and the first month service for the 768Kbps plan. Seemed like a fairly good price at the time as I looked into other providers and they usually have to have someone come out there and install it for you which would cost much more. The lowest monthly price is much cheaper than any other ISP provider I have found. It is easier for you to just install the dish yourself as you only have to pay for the equipment and first month of service with no install fees. How you aquire the signal is with their satellite beeper. It is actually fairly easy to use all you do is just have the cable coming from the modem screwed into the beeper and the other end plugged into the satellite LBN. They have a website that tells you the azimuth and elevation to have. The azimuth is the direction to point it and the elevation is the degree you have your satellite dish adjusted to. How I would recommend you install the dish if you have a tree or something blocking your line of sight and can't mount it to your house I would recommend you to get a metal pole and some concrete and have the dish mounted to the pole and be sure it is level before applying the concrete. To sign up all you have to do is just call this number 18668174150 and dial ex1117 if that doesn't work just dial 18663759929 and press one. When they agent picks up the phone for the first thing please mention that willmon21@skywayusa.net referred you. So far I am very happy with the service only problem is I assembled the dish and mounted it poorly now I am paying for it because of the beeper going out on me and having to redo the mounting of the dish. If you can't ever get the signal aquired I am sure that you can get a satellite person to come over to your house for as little as $65 to get it set up for you as long as it is all assembled and ready to go and it must be level or the guy may say that it will cost additional for them to have trouble with it not being level. One bad thing about the beeper they send you is it is new but after having to use it so many times to readjust the dish and get the signal back the beeper may end up dying from the screwing and unscrewing of the cable so many times. I am sure that they are made for only a few uses instead of multiple ones. Also if you request another beeper to be sent they say they test and make sure that they are working before they send them but who knows if that is true or not. I had a replacement beeper sent to me at no cost and it took till the third day after the order was placed to get here and I plugged it up and it didn't work. Now I am going to have to send both of my beepers back and wait till the other one gets here and hope it works. A con I have in the list is automated disconnect after billing cycle which means if you don't pay your bill before the begining of the cycle of your next service it will automatically disconnect you. Even though there are six cons and only 5 pros doesn't mean they don't have a good service it just means that they need some improving of it..... like that will ever happen.