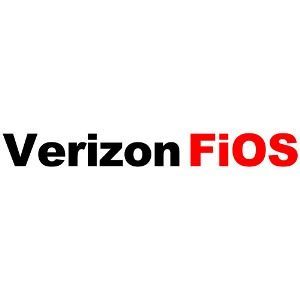 I used Cable for 10 plus years and never had issue. Fios just becomes available in my area, I would like to try it out. Within in just couple days, I know what's the worst service. i waited one month for my appointment day. At the morning, I called to confirm the appointment and took one day off to wait for the installer. No body showed up and nobody called. i called again around noon, they told me they cannot come and re-schedule me to one week later. Just three days later, I called them to confirm and was told I have to wait another 2 month. Again, nobody call and say sorry. If I didn't call them i would waste another day. For a big company like Verizon, it seems they don't care about their customer.

They failed to cancel the acct when requested & repeatedly failed to fix the issue. I have email & voicemail from them confirming they found the error and will fix it. It's been 7 months and now my credit score is impacted at a critical time when I will soon be financing a home and a car.

I converted to FIOS yesterday and today I am calling Cox to get my old service back. Never have I had such a difficult time dealing with a service provider. Installed FIOS TV and internet yesterday, but due to a snafu they can't get my telephone land line converted to Verizon until Saturday (today is Tuesday and they were out here yesterday). Even Saturday is a concession for Verizon, because they originally had it scheduled for 21 days out. Unbelievable for a simple land line change. I am totally without a land line that I have had since 1977. Only reason I was switching to Verizon FIOS was to save $20 a month. Totally not worth it- never had a problem with Cox as far as service goes. I would NEVER recommend Verizon to anyone.

I ordered Fios because of the high ratings and promises of faster and better service at the same rate as my then existing provider. I wish I never called them. The holiday pricing and glimmer of lightening fast speeds made it sound like surpierior service. It's terrible service! I have called due to outages, bad in home connections, slow browsing. Guess what? Finally I was told if I wanted those things I needed to connect my computer with cables. Not to expect it using wifi!!!! I made it clear when I ordered how my devices would be used in my home. I asked and canceling - big fat fee of $190!!! The only answer they have for me is to SELL me a more expensive package. Don't use them! Worse company to deal with and deceiving!

Verizon FIOS was very good when it first became available several years ago. Since, their products and service have slipped horribly. Our internet is down often, and the tv service is ok. Not great. For what you pay for, you're really not getting a very good deal. We are dropping Verizon Residential this month. We've been longtime customers, but you shouldn't have to reboot a wireless router weekly. Buyer beware.

When I first moved into my neighborhood a few years ago there were no options for internet because the cable wires had not been laid down in my neighborhood so our only option was to get a Verizon FiOS internet card. We might as well have not had any internet at all instead of wasting money on this expensive paper weight. We could not get a good signal at all, each web page would take at least 5 minutes to load and that was if it even worked at all. Every time our laptop would go into sleep mode the internet would get disconnected from it so every time we would use the computer we would have to wait at least 10 minutes for the internet to connect and start loading on the computer. Customer service was also the worst. We called in multiple complaints about the internet and we would get excuses, new internet cards that worked just as bad as the previous, and promises of them working on their signal and would never hear back how that supposed evaluation of the area went. When there were finally other internet options available in our neighborhood we cancelled our Verizon FiOS and refused to pay the early termination fee and they ended up waiving it because of all the internet problems we had experienced. I would not recommend Verizon FiOS internet to anyone. Unless you have hours to work on internet tasks that should only take a few minutes.

I have been a customer of Comcast for a long time, then it eventually became Xfinity Comcast. The prices were ending up to be too high because they added on unecessary items to my bill each month, or so it seemed. I got fed up with their prices. I also got fed up with the internet speed because I kept seeing commercials for the Fios fast internet speed and I really wondered by I could not have that with Comcast. I MADE THE SWITCH... to Verizon Fios! I absolutely adore the web access. the only thing that i did not like was the intrusive installation that occurred at my residence. It takes a lot to set up Fios, it is not as easy as simple DSL comcast. Anyways, I absolutely like Fios internet because it is a ton faster than Comcast. I have the triple play and I will also do a review on the rest of their services offered on the triple play. The sports packages are awesome, too, according to my live in boyfriend.

This service is overpriced, full of hidden charges and fees,unreliable and permenent. Once you have it your only other service option is Uverse from AT&T, and that is assuming UVerse is available in your area which in many cases it is not. I have been stuck with Fios for 6 years because I can't get service at my home from anyone else. Speed You can get the fastest speeds any service offers, but you will pay dearly for the higher end stuff. The problem is most people don't have a computer that can take advantage of the service. So unless you have a top of the line system, it's a waste of money. Security You have a wireless service, so as far as security goes, you are going too be at risk. If someone is determined enough they can get in. Reliability We have lost service 3 times in the last 2 years. Once for almost 72 hours. I live in Southern Ca, so it isn't weather related. Problem is when the system goes down you have nothing. No phone(land line) no internet and no Television. If you have the bundle, which molst of us do. Customer Service Horrible customer service. The one thing they neglect too tell you when they offer the 30 day cancellation free of charge option is that after they convert your home too handle fiber optics, they won't change it back. So you can cancel, but that means you can't get internet service unless it is through a satellite company.

Prior to FiOS, we were long-time Comcast Cable subscribers, mainly because it was the only option at the time excluding Satellite TV. Over the years, Comcast had a number of issues -- random internet outages, channels cubing up, which would result in a call to Comcast and them saying, "We've sent a signal out, call us back in a half hour if it's not fixed." Spoiler alert: It never fixed. We immediately switched to Verizon FiOS in 2009 when it became available in our area, and the service has been absolutely fantastic. Over the past four years, the internet has only gone out one time (that I can recall) during the wee hours of the night, and any other service interruptions were not at the fault of Verizon (cable unknowingly becoming unplugged, things of the like). The picture quality has been fantastic, not once has the picture cubed up as it previously would with Comcast. That having been said, there are a few things that I wish could be better. One, the newer cable boxes they have seem to have become much slower. Upon waking the box, many times an ad will display for a PPV event or to purchase an OnDemand movie. I don't know if there's a way to disable this, however it takes a bit of time for this ad to display, during which time you can't change the channel. It's quite annoying. The fact that you have to purchase the ONT Battery (which powers your phone line for 8 hours in the event of a power outage) when it starts to fail is a bit of a rip. You would think that Verizon would be obligated to replace essential equipment, but they pass along the $35-$60 expense to you. It's been four years, however, and this is just happening for the first time. But still, c'mon! On that note, it's expensive. The price can easily be beaten by Comcast. We were recently visited by a Comcast sales rep who gave a very tempting offer, including even more than we have with Verizon, for a much better price. However, we opted to stay with Verizon because the service has been absolutely incredible, plus our previous nightmares with Comcast. I've seen a number of reviews regarding Verizon's customer service, and I can't say I've had much experience dealing with them. The only time I've dealt with Verizon FiOS support was when upgrading our DVR boxes, and the employees in store were able to help me with the exchange and they even waived the upgrade fees per each box, saving quite a bit of money! So unless you work for Comcast or if you can get Google Fiber where you are (you lucky son of a gun), I would highly recommend Verizon FiOS from my personal experience. It's definitely more expensive than competitors, but the Internet and TV have been absolutely fantastic and headache free for the past four years. I hope this helps!