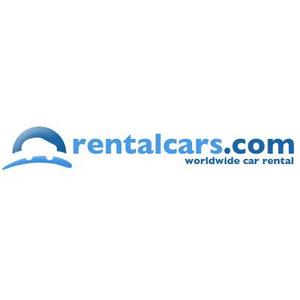 Beware of additional fees when booking through the site.

The communication is beyond bad. I sent a multiple emails and gor 0 replies. Next time I will go directly to the Budget to avoid the hassle of getting my requests answered and saving money for the cancelled fly rental days as Budget would do.

My opinion about Rentalcars and America Car Rental. Number of reservation: 341919963. On an unfortunate day for me, on my trip to Mexico, I decided to use the services of the intermediary Rentalcars and the rental company America Car Rental. I went for 14 days. At first glance, everything looked good enough: 0. Car - VW Jetta. 1. Car rental price US $ 301.89 Prepayment has been made 2. Insurance under the program Full protection US $ 150.45 Prepayment has been made. I decided not just to rent a car (VW Jetta), but also bought full insurance from Rentalcars, having examined it more closely, I saw that it covers a large number of risks, including damage to third parties and their property. I envisaged everything, as I thought then. When I arrived at Cancun airport, near the exit, I saw a man with a sign of America Car Rental. Me and 2 more travelers were taken to America Car Rental office. Strange things began to happen, I was shown a certain price, judging by which I could not rent a car without paying an additional insurance of $ 300 (!!!). The mexican said that by law they can not give me a car if I do not buy it, so I would lose money that has already paid for the rent - 450 dollars. When I showed the already paid insurance from Rentalcars, he began to assert that the insurance from Rentalcars does not cover damage to third parties, although it was clearly indicated there. Judging from the confused faces of people nearby, everyone somehow encountered this. If this is not real fraud, then what is it ? The rental price has increased almost 2 times ! In addition, I was kept on the card 800 dollars in bail for the car, it's been 4 days and they have not been returned yet ... The funny thing is that there was no sense in booking the car, because VW Jetta, who should have expected me, was not there. There was another model with a manual transmission. In the end, after another half hour, I was given another car - a strongly worn

I rented a car for UK travel through this company. Europcar was the local company. TERRIBLE company. I bought Full Protection Insurance which is CDW from rentalcars.com. I had the paperwork with me when I picked up the car. Europcar told me that I did not have valid insurance on the car. I showed them the proof but unwilling to accept. I then had to purchase another $407 of unnecessary insurance. I have tried to get refund by contacting rentalcars.com and Europcar both who give me an automated response and then I hear no more from them. The car I rented was also terrible and not worth the money. It had 13 listed areas of external body damage that clearly was not repaired. Based on what I know of these scoundrels they probably charged the customer for the damage and kept the money not doing the repairs. Don't waste your money on companies that have terrible customer service.

I rented a car through rentalcars for two days in Strasbourg. I felt the rate was very reasonable: 52 Euros. When I got to the car rental agency I was dismayed to discover there was an 81 Euro city tax added to my fee. When I contacted Rentalcars they said the fine print on the contract disclosed that. This was not TRUE. The contract simply said additional local charges may be applied. I realize Rentalcars cannot control the city service fees, but they certainly can disclose them. Airlines can easily give you a breakdown of those fees on a plane ticket. Rentalcars.com could too -- they just choose not to in order to be the cheapest quoted fare but they will not be the most economical rental company in the long run. I would STAY AWAY. They have SHADY business practices!

I mistakenly booked for a pickup at my destination at 1am on August 18th instead of August 19th. When I tried to change my 2-week car reservation a few days later for a pick up at the correct time on the 19th, the rentalcars.com website forced me to rebook my entire reservation for an ADDITIONAL COST of nearly $200. As I couldn't believe that rentalcars.com would be expecting that I book a car rental for one less day for a HEFTY ADDITIONAL COST, I went ahead and called rentalcars.com to address the problem directly. What I received from their rep was a bunch of garbage advising me that I would need to rebook at the higher cost... despite the fact that I would have been willing to pay the same original costs while picking up the vehicle a day later (i.e., same rent payment for one less day!!!). This is no way to treat customers....

I have had a reservation with RentalCars.com (i thought, based on receipt of confirmantion) since March. Today when i double checked it, i learned it was cancelled a week after i made it! I NEVER received a cancellation notice as i did the initial confirm. When I called Rentalcars.com they basically told me i was out of luck as the cancellation was made by me one week after i made reservation. That was just not true that i cancelled it. I have had plans to travel to see the eclipse for over a year. thus i was sure to make hotel and car reservations in plenty of time. Which i did! I believe that to to take advantage of greater demand on this weekend, my reservation was canceled to make available for a higher rate. For the rental car.com to tell me that i canceled and a cancellation email was sent is just NOT TRUE!! This is the clearest example of high grading customers due to a extraordinary event! I will never use RentalCars.com again and would encourage others to avoid as well!!!

I choose to book car for 1679 SEK on 14/7/2017 and my final deduction wast 2349 SEK. When I complained about this, they said it's a refundable amount and you should get this back with in 28 days. After completing my booking, the next morning(18/7/2017) when I called them back and asked for the same, the statement changed 180 degree completely. Now they are saying it's not a refundable amount and this is charged because I opted to have protection. I explain a lot about this that I did not choose any protection money this was charged itself. Why would I call immediately after the booking if I would have added this intentionally. Customer care is not supportive and I feel like robbed.

We reserved a car on-line as part of an on-line discount offer. We picked up our car from the airport. I have rented from car agencies at the airport in the past, so we understood that the airport fees would be additional to the rates quoted for the rental. When we arrived to pick up our car, we were told that we would need to upgrade our rental since we were driving to the Grand Canyon, and we needed a car w a larger motor. I knew this was bogus. Next we were told that even though our own insurance would cover us for the rental, that in AZ we could be billed $150 a day by Payless if the car was out of service due to damage to the vehicle sustained during the rental period. Contract papers were being switched, re-done, all the time the prices going up. Scare tactics, and bait and switch games. Our final rental cost was 3x what we were originally quoted! We paid for a full size vehicle, and had to settle for a Mitsubishi Outlander. This is not a full size vehicle. In retrospect, we should have walked away, but fell for the con. DO NOT RENT A CAR FROM PAYLESS!!