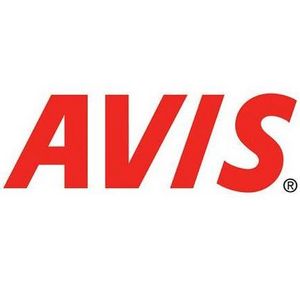 The only problem I have with renting a vehicle In New York is they don't take good care of their cars. Every car that i have rent was dirty inside and smelled horrible. Shame on you New York!!!

I was happy with the car and the very generous upgrade but was very very disappointed in Avis business ethics. I opted for the Gas Service Option which I read very thoroughly online prior to choosing thinking I understood this policy. I then ended up returning the car unexpectedly with a tank that was 3/4 full thinking they would only charge me for filling the car with 1/4 of gas. WRONG! They charged me for the ENTIRE tank to be filled along with an abundance of additional service fees as if it was empty despite being at least 3/4 full. This is an unethical business practice and has really soured my opinion of Avis. Just plain wrong. This added an additional $114.22 cents to my bill. Most expensive gallon of gas ever. Never, ever again.

I booked a Avis car through my BjS account, i booked a Ford Fusion for pick up in Tampa at 12:30. I got there early due to early checkout from my hotel, they let me take the car early which was great. The guy that helped us was very informative and helpful got us on our way in less than 20 min. When we go outside we had a very nice and clean Nissan Altima was new and drove so smooth thanks Avis will definitely use you again!

I rented a car in Farmington Hills on Grad River . I 've rented many cars before especially in Michigan .I had great service without any hassles. Mr.Jim who did all the paperwork was very friendly and helpful. He made sure that before I left I drove off with the car I wanted.Great experience. Would recommend. THank you very much.

We rented a car for AVIS on 9/13/2017 and returned it in perfect condition and full of gas as required by our rental agreement. I left my wallet in the car and when I realized what I had done I had to drive back to location as no one answered the phone and I had not received a notice text alert or call letting me know my wallet had been left in car. I immediately opened the wallet in front of staff once I insisted I had left it in car and they finally found it right there in lost and found. Of course every dime in the wallet had been taken. Approx $100 cash. When I mentioned this to the manager he said, "I can vouch for all my employees, no one here would have taken your money." OBVIOUSLY NOT SO! The manager at the Honolulu, Hawaii Airport location told me he would do his own investigation and assured me he would call me that night or the next day. NO CALL CAME IN. I called him 3 days after he was supposed to call me and he lied stating he called on 9/29. I let them know that if he could show proof that he'd called, we would let it all go. No proof was given. He said it was a he said, she said situation and too bad. We contacted the home office and "ALEX" assured me this would be looked into and I would receive a call back. He confirmed there was cameras. I said okay if you look at the camera footage and no one stole our money in clear view, we would let this go. No one has checked cameras or either they did and are keeping the truth at internal level and the hell with their customers. This company has no integrity and employees thieves and there is no accountability. I was offered $32 by home office and told they are not responsible if their employees steal from me. STILL NO CONFIRMATION OF VIEWED CAMERA FOOTAGE and NO APOLOGY FOR LYING TO US ABOUT CALLING US BACK. DO NOT RENT FROM THIS COMPANY AS THE CUSTOMER IS ALWAYS AT FAULT NO MATTER THE CIRCUMSTANCE.

My wife and I were traveling with our 1 year-old daughter to Charleston for a wedding and needed a rental car with a car seat to get from the airport to our hotel. On our way to the airport, we received notice that our flight was delayed and wouldn't be getting in to Charleston until around midnight. Suspecting that the Avis rental counter might be closed by the time our flight got in, we called Avis customer service to check how late the counter would be open. The phone representative we spoke to told us in no uncertain terms that the counter would be closed by 11pm and that we wouldn't be able to pick up the car until the following morning. Since we had our daughter with us, we couldn't just take a cab from the airport, so we called, arranged, and paid for a car service to pick us up with a car seat at the airport. When we landed in Charleston, it turned out that the Avis counter was still open after all, and the phone representative we spoke to was wrong. Despite being able to pick up our rental as originally planned, it was too late to cancel the car service since the driver was waiting for us when we landed. When we explained what happened to the Avis counter representative, he was very apologetic and accommodating, telling us that he would be applying a credit for the amount we paid for the car service to our rental total. At that point everything was good except that they provided an extremely cheap and unsafe car seat that we had to swap out. Fast forward to today, and after multiple phone calls and emails with Avis customer service, Avis took weeks to undue an overcharge of almost $300 on our credit card and has refused to provide the credit for the car service promised by its representative. It's clear to me that Avis prioritizes its profits over serving customers and following through with the promises made by its representatives. Do yourself a favor and rent with another company. Avis doesn't deserve your hard-earned money.

NEVER use Avis Rental. The company uses bait and switch, long lines and out and out lies at the rental counter! They are snakes and will "misrepresent" the upgrades if you chose to go with one. Once your rental is returned you can easily find out that the rental will more than double your rental bill. Sky Harbor in PHX is bar far the worst. I tried calling the Manger on Duty only to find out that he/she will never answer the phone, or return the call. Please read reviews... this company is a scam!! One would think that a major car rental company like AVIS wouldn't have to resort to these tactics!!

They have terrible customer service both in store and over the phone.

We rented from Avis-Budget in Israel and had the worst experience of our lives. The car was delivered to us in a dark garage. When I arrived to pick up my family, it was clear that the car was a wreck, complete with cigarette burns, blood stains on the ceiling, rips in the seats, rusted handles..The stench became evident after the air freshner wore off. We were on our way to a memorial service but called to ask for an exchange. Nobody answered for 24 hours (to which a local Avis rep said- hey that happens in the US too) When we returned it we were told that they had been too busy to check the cars they sent out. We asked for a refund minus the insurance. They offered us $40 if we didn't complain. We opted to take it up with national Avis to discover that it would have nothing to do with it other than say tough luck. You have other choices. Avoid Budget-Avis particularly overseas. They just subcontract and abrogate responsibility. Pictures are available.

Stay away from Avis. I reserved a car on 5 weeks in advance of my scheduled arrival on Dec. 21. Avis sent several confirming emails, as recently as 2 days before I arrived. It seems that Avis can take reservations but can't honor them. They said they had no cars available.Their little rental office was crammed with irate stranded vacationers whose reservations were dishonored. Their staff became annoyed at the protests. Most of us lost several hours trying to find cars elsewhere, after an already long travel day. I will never again use Avis ANYWHERE. No one can trust Avis.