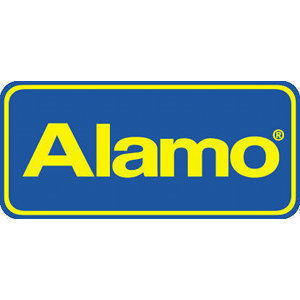 First of all, I made our reservation with Alamo online and then I should have known the whole company is a bunch of scam artists. I looked under the sales and deals and got a price and then I decided to look at just the regular pricing, so I opened a new tab and low and behold the regular price was CHEAPER than the sales and deals. Right then I was thinking "wow how much more money do they get by people thinking they are getting a better deal in the "sales and deals" link." I decided to go against my gut and made the reservation anyway, using the pay now and save more! When we arrived to pick up the car they ask for my driver's license and I told them I was not driving, my husband was, I just made the reservation because I am the one who pays the bills. So we gave "Rob" my husband's license and he said "we charge ten dollars a day extra for additional drivers." I told him that I was not driving AT ALL. He told me that the reservation was under my name and we couldn't change it to my husband. Then he convinced us to get the fuel for 2.75 a gallon, what a deal! Except it wasn't, you can't choose how many gallons you want. He charged me $43.94 for fuel. When we dropped it off we had only used half a tank, but instead of subtracting money they charged us more, now it was $49.43. It ended up being more than $5 a gallon, we would have been better off filling it up ourselves. Plus, most airports have a gas station close or on site. Do not get the fuel option, if you do make the mistake of using Alamo. He also tried to convince us to get their insurance, I said "no" because I have travel insurance through my credit card and most car insurances cover rental cars. Even though I made the reservation online and it states "save time, save money" it did neither. It took us over 30 minutes to stand in line (5 min) and then deal with Rob, the man checking us in and charging us more. He was also rude and had a different man standing behind him who didn't say anything, which

I would give zero stars if possible. We booked our car with Alamo in Atlanta. They tried to upsell us since they did not have a standard car which we declined. They gave us the upgrade anyway. When we returned the car, the person checking would not give us a receipt and said it would be emailed to us. We never received it. Then we received an additional $320 charge on our credit card which we disputed. They responded that we turned in the car late (we turned it in on the day and before the time on our reservation) and charged us for a full tank of gas. We filled up the gas tank about a mile outside the airport. Our credit card company will not reverse the charge because we don't have a receipt. We are going to try to fight this with Alamo but I sincerely doubt they are going to be helpful. Stay clear of Alamo.

Beware!! If I could give zero stars, I would. Two of their cruddy tires popped when I scraped a curb and they sent me a bill for over $3600.00!!! They do not document other issues that are a problem with the car, be firm if you notice anything. They say they had to replace tie rod and steering gears, for scraping a curb in a parking lot going less than 5 miles an hour. Absolutely Ridiculous!!

We rented a car earlier this year in FIGARI Corsica via the internet, which we had to pick up at the ALAMO desk at arrival, which was inspected at return by ENTERPRISE (related to Alamo), and for which afterwards we had to pay a Damage bill to ATF LOCATION Porto-Vecchio. At arrival, I inspected the car quite thoroughly both on the outside and on the inside. The only mistake I made was that I did not go on my knees to inspect the outer bottom of the car. When we returned the car, literally the first thing they did was inspecting the bottom of the front bumper. There seemed to be a scratch width ways. Since I had inspected the car at arrival, arguing over the damage at return did not help. Enterprise asked my contact information, so that they would be able to inform me on what would happen next. I did not get any email at all and no one called me or left a message. A month later, more than 400 Euros for this scratch were taken from my VISA reserve without any notice! I am travelling quite a lot for both my work and in my private time. Never experienced anything similar when renting a car.

BEWARE!!!!! Always check your car for a car jack before driving out of the lot!! We rented the SUV in Cleveland, Ohio. Got a nail on our tire in Virginia, but NO jack was in the car to put on a spare tire. After waiting 3 hours for roadside assistance and charged, we were not allowed to get another SUV because our original rental agreement was in Ohio. Virginia doesn't care because we didn't rent from them. They REFUSED to give us another SUV, but put us in a dangerous truck. After we called customer service again, they made US pay the tow to take it away. Then we waited 4 hours WITHOUT any car, just for them to bring us ANOTHER truck. A very dirty truck, that had a gas tank of EMPTY. We lost so much valuable family vacation time without a vehicle, and constantly on hold trying to get an SUV we originally rented. When they agreed to pick up the last truck, they said they were done. They were not going to replace it again. We would have been stranded in VA, and they didn't care. Our rental agreement was for an SUV, and we drove home in a very painful Nissan Frontier. We were forced to put our luggage in the bed of the truck, and my daughter was going through hip PT is now in severe pain. Our luggage is ruined, and the drive home was physically painful. Alamo RUINED our family vacation!!!

I rented from Alamo several times and was always happy with most aspects. When renting I usually only rent for out of state trips or very long drives, I've used a small compact through to a suv. Each time my cars were clean, and running well. Prices were very competitive with other rental agencies, unlimited drive miles and the cars were easy on gas. I usually opt in for their insurance, never had a problem!! One time I did not opt in for their insurance and still never had an issue! I kept the car clean, filled up before returning and everything was easy and exceptional. When they ran out of a car I ordered ahead of time, they also gave me a better model for the same price I already paid. Always friendly nice people and received a final receipt when they go over the car before I left (not one unexpected charge either). Only reason I gave 4 stars is they won't allow debit cards even when they can hold the money on the card until it's paid.

I rent a car in Apr 2017 in Vancouver, I have paid all car rental fee before leaving Canada. Actually, there were many additional charges already. In May, Alamo charged me CAD$106.9 and claimed this is a citation charge. After that, Alamo charged me CAD$88.9 again for citation charge in Jun. I didn't get any parking ticket in Vancouver and I don't know why there are so much citation charge!! Alamo made me to cut my credit card to avoid many other charges and caused me troubles!! The only good thing is its staff in Vancouver was helpful. Please consider seriously before using Alamo!

Read the fine print at the desk when getting your vehicle don't listen to initial here, here, etc and don't be intimated by the long long behind you. Because they verbally disclose nothing. You sign it you pay for it. Doesn't matter if you already have a price quote from them. They will up your price and say nothing to you.

Rented a standard size car and was upgraded to a full size. When we were escorted to the isle of cars we could choose from we selected a Jeep. After leaving the garage, we found we were given a Jeep Compass, a mid sized car. We did not have time to go back and correct the mistake. When we returned the car, we were rushed through the process and had to catch the airport shuttle to catch our flight. When we rented the car in Phoenix, AZ we were told we could get to Yuma, AZ and back on one tank of gas, it took a tank to get to Yuma and another to get back. While in Yuma we used two more tanks. It turned out the car only held 12 gallons. This was a totally unacceptable experience for my wife and I. I will never use Alamo again.

If I was able to give 0 stars that would be my option. Last night as my family and I were leaving the Alamo exit gate, the gate barricade arm came down while we were proceeding to exit. By the barricade arm prematurely coming down this caused damage to on our car on the roof of the car, both doors on the driver side, and popping both of our rear tires with the spikes that are triggered to come out when the barricade arm comes down. There are no signs that say one car at a time or anything like that. However, there are signs that say wrong way, stop, serve tire damage, don't enter, and warning do not back up severe tire damage. We were not backing up we were exiting, driving forward, and were over the sensor when the barricade arm came down. However, Alamo is claiming no liability and would not even provide us with another car to get home last night as we could not fit in the tow truck. The manager on duty was Andre and the clerk was Susan. Oh I forgot to mention that was the second time we had proceeded through the gate and the first time we had no issue getting out because she held the button. If you are wondering why we had to go in again well I forgot something in the rental so we had to go back. We arrived at Alamo at 6:30 and were not able to leave until after 9pm if I remember correctly. The customer service experience was HORRIBLE and I will never rent another car from Alamo and if I can save someone the heartache of dealing with this this is what I want to do. Spend a little more money and have a great experience.