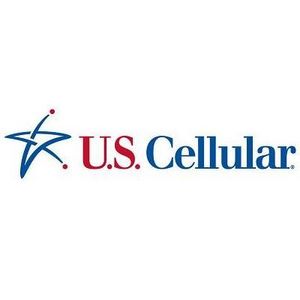 My husband used this phone as an emergency phone It was very affordable, The cell phone plan works in most major cities, But if you are in a rural area you just wont get s signal until you get back to the signals,Which normally don't take long at all. This is a great company and I would Highly recommend them.

I use Us Cellular. Its one of the limited options available to me here. It works good for phone calls but the texts are delayed & the data works in limited areas. I wish i had other options as id definitely switch.

They have good deals often; like cheap prices for phones and free phones (but you pay for a few months, get it refunded, and repeat, and it's a contract, you have to pay the whole amount of the phone if you plan to shut it off.) That's the main thing I like. And I like that they do payment arrangements. The bad... They shut you off WAY too easily if you're late on a payment. I sometimes get behind but always manage to get back to my normal bill and pay off the current one as well. They shut you off in about 3 days after being late, if that, AND charge you $25 per line to turn it back on!!!! I had 3 lines at one point! I was NOT happy! Oh and they don't give you a warning that you'll be shut off! -_- Unfortunately, it's the only cell company that works in my area.

I am a current customer and don't really have a choice for carriers because US Cellular is the only one with decent service where I live. My bills keep going up and up and up, and there ARE definitely hidden fees! Don't believe those ads on TV!!!

I had this company about six years ago, and I'm not interested, or impressed of ever going to back this service. I signed up with four people into my house for four phone lines of course. Well, at first they gave me a good promotion that sounded appealing at first, and gave me some good deals that I thought was a good deal. I was totally wrong in the long run with the appealing and deals. By the six month they were raising their prices on my bill, and their deals were not "Valid" anymore from what I got from the customer Representative. In another term the customer service there is terrible, they have horrible waiting times on their phone, and once you get someone on the phone, they tell you to "turn your phone off", "turn it back on", and so forth like they think the issue I told them is that, and I had to fight with them a good hour to finally realize what was going on, I would never telly anyone to use this service. I've had a terrible business with this company.

I signed up for a promotion to change from another service to US Cellular to get a free phone. The phone is not free. I went to the store, answered all the questions and got my Iphone 7 plus. I declined the device protection service, I am getting billed for it anyway. They tell me it is a requirement for the free phone. Then they give you a $100 gift card and talked me into getting a set of head phones. Well the gift card goes towards the free phone. If you spend it on the accessories you have a $25.60 a month charge for your phone. I am not seeing where this phone is free. The service sucks. I live in McAlester OK, we have 2 store in this small town. My service drops in and out all the time. Usually when I need directions to something or trying to text someone for information. If I travel anywhere the service goes to extended and nothing works but making out going calls. If you don't have many friends or use this service while traveling, it may be for you. I think they suck.

I live in a town that doesnt get much signal..but this company works great!

I started at the beginning of 2017 with US Cellular to get internet hotpsot services at a remote rural location. The service is spotty, but that is not the issue. I was told that it would cost $40/month for unlimited (but throttled)data , or $30/month if I elected to autopay. I thought I was set up on autopay, but was not. I never got a paper bill, but found out I was not on autopay when the service was disconnected, I eventually drilled trough their call-avoidance system, and set up autopay. Then I was charged for being disconnected, charged for "reinstatement', charged for "restocking", etc. I paid all this on autopay, but they still refuse to give the auto pay discount because it can take 1-3 billing cycles for them to deign to do so. And they charged additional late fees because they "autopaid' themselves the day after they were supposed to! Just to clarify, even though I was on autopay, and my bill was paid through autopay, they charged me a late fee for that autopayment, and refuse to give me the discount for using autopay, and refused to specify a date when they would start honoring the promised discount. I have never paid less than twice the promised $30. I am actively looking for alternatives.

I waited in the store for almost an hour before being helped. Other customers were being helped before me although I made it apparent I was still waiting. & also called ahead of time to say I was coming in and needed a quick visit. I felt ignored and disrespected. I would not recommend coming here or getting service here. I also spent my day communicating on the phone with them and after 7 calls I was told to come into the store for help. Very irritating experience. Will not do it again

My Wife, myself and all 4 of our children went with US Cellular way back when.... When we got the service we had "unlimited data"! After having the service for over 10 years, suddenly we did not have the same plan and received an enormous bill from them. We called to complain and told them we had unlimited data, to which they responded saying WE called in and changed our plan. Really!? We are going to take our kids off of unlimited data and replace with a plan that has less data than we actually use? Of course we couldn't get through to them that we did NOT change our plan and paid the bill and told everyone to not exceed said data. Well, the next month came and we got an even higher bill that confused us because we had been watching our data usage. Our monitoring did not match what they said we used, go figure. Paid that bill. I had kids turn DATA OFF. Guess what? The following bill was DOUBLE the previous month! I skipped over to another company before the service was interrupted and have been harassed with bill collecting calls ever since. If I came into a billion dollars I would not pay US Cellular a penny for their unlawful tactics of first changing our plan, then charging us absorbient overage fees, then flat out lying about our usage as our DATA was off and we used the house wifi. This company is a rip off.