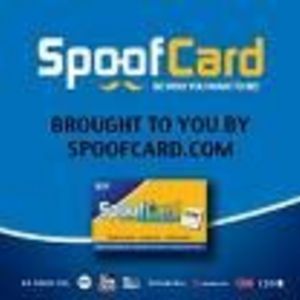 I must admit when I first found out about the Spoofcard I was curious. I couldn't believe that this type of technology is avaliable to the general puplic, so I had to give it a try! I purchased something like 60 credits which is equal to an hour, for under 15 bucks. Once I purchased the card, a pin number is provided to access your time. Now I used this to play a joke on my mother, she's a good sport when it comes to pranks. This is how it works, I dialed the toll free number and entered my pin, then it asks for the phone number you are calling, then I was able to put in what number I wanted to show up on her caller ID, like the hospital or the lotteries phone number. Spoofcard has even made it possible to disguise your voice, and include background noise which is pretty cool. I made sure to record the call to my mom, so we could have a laugh later. Which we did! If this card is used for entertainment purposes, I feel it can be fun. BUT I can see this being used in so many negative ways that I'm surprised it's still on the market. Americans already have enough to worry about regarding scams and identity theft, and this could be a tool used for those purposes. I had a friend who used the Spoofcard to cheat on her husband. She would say she was still at work or out with friends when she wasn't. All she had to do was put her work number in as the number to be displayed and nobody would ever guess she wasn't at work. The Spoofcard has its pros and cons, if used as intended it can be a fun way to play a joke on a friend. But there's too many sneaky bad ways this card can be used for so I have mixed feelings about it. The Spoofcard does what it is intended to do, and that's the bottom line.