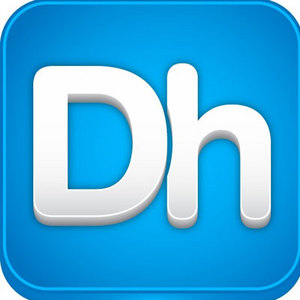 Well here have another free dating site in the same vein as OkCupid.com. Having been on these sites for two months, I have a great impression overall of how these sites function though in general it won't take anybody much time to see if these sites are for them or not.   Let's get to the Pros:   *Complete free to use and contact members. That like OkCupid.com's website is the biggest pro this site has. You can contact whoever you want and when you browse someone's profile, they'll know you've been browsing them. The site is huge as far as members go, so you'll have a lot of opportunities for dating.   Another bonus is when browsing for profiles, you'll get all the information to see if they are match. What their age is, what their age range is, how many miles they are from you, what they look like, and most importantly what their match is.    There's also a part of the site when you log in that discuss potential first date ideas for you and your date. *Get alerts about gettogethers in your area. Every once in a while, you'll get an alert about a social gathering in your area along with what the entrance cost, whose attending and so forth. The criteria and plans for social gathering are a mixed bag. However, at least it's an attempt to bring singles together.     Cons:   *Awful peer advice. Most notably the site advertise Profile Reviews as a guide to help singles meet that special someone. The peer advice from certain losers on the site (Ron). Afing is utterly dreadful. Their advice is  given in a berating, condescending type of way that it's hilarious that anybody take them seriously. Almost reminded me of the Epinions losers serving as "Advisors" on Epinions.com    Afing has a hilarious picture with Ronald McDonald on his main profile? WTF? I don't know about anybody else but somebody main profile pic standing next to a fast food mascot isn't somebody whose advice I would take seriously. Complete jokes. It's hilarious that idiots like these make themselves the authority on profile reviews.  I generally don't like calling out usernames in website but when I see somebody whose far from an expert acting like they were and giving out advice in such horrible fashion somebody needs to say something.   Cut long story short avoid these idiots and avoid Profile reviews in general. Glady most people do avoid this part of the site and have many friends and plenty of opportunities to mingle   *Online Forum. I said this was a drawback to OkCupid.com. As with most things the quality of not having something and having it depends on the usage and how well it's maintained. Datehookup has a wide variety of forums. All uncensored. However, their overall moderation tends to be very poor. A lot of stupid threads, racist threads, nonsense threads. Hell this is like an adult version of Myspace.   There are few threads on the site which I would consider useful such as the "Dating stories" and "General Dating" where members dating in general sometimes they'll even discuss their dating experience with members of the site (Very helpful). The forums then are ok but need a ton of work as far as moderation go.   Overall impression of the site   3 out 5 stars (Average)   I might have rated the site much higher had it not been a free site. I covered the Pros and Cons and leave up to readers to see if this site is worth their time.   As with OkCupid.com there are no guarantees or high success rates to brag about. Of course that's not what the site will tell you obviously. You'll have the same chance of meeting people as you would on a pay dating site.   I'd recommend it but it's a very lukewarm recommendation. Enjoy.

DateHookup.com is one of the biggest dating sites out there.  And it's 100% free so you don't have to worry about them trying to get you to pay to talk to people.  They also have the most active dating forums and groups anywhere.  Easy to use and lots of people to talk to.  Stop wasting your time on the pay sites, all they care about is taking your money.  DH has more features and is way more fun than the pay sites.