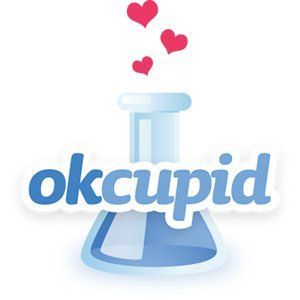 This site is really good as far as free dating sites go. Honestly I used several paid and unpaid and I was most impressed with this one. Although some of the math questions it asks are rather irrelevant in my opinion, I did meet the love of my life on this site. We have been together almost 2 years and been married almost a year. I recommend this to all of my friends who are looking to try online dating because it worked so well for me!

Been on OKCupid for 2 months now and the experience is really disappointing to be honest. All I can say is: If you happen to be a really attractive woman with an outgoing, fun personality, this site will have you swiping left 95% of the time. The 5% of dates you go on will be with men who are average or below average looks wise and who pass a vague resemblance to their actual pics. Personality wise they will be creepy, on a rebound **** fest, socially awkward or just plain uninteresting...or often times a combo of all four. Terrible. Coupled with their sub-bar faces you'll be ending the date early so you can go home and chill with your Netflix. If you happen to stumble upon a genuinely attractive guy with a seemingly interesting profile, it's almost 100% guarantee that the pics are fake or of some IG male model. Seriously. Steer clear of OKCupid, ladies.

I have been a member of OKCupid for several years. I have met several nice people there but most recently about 90% of the users that contact me are catfish and scammers. There are catfish and scammers on every dating site. Monitoring of OKC used to be very diligent and profiles were deleted quickly once reported. Now it's several days or up to a week. But if you are patient, eventually real people can be found. Just be wary, look for the scammer grammar speech, avoid profiles that are Native American Vegetarian, Engineers that travel a lot in their jobs. Not to insult any actual Native Americans that are really vegetarian and engineers. But that has been the profile of every single scammer on OKC that has contacted me. Additionally, Google Image Search is your friend.

Thank you okcupid for giving me my soulmate. I can't imagine a life without him in it and we may have never met if it was not for you.

OkCupid is a good place to start if you're looking for a internet dating site. There have been some problems though. You have to pay a monthly fee to see who likes you and if someone read your message, but in return you can visit peoples site and not worry about them seeing that you visited (Works great if you visit people who are starkers IRL, Happened to me once, visited a girls page, wasn't entrusted in her, kept sending me messages.)

For anyone serious about meeting someone substantial DO NOT BOTHER.

It's definitely something fun and a unique experience compared to other dating sites. I was hesitant on dating online because i thought online dating was for middle-aged plus lol, but actually I felt perfectly at ease with this site. I do believe it is more for the "younger" crowd, with all the quirky quizzes and things. I met my long-term boyfriend on this site and we've been together for 6 months now :) There are a lot of creepy guys on the site, and there are some who are genuinely trying to find a good relationship.

All the dating sites suffer from the same basic flaws. For one thing, they have the naturally counterproductive business model of a drug company. If they cure you, you don't come back, so the idea is to keep you...forever. Now that OKCupid is part of Match, their goal is to entice you to pay. Gone are the days of the OKCupid blog with all the fun and enlightening statistics. They used user-generated tests that were aimed at matching people up. They're all but gone now. The questioning is still there, but their algorithms for determining matchiness has never made much sense (if one potential partner wants kids and the other doesn't shouldn't that automatically qualify has 0% match and 100% enemy?) Second, they try to cater to a wide audience with different wants and needs the same way. Consider two single 25-year-olds versus two divorced 50-year olds with children. These pair are at different stages of life looking for different things, yet OKCupid treats them the same way. Hint: it's really geared to the former, not the latter. Third, profiles can be open-ended. That is, they can contain virtually no information or they can be filled with photos, questions, tests. There is no set bar and no real mechanism to entice the former to become the latter. A way to reverse this is to make the lazy people pay. Give them 30 days to get a feel for the site and then they either fill in their profile or start paying up. Men overwhelmingly email women who are thus overwhelmed with emails. There is no filtering mechanism to manage it. (POF offers this, but it's strangely voluntary, not mandatory.) Some people are bound to have success here. They are after all bringing people together who do want the same basic thing. Do with enough people long enough and there's bound to be some measure of success, but they're not going out of their way to help with it. Ease of Use It's pretty easy to fill out profiles and the searching is reasonably sophisticated, though it's based mostly on cosmetics and their determination of matchiness. Customer Service They're keeping the site up and running and things work, but there seems to be an active effort at maintenance and nothing more. Features OKCupid has a lot under the hood in terms of the questions, tests and personality descriptions, but their making less and less use of use of it and they're not encouraging their members too either.

I have had my fair share of dating website profiles just to see what's our there. Okcupid.com is a decent website when it comes to free dating sites. However, I feel it is aimed at the younger crowd. They give you a questionnaire to fill out so that they can match you with people similar to your tastes. They also ask silly questions that get put directly on your profile. They have a creepy feature where you can wink at people. If I was 16 maybe I would use Okcupid.com.

I signed up because this was the only full-service free dating site I could find. I can search, see who viewed my profile, and send emails at no cost. That being said. . .to some extent, you get what you pay for. A lot of people post photos that aren't very flattering or aren't even of them (even though the site's policy clearly states that such photos will be removed). It is nice that you can indicate what you are looking for - friends, dating, pen-pals, casual sex, etc. - but I have not experienced a great 'return' for my efforts on the site. A lot of men haven't responded to my messages (not even a 'thanks, but I don't think we'd be a fit'), and over a dozen have emailed me very crude. . .um, let's call them "invitations," even though my profile says I am looking for friends or dating, not hook-ups. The matching system also needs some work; I have asked for people 'near me' (within, I think, 30 miles), and I am getting suggested matches from over 50 miles away, plus lots of views from other countries (I am apparently quite hot in Finland. .. ) I have had 5 dates/meet ups from the site in about 3 months; one led to several dates, one was a disaster, two were 'meh,' and one was actually a friend I haven't seen in years, and we've rekindled a great friendship (go figure.) I am also on a paid-subscription site with no major difference in success. I would say overall, this site's as good as any other, and much cheaper.