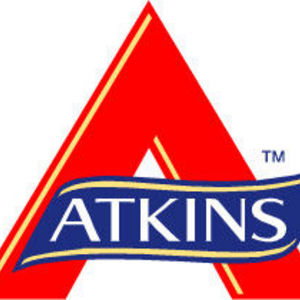 This is the second time I have tried the Atkins diet. The first time, I was not really that on board with it but made it through induction and into phase 2. I lost 14 pounds in the first two weeks...1 Pound a day. This time, my husband and I are participating to jump start our weight loss. We are doing it as a kind of detox. Today is day 9 of induction and we have each lost a pound a day so far. We are sticking pretty closely to the instructions though we are not counting our carbs very well. That is mostly because we are not getting the entire 20 carbs a day. It is very tough but if basically boils down to eating healthy. We are having at least one salad a day with mostly spinach, meat, tomato, egg and cheese. We are using avocado and cilantro to create a creamy dressing for them. We are enjoying using the app to find recipes and that has helped break up the monotony during this second week. We have found a few recipes to try. We also spent an arm and two legs on some of the shakes and snack/meal bars. The dark chocolate coconut almond bar is delicious...for a diet food. We are also doing little things like using ground turkey and turkey bacon instead of real bacon and beef. Bottom line is I would recommend this to someone who needs to jump start their weight loss journey, Take it slow and don't weigh yourself all the time. I would advise you to check with your doctor before starting this (or any diet) to make sure you are healthy. Also, if you do not exercise, you WILL hit a plateau and get discouraged. Good Luck!

As a person who has tried a lot of diets, I read the Atkins book to see what I would be getting myself into. The idea of Atkins is that instead of burning carbohydrates for energy your body will burn fat. The key to that is that depriving your body of the carbohydrates, so there is no option. As you level out and find the area where you want your weight loss you begin to reintroduce some carbohydrates (fruits and such). For me, as a nurse, the Atkins diet just is not something I can get behind. The principals are too difficult and it is to easy to get yourself off track. I do however have a family member who swears by Atkins, and has for about twelve years now. On the diet your weight will yo-yo up and down a bit, but after rereading the Atkins book and getting back on track, it is quick to come off. Atkins requires more will power than I am willing to put in, and on top of that a potentially dangerous play with your metabolics. I'll pass thank you.

I understand the thought behind this diet, but in my opinion it is crazy. I will say that you will lose weight at first. You can actually lose a lot of weight at first. My problem is that your body gets used to doing things a certain way and then when you go back to eating anything off of the diet path your body doesn't know what to do. It becomes a cycle of losing a bunch of weight, but then gaining back more than what you lost in the first place. I would never do this again. It's not healthy to have a diet packed full of meat. It's not good for your heart and health. I know other people that decided to quit this diet as well. There are many other diets out there. Effectiveness It is effective at first, but then you end up gaining it all back and then some. This is not just my experience. Side Effects I felt more tired at times. I also found myself getting more headaches. I also had to deal with constipation. Ease of Use There is a big problem with only being able to eat certain types of foods. Unless you are doing all of your cooking at home it could be an issue.

The basic essence of this diet is to cut the carbohydrates and mostly focus on eating protein. I tried this because some of my friends had some effect with this diet. I tried for about three weeks and lost five pounds. What I liked about this diet was that compared to others, I didn't feel that hungry while I was doing it. But because you eat so little carbohydrates, I think your brain function gets slower. This was a big problem for me because I have a job where I need to constantly use my brain. And it is very difficult to sustain the weight lost because once you start back on the carbohydrates, the weight comes back as well. Effectiveness You do see a significant weight loss because you cut a lot of the carbohydrates but the sustainability of the weight loss is questionable. Side Effects Your brains starts functioning slower than normal. I think the brain need carbohydrates to function well. Ease of Use This is an easier diet than most because you don't feel as hungry while you are doing it.

Unfortunately, the Atkins diet is just a bit too unrealistic for the general population. Therefore, since it is not very easily applicable, it is ineffective for most people. Eliminating or greatly reducing carbohydrates is exceptionally difficult for most people because many of us seem to follow a typically carb-dominated diet and have great appreciation for the flavor and energy-boosting abilities of carbohydrates. Personally, when following the Atkins diet, I was always feeling like I did not have enough to eat and did not have nearly enough energy, which in turn did not motivate me to do any exercise, which of course ultimately led to an unsuccessful diet as a whole. Singling out carbohydrates as evil, which the Atkins diet seems to suggest, is not the best diet advice to follow and will not yield the results you are seeking, which is a slimmer waistline and healthier body. I was disappointed and unimpressed by the Atkins diet.

Lost a decent bit of weight on this diet to begin with and nice to be able to eat a lot of the meats I love. But in the long term not enough results to justify the diet. Effectiveness The effectiveness in the short term actually seem much better than in the long term. Lost a lot of weight the first couple months and then plateaued. After that point lost very little on a monthly basis making this diet feel more like a fad than an advantage. Side Effects Weren't a lot of side effects to the diet itself short-term. In the long term, unless you are just eating lean meats only, could have cholesterol and other high fat related issues. Actually took in a decent bit of cholesterol and fat even when trying to eat leaner meats. Ease of Use It is a pretty easy diet to be on if you mainly like meats and not a lot of sweets and snacks in excess. It was one of the easier diets I have tried to do over the years and it is nice that you don't have to buy a bunch of foods as part of the diet itself.

This is the only diet plan that I would consider using because I know that it works for me. I am not typically considered to be overweight, but since I am rather inactive during the winter months, I find that I need to shed about ten pounds each spring to get back to my more normal weight and to feel more comfortable in my clothes. I have used The Atkins Diet for the past fifteen years, but only for a short period of time each year. It is an easier diet than most because you don't get hungry since you are allowed to eat......just not carbs. It does take a bit longer to shed those few pounds as I get older, but The Atkins Diet does still work for me. I use to achieve my weight loss goal in about two to three weeks, but it now can take four to six weeks. It does take willpower to give up my sweets and breads, but as I lose the amount of weight that I wanted to lose, I actually find it hard to give in and start eating carbs again. Just make sure that if you are going to cheat occasionally on The Atkins Diet, do not cheat during the first two critical weeks.

I was very displeased with my experience with the Atkins diet. I got a free calorie book with 3 free snack bars when signing up for the program, and I thought they were delicious! However, I was sad to see that they did not focus on eating balanced meals with the right amount of nutrients, proteins, and carbohydrates-rather, they cut off most things to only give you proteins. It is a very hard plan to follow, and I lost interest in a few weeks. Even though I did lose a few pounds, I was very hungry and I ended up gaining my weight back and even plus some at some points when I was on this diet. I would recommend people to look elsewhere. The point of a diet is to eat healthier, not eat less. Balance your food groups, not just on one. Effectiveness For a certain point of time, it does work. However, the yo-yo effect is often in effect with this diet. Side Effects Horrible for long term use. Every time I lost weight, I would somehow always regain it back- most likely due to the missing carbohydrates I needed. Ease of Use I found it very hard to adjust to. I stuck it out for a week or two and ultimately gave up due to the strict rules of this diet plan.

The Atkin's Diet is focused on large quantities of protein with absolutely no carbohydrates or sugars, at least in the beginning. Over time you can slowly work very small amounts of sugars and carbohydrates in, but I never made it that far in the diet to be able to report on that part of it. I've had friends that have, and they've all said it's a very difficult stage. When I was on the diet, I didn't really pay much attention to the Atkins snacks, and drinks and all the extras they sell in addition to the basic books that are also offered. I stuck to the basic rules setup for the diet, ate lots and lots of chicken and turkey, and I also tried to limit the amount of red meat and pork, but they were still included. I also included lots of beans, garbanzo, kidney, and black, to add a little variety. I also included different types of cheeses, but tried to incorporate them sparingly given the high fat and calorie content. I know, they say this is all "good fat," but I still struggled with the notion in my head. The diet was really great at first and the first six or seven pounds practically melted off. After a while though the weight loss started to taper off, and I got really sick of the limited amount of food choices. After stopping the diet plan, all the weight that had come off ended up all going right back on. Pretty disappointing, but during the actual diet, it worked pretty well.