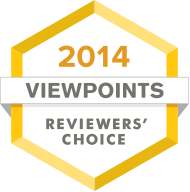 I loved the fact that you had a point system to follow. Much more effective if you keep the app and log everything in.

I went online to cancel my subscription because quiet frankly it didnt work for those of us doing it and then not only did I get charge two months in a row - they charged me for cancelling "early" because I didn't feel it worked for me and it was within the first 6 months. So much for money back guarantee - NEVER will I recommend this to anymore - you shouldn't have to continue to pay for or be penalized for a program that doesnt work for you

Weight Watchers is an excellent lifestyle program. You can anything you want as long as you have the points for it, so nothing is off limits. I made the lifestyle change in 1999 and continue to keep the weight off.

I quit because the prices kept going up, the instructors are non-caring and no one got in touch with me when I quit. Stop paying professionals for advertising and use the saving for the people who need to lose weight.

Love the WW eating plan-I feel and look so much better BUT dealing with the billing and trying to use their website is a nightmare!! Hate it. I became a Lifetime member July 17 and I'm still be billed thru Sept. On the phone is 'offshore' helpers-very nice but very difficult to get anything done thru them.

First, I signed up on recommendation of a friend who seems to like WW. Understanding the process was not very difficult. I had a personal coaching session and many questions were answered. I was encouraged to download the mobile app, saying it would be very helpful. I did. What a waste of money! It is not user friendly and provides no benefits over using the online app. Then, a few days later, the program went on sale for almost $20 less for the three month program I had purchased. I contacted customer service via e-mail who basically said, sorry, we cannot provide a refund. I then contacted customer service over the phone who said they would provide a refund and then do a new charge, the sum of which would be no net effect. Incredible! I should have looked at the many negative online reviews before I decided to start drinking the Kool-aid from this group.

I agree with all the recent reviews posted. I too am a lifetime member. I am never excessively over weight but do tend to gain a bit of extra weight every now and then, especially when I don't go to meetings. So this time I quit smoking last March and put on about 20 lbs. I tried using the Ww phone app but was confused by the new smart points system. So I went back to a meeting; where at which I was educated about the new program. While it gives some extra points, it is geared to keep you away from sugar and carbs. This totally defeats the purpose of weight watchers which previously allowed you to eat what ever you want. While ww claims that it still does that, two cups of Ice cream will kill your points for the day. A pint probably for the week. Having any kind of bread will also do you in. A burrito sized tortilla is now 11 points. I heard that it is because Oprah - a notorious diet fail took over the program. If so, what a joke. She is the last person who should be dictating a "healthy eating" program. Ww needs to rethink and go back to the old point system. While it may help to lose weight, it is now a diet and not a life style.

I have been a Weight Watcher member since 2002. I was doing just fine with the Points Plus system, then in January 2016, Weight Watchers converted everyone over to the "SmartPoints" system. This new system penalizes you, if you have a sugary treat, by tacking on extra points. I no longer see this as a realistic option for lifetime. I preferred having the option between the Core Plan and the Points Plus System. Now, there we are not given a choice and this feels like a "diet" not a new lifestyle. The beauty of Weight Watchers before, is that they would meet the individual where they were at. It is not realistic to expect someone, who is obese and eating tons of carbs, to all of a sudden, go to eating vegetables and fruits, and ditching all complex carbs. Interesting enough, I noticed this change came with Oprah buying out Weight Watchers. Her idea is not going over with a lot of people....too drastic for many of us, who used to love Weight Watchers.