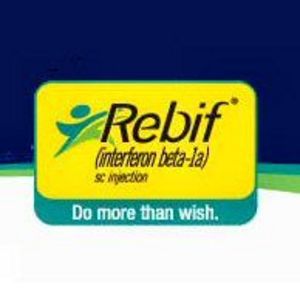 **5/3/2010 UPDATE:**  Since writing this review, I have had both thyroid lobes completely removed and am now no longer taking Rebif.  I will have to take thyroid medication every day for the rest of my life.  My thyroid was destroyed and I just don't trust that there aren't other complications lurking with this medication. ------------------------------------------------------- When I was first diagnosed with multiple sclerosis over a decade ago, there weren't many medications on the market that actually worked to slow or halt the disease progression. The most you could hope for was something that would help relieve the symptoms. Since my diagnosis, that has changed. There are now good choices for patients to choose from, such as Betaseron, Avonex, and Copaxone. I've been using **Rebif (Interferon Beta 1-a)** for a few years now. I've had fewer relapses and better good days overall, than I did when I was on Betaseron. Like the other disease-modifying drugs, Rebif is an injectable medication. It is given sub-cutaneously (just under the skin) three days per week. The medication needs to be refrigerated, but will be okay for several hours at room temperature if necessary (i.e., during travel). You have the option of giving yourself the shot in the traditional way; by directly plunging the needle into your skin. However, there is an available **Rebiject II Auto injector **that makes the process much easier for the squeamish. Using the Rebiject injector provides "convenience, injection safety, and less discomfort; plus you never see the needle." A definite plus for anyone who is freaked out at the thought of getting a shot. Rebif has similar side effects to other disease modifying drugs, such as injection site reactions (soreness, redness, pain, bruising or swelling) and flu-like symptoms (fever, chills, sweating, muscle aches and tiredness).In my case, I typically get a lot or redness and bruising, and I am plagued by muscle aches. I generally take a couple of ibruprofen an hour or so before I give myself the injection, and I always do it at night so most of the side effects will occur when I'm asleep. The needle on the pre-filled syringe is quite tiny, but don't let that fool you. The pH of the medication must be fairly acidic because the injections sting like crazy. Much more so than the Betaseron shots. My biggest concern about using Rebif is that I've begun having thyroid trouble since using it. The patient Medication Guide indicates that you should "tell your doctor" if you "have problems with your thyroid gland." Well, my blood test results were always in the normal range, yet my thyroid began to enlarge to the point where I had to have a partial thyroid removal in 2008.  Since then, my remaining thyroid has also begun having problems and it looks like I'll have to have it removed before the end of 2009. Did the Rebif cause the issue, or is it a coincidence? I can't say for sure. However, I've been in touch with EMD Serono (the drug manufacturer) to report the issue. I've talked to a few contacts there and they have been incredibly responsive and are keeping in touch with me.  I strongly encourage anyone who thinks their medication may have resulted in a major health issue to contact the drug manufacturer and the FDA to report possible adverse side effects.  **Rebif (Interferon Beta 1-a) **has been clinically demonstrated to slow the progression of multiple sclerosis. It's a powerful drug, so it is not without risks. It's hard for me to adequately rate this because it has seemed to slow the progression of my MS, but it may have contributed to the destruction of my thyroid.  At this point, I have no way of knowing if the thyroid problem is a coincidence or a direct result of the Rebif. Hopefully, time will tell. I will likely return to using Betaseron (see my review [here][1] ). To learn more about the pros and cons of Rebif, patient support, affordable access, programs, and much more, visit **MSLifelines** (*mslifelines.com*) for complete information and support. [1]: http://www.viewpoints.com/Betaseron-interferon-beta-1b-review-2abd0