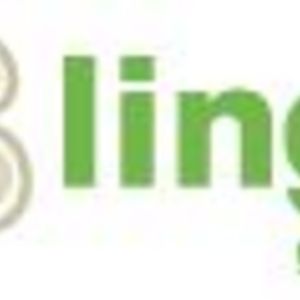 I tried them even after reading bad reviews.. and boy have I 'literally' paid for it! The actual service is ok.. if it works. Customer service leaves a lot to be desired. Hidden fees out the wazoo! I signed up for the $9.95 plan and ended up paying $15.21 a month. They charge you $9.95 for a LABEL to mail back the stupid little box. And if they don't receive it within 14 days charge you another $75. Call Quality When it works. It works. When it doesn't, it doesn't! I've gone a couple days with dead air on the line. Even after restarting. Thank god there was no emergency and backup cellphones in the house. Customer Service They barely speak english. They can't understand you. They're rude and don't explain anything. And just say refer to your terms of service. Compatibility Hardly ever worked. Was easy to install, but slowed down my internet for everything else! Calling Features It has a lot of features, but you'd better be prepared to pay!! Ease of Use It's kind of like a plug and play. Follow the easy to follow instructions and your set

Lingo VoIP is an alternative to traditional land line phones. It uses the Internet to carry the connections. I don't know all of the science behind it, but that's how it generally works. I've used Lingo VoIP in the past, and the service was acceptable, but not perfect. Calls broke up quite often, but it was a cheaper alternative to AT&T, which has a monopoly on our local phone service. Lingo also has free long distance in all 50 states, which is great--or would be great if it worked. I decided to go with Lingo again 2 weeks ago due to my family being all over the country at the moment. I received my Lingo Linksys router and installed it within minutes. Installation is easy and straight forward. There are instructions for those with one computer or a home network. Since we have a network, I used those instructions and had a dial tone in less than 10 minutes from set up. From setup, the connection quality was average to poor. After several days, I decided to up my Internet connection and see if that helped--it didn't. I then allocated more bandwidth to Lingo to see if that helped--it didn't. I tried to call Alaska yesterday, and they could not hear me at all. I talked to my husband here in town, and the connection was very poor, and our conversation broke up several times over the course of a few minutes.I've tried various methods of obtaining a better connection for 2 weeks, and I'm now done with it. I will be canceling my account and using my cell phone as my only phone from now on. Lingo is a great idea, but the quality was just not up to par.

I have used the Lingo service for a total of four years For the two years spent with Lingo I had the same router with same firmware. The sound quality is not always great and to resolve that issue, a reboot of the router is the advice you might get from the tech at Lingo. The features are great. The best technical advice you will ever receive from Lingo will be to reboot or to call you ISP. Great pricing if you don't mind dealing with the issues on your own.

I used to have Vonage and was satisfied, but Lingo offers free (or at least included in your monthly cost) calling to land lines in Europe. My wife's family lives in Sweden and this is a no-brainer for us. Even if the monthly plans for Vonage are similar in cost, the free-Europe calling is great. My wife will often speak with her sister an hour at a time, at least once per week. Even at 5c per minute (if you can find it that low), that's a $150/yr savings on her sister alone. Let's not even get into the 3x weekly half hour talks with her mom, and the occasional calls to her friends back home... My favorite things about Lingo: - Cheap! - For less than $30/month including taxes, I have phone service - Transferrable - We lived in Sweden for a year. I took my Vonage unit (the size of a cable-modem) with us and hooked it up to our broadband connection there. - We had our US telephone number while we were in Sweden allowing our US-based friends and family to call us for free and we could call them, and our Swedish friends for free! My least favorite things about Lingo: - Call Clarity - Let me be clear, it isn't BAD, but it is not as good as Vonage - Occasionally we'll have to hang up and dial again, and then we're fine - For the price, I'll take that occasional inconvenience

Having had several VOIP providers over the last 5 years, I'm no stranger to the game.  I first tried Lingo 2 years ago as an alternative to using my cellular minutes during peak time.  Recently, we were looking to move from the cable company's digital voice service to save a few bucks and I decided to give Lingo another shot (the $25 gift gard helped a bit...)Within 1 week, I called to cancel.  The same easy ordering process...the same poor quality calls.  Ordering was very easy.  I had my ATA within 2 days both times.  The web portal is about average in terms of it's usability.  Features were standard as with other VOIP providers.Having used Vonage, AT&T CallVantage, Comcast digital voice and Skype also, I had a pretty good range of services to compare with.  With Lingo, I would routinely experience delayed dial tone, dropped calls, incoming calls going straight to voicemail, and garbled calls.  I would compare the experience to using a cell phone in a very poor reception area.  In both instances the Internet connection was a very fast cable modem and speed tests confirmed that it wasn't the Internet connection (as Lingo support tried to suggest).Overall, an F.  A global telecommunications company like Primus should be ashamed for releasing such a horrible service and failing to improve it.  The cost is not the cheapest around, and in fact is only a couple of dollars per month less than Vonage.

I've had Lingo VOIP service for over 1 year now. For all my calls in the US and 23 other countries, I pay less than $26 with taxes included.The service works great and the way the "box" works it can provide enhanced calling depending on how you have your network installed. Since changing my network to DSL from Cable; my modem is the wireless router too, call quality is still good, but not quite as good as when you go from modem to Lingo Box, to router. Allowing the Lingo Box to take the bandwidth it needs to provide best quality does work the best. Since this switch, I've found it harder to send the occasional fax that I need to send and occasionally, the call quality is not as good.So, depending on your network and bandwidth; for any VOIP provider, you can have great call quality and features for a lot less than standard land lines. I save way over 50% from Qwest local only and per minute or flat rate plans they offer for long distance.I had Packet8 prior to Lingo. When they raised their prices and had a per minute cost to Germany, I switched. For the same fee, I can call anywhere I want to call.