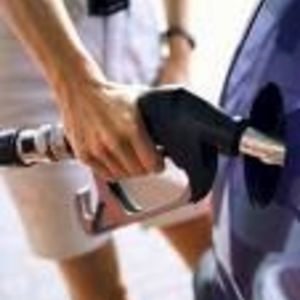 For Christmas I was given Shell Oil Gift Cards which I thought was one of the best gifts that I could recieve , as it is a gift I use every day. Well pulled into shell to fill up my car and there were 2 prices on the reader board  one for cash and one for credit. Now I am using my gift card so naturally thought it would be treated as any gift card and be the same as cash well not so I was charged 7 cents more per gallon then the cash price. So I thought oh the pump made a mistake so went in to talk to the clerk on duty and her remarkes to me well you used a card didn't you so it is credit, I told her no it was a gift card which is the same as cash. She said not here if you use a card it is treated as credit. So I have asked my family not to purchase gift cards for shell as I know other stations treat them as cash and to go there instead.

I don't understand how one gas station here in town can keep there prices at $3.99 when everyone had their prices way above $4.00. How could people be so greedy and take food and things away from kids. Having a larger family we have to drive a suv. So when we used to pay $40.00 afew years ago we are now paying well over $80.00.

I drive for a living, and i am really sick of having to fork out well over $100.00 a visit at the pumps. I often have to the pumps 2-3 times a week because of my job. My employer is not reimbersing the total cost of the fuel like they used to. I had to cut costs elsewhere in my home to make up for it. No more weekly dinner outings with my wife and kids. Needless to say i hear it from my wife quite frequently.

Sadly we have become a country with a government that is: For Big Business and run by Big Business, and we have no one to blame but ourselves.  Each time the price goes up we whine, but don't change our life style.  Our cities are designed for cars not for alternative sources.  It's dangerous to drive a bike in the road.  We need to protest, and we need to take action!  We need to walk, take the bus, or our bikes to work etc.  We will be much healthier and have more money in our pockets.

I am really unhappy with the current situation with gasoline.  It is really hard for anyone in these times to live easily.  I am concerned because of the greed of others, I may be stuck in the Bay area forever.  Is it too much for people to be charged a fair price?  Instead of the government going after those that are making huge profits,  they are again speaking of taxing the taxpayers.  How far is this I ask you?  The gas prices have affected all of us.  I am speaking about if you do not have the money to buy a ticket to get home now, the chance that in the winter time you may not be able to get there.  I have a lot of health problems and now I worry about what is going to happen to me.  All of my family lives on the east coast.  I wonder if the people who sell these items are concerned with the hardship they are putting on others.  We need to hold oil companies accountable.  Why should the be able to post records profits quarter after quarter?  I am sure this is allowed to happen because there are people in the White House who have a huge interest in these profits.  Their profits (oil companies) become their profits( White House). I just things need to be fair.  Tax the people and the companies that can afford it.  People are losing too much everyday because of the situation going on in our country.  What is it going to take to make our government to care more about the American people than the profits they are personally making themselves?

I PERSONALLY THINK THE THE GAS PRICES ARE A BUNCH OF CRAP, BECAUSE THE INDUSTRY RAISED THE PRICES AND PEOPLE STILL BOUGHT GAS SO OF COURSE THE INDUSRTY IS GOING TO KEEP THE PRICE UP.  ALSO WHY IS OIL FOR MY CAR SO CHEAP WHEN IT'S SUPPOSED TO BE SO EXPENSIVE......

I found this story from  "the gas secret dot net/m " From the desk of:www.Kacper M. Postawski,**" Dear friend being ripped off for gas prices,**  Let me tell you the story: **How The Smog In California ForcedOil Companies To Do Something TheyDidn't Want To... ** I'm not sure if you ever had the chance to visit California in the mid 70s. It was a **nightmare** - **environmentally speaking.** The **smog was so thick you could hardly see 15 miles out.** There was so much smog and pollution in the air, that if you were to stand on your balcony facing the mountains in Southern California, the only way you would know that the mountains were there would be if you had a map showing you so. Children in poorer families in the suburbs were getting **asthma and lung problems** at record numbers, the problem was really getting out of hand. If someone didn't do something about the air, L.A was heading to a future where wearing gas masks could be common. **Smog in California(1980s to 1998) ****What Happened to All That Smog? ** Today, if you were to visit California, and look out over that same balcony in L.A looking at the same mountains, you will probably notice that you ***can*** see them! The smog isn't completely gone, it's still a major problem, however, it's been **drastically** and clearly reduced. **Where did that smog go?** **How The Government MadeThe Gasoline More Effective ** In the late 80s, the California government set a **mandate for an emissions standard for gasoline sold in California**. And gave oil companies a maximum of 2 years to comply and come up with a solution. It was like saying: *"if you want to do business in California and sell your gasoline, you're going to have to do something to the gas to** make it burn more effectively and cause less pollution**, if you don't, we won't let you do business in California."*Oil and gasoline companies, like Shell and Chevron knew very well that there was an easy way to do this. The down-side was... if they made the gasoline burn more effectively...** it would increase your car's mileage.** That's good news for you and I... since a higher mileage means less money spent on gas... Not so good news for the oil companies, they lose money. So they had to increase the fuel efficiency **only enough** for it to meet the new emissions standards in California, and not enough to lose them money. " Government is not addressing our needs and concerns !!!  LET THEM KNOW, NOW . . . WHAT DO THINK ABOUT THAT? . . .   WHAT ARE YOU, GOING TO DO ABOUT IT !!!