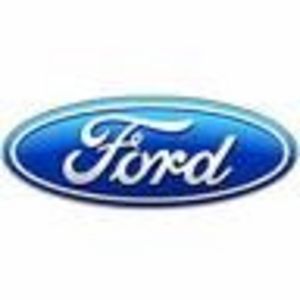 We love our truck

All my childhood my dad told me to never show up in his driveway in anything other than a Chevy so I always thought Ford vehicles were not well made. A year ago, my car broke down and I visited my local Ford dealership and test drove some used vehicles just to see what I could afford. My husband and I were shown a 2007 Ford Taurus and while we were test driving it, we both fell in love with it. The Ford Taurus is extremely roomy and runs smooth and quiet. We have had it for one year and the only repair needed was a belt that was loose. I feel blessed to have found such a great used vehicle at the price given to me. I have completely changed my perception about Ford vehicles and although I am still unable to drive it in my dad's driveway, it runs great and I feel safe traveling in it even when I am alone. I recently had to add some brake fluid and as a female, I appreciated how easy the instruction manual made it to do the maintenance myself.

I love Fords.  I have always owned a Ford, and I'll never switch to another dealer.  Every Ford employee I have ever come across has been helpful and courteous.  I have never had a serious problem (as in something other than average wear and tear) out of any of my vehicles.  They are reliable and you can depend on the company to stand behind them.  I am hard on my cars, like my cell phones and everything else.  I believe that my vehicles are made to drive and I am going to drive them until they can't take it anymore.  Hasn't happened yet!

This is in response to http://www.viewpoints.com/Ford-Motor-Company-review-26070   Just to make some remarks, I won't address your problem with Disability but however if you went out on FMLA things would have gone a bit easier for you. You would have had proof from a DR that you were unable to work.   In regards to the man with his disability payments. It is the CUSTOMERS responsibility to make their payments on the account. until the disability company pays. If the customer coudln't come up with that money and decided to v/s the vhr then that was his decision he can't keep something he's not paying for. If you were so worried about him why not extend him a month or 2 to get him buy?  Once Ford received the money for the vehicle it would have gone to the deficiency balance. It seems to me that YOU dropped the ball for this customer in not advising him what would happen if his payments were not made. Did you call up the insurance company to see what the delay was in the payment? Did you following with the insurance company to make sure the account was processed in a timely matter?     As far as the "perks" being gone (candy presents ect). Yes you are part of FMCC however you need to look at the bigger pictures. Ford Motor Company is struggling to pull itself out of a downward spiral that started well before Bill Ford took over. Jacques Nasser started this during his tenure during the Firestone Tire Scandal and also with the purchase of many oil and lube, junkyard, and oil recycling companies.  I know if i had a choice between a "toy" or a friend having a job, or my company staying in business keeping my yearly salary I'd forego the toy. You forget to mention that even though the little toys were stopped you were still paid your quartely bonus. Hmm cash or a yo-yo well I'll take cash thank you.   Did you work for FMCC when the Hurricanes hit LA or FL. After Katrina FMCC opened up it's phones to the Katrina benifit calls. It's workers volunteered to take calls to help those in need. Or how about how it suspended collections to accounts in hurricane hit areas and only resumed calls to offer 3 month extensions so customers woudln't have to worry about making their payments.     Ford Motor Credit isn't so bad, you are holding a grudge and providing misinformation.  I still work there and have done so for 5 years. I LOVE MY JOB! I help customers everyday to stay IN their vehicles. We are told day after day we are NOT in the business to repo vehicles.  To others that have questions on FMCC do reseach for yourself don't take the words of a bitter ex-employee. No company is perfect and research is the only way to find a company that will work for you.

Ford Motor Company will hire you, hold you on the team for 20 years, and then lay you off claiming that they owe you one months pay since you were forced to transfer to vistion for a couple years during that 20. Ford has laid off too many skilled workers. They have turned into a very dishonest company. They have spend millions more on development of cars and decided that since money is short, they would keep everything the same and just lay off thousands of workers nation wide. I will never buy another car from Ford for as long as I live because the relationship I had with them has been severly damaged.

With respect to Ford Motor Company: I've owned 4 Fords (2 currently), 2 Hondas, 1 Saturn, and 1 Audi. The Fords have been head and shoulders above the rest in terms of quality, reliability, and are fun to drive. Example: F-250, 10 years old, 140,000 miles, one repair (alternator which I changed in 20 minutes).  Example for Honda Prelude: 2 clutches, timing belt, battery, alternator, hazard switches, etc. - towed 4 times in 10 years and 110,000 miles. Saturn was much more maintenance. Audi - good thing I like to work on cars or it would have broken me financially. The quality is there with Ford. Thanks.

I went through 2 different Fords (contour and escape) before switching to Chevy. Both Ford vehicles were junk!!! They are not worth the cost you pay for them. My Fords were in the shop more then they were driven by me!! My advice, stay away from Ford!!!

Ford Motor Credit & Ford Motor Company These two giants are all smoke and mirrors, and although Bill Ford preached "integrity",, he and the Ford brass don't have an ounce of it.  They are stealing from their employees, and from their customers. I say this, because I witnessed it first hand, and I am a victim of their lies, and their greed. Disability Insurance/ Disability Pay should be paid to employees who are truly disabled, like me. Ford throws obsticles in the way of anyone applying for disability pay. I appealed to their committee numerous times, and for no good reasons, they cheated me out of six weeks pay and they are billing me for $2,900.00 they want returned. What really hurts is three people, a manager, a team leader, and the HR guy all lied to the review committee, claiming they did not know I was very ill for a long time before I went out on sick leave.  I used every bit of my vacation days for half days of full days when I could not function, so my attendance recordss will prove them for the outright liars they are. While I was actively working as a collector, I had an account I had to collect. The man owed over $11,000 for a car he voluntarily surrended, only after the low lifes at Ford threatened him with repossession. The man was waiting for the insurance company to pay his care payments, and for some reason, the insurance company dragged their feet. Three days berore the car was sold at auction, Ford received all the money due on the account, so they should have returned the car to this customer. They didn't!!!!! When I got the account, I told the VP that we needed to get this man a car. Nope, instead, they made me collect the money from him, althouhg they did let me help him "buy" a car with low interest. This man was robbed!!!! I know for a fact this was not the only time this has happened. Product safety????  Right! Cars that burn in rear end collisions liike the police cars. SUV with a high rate of rollovers, and now cruise controls that have caused fires and peoples homes burning. Before I went out on disability I saw Ford strip[ the walls bare in order to surpass market expectations. They had a program wherer people were recognized for work above and beyond. They had a twenty five dollar monthly budget for candy and treats they would give away.  Even though this center brought in over fourteen million dollars more then they had projected, they said they could not afford to buy the candy any more! I sent an email to JD Powers several years ago telling them Ford is going down the tubes but they did nothing. A lot of people lost a lot of money on Ford stock. JD Powers said they were "Junk" back then, and I told them they were cess pool dredgings.. I can only say, Buyer Beware!!!!!!!!!!!!!!!!!!!!