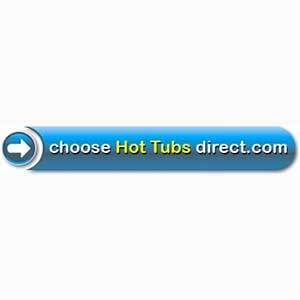 Our new house did not include a hot tub, so we were excited to look for one on this site. We were shopping close to Black Friday, and they already included some deals which made it much more affordable (and pleasant) to shop on their site. Product Selection I would have liked a few more options to choose from, but in the end, we were able to find a hot tub that would match our needs. They also have a good selection of accessories and add-ons that can make the experience with a hot tub much more enjoyable. Customer Service Customer service was very helpful in answering questions both about the product and about delivery methods and timing. They have a live chat feature that is very helpful in getting quick answers without needing to use the phone. Shipping and Returns One of the Black Friday deals that we were able to get was free shipping, which was a great help when buying such a large product. However, I'm not sure what they're normal rates are throughout the year since we did not use the normal ones.

I don't understand all the good reviews on this site. I don't believe any of them. I've been waiting 8 Months for a hot tub that was supposed to be delivered in 10 to 16 weeks (they give you a much shorter timeframe until you pay for it). I've been given excuses month after month and now that they have run out of excuses, they simply won't respond to my inquiries. If you have a few thousand dollars to risk, then go ahead and order from these people. If not, then look elsewhere. I've had to resort to legal counsel.

We ordered a TV spa. We were a little hesitant on ordering something like this online, but the stores were selling them for around $10K, and they had them for something like half the price. When we got the tub we were astonished. It was beautiful. We have the cable hooked up to it now and family watches movies in it on holidays and get together. It's quite a crowd pleaser. We did have to replace a pump after 4 months, but they have a spa tech on staff that's on call, so it wasn't that big of a deal.

I live in Germany. I needed a hot tub fairly quick. They actually arranged to air ship the hot tub to us from the United States (for a price). My wife and I thought that was pretty amazing. It came in good shape, and we are happy customers.

The hot tub arrived damaged.We were a little angry, but they sent a new hot tub out within 4 days. It was actually pretty remarkable how they worked with us to resolve the issue quickly. I recommend them to anybody. They are credible and they stand behind their service and product.

My wife and I were a little taken back at the prices of the choose tubs web-site. The prices were pretty hard to believe because they were several thousand less than the stores we had been to. I asked for some references before we bought, and they gave them to us. We got the hot tub and it really looked and worked like the expensive ones we found in the store! We are quite proud of ourselves for saving so much money.

I was very pleased on how much time the sales person spent on the phone with me, at least an hour or two going over the different choices, explaining the hot tub features etc... The hot tub came a couple weeks after order, in very good condition. Very nice tub. I'm pleased.

We were afraid of purchasing a hot tub online, but we were pleased how easy choose hot tubs made if for us. It took a few weeks to make but it did come and in perfect condition. But the deliver company had fairly nice people and they even move it up to our garage. The hot tub was installed and we have been enjoying ever since. It was a good online shopping experience for me and my family.

We would like to bring to your attention one of the worst consumer product scams to hit the Internet under the guise of Internet Hot Tub Sales. ChooseHotTubsDirect.com aka Choosedirect.com LLC aka Direct to Home Appliances LLC, Owned by Steven Barbarich. This company is importing hot tubs from China, which are not in compliance with ANY US federal or state laws and Canadian laws concerning product safety and energy efficiency compliance. Over 700 of these spas have been sold in the US and Canada from 2008-2009 and the company continues to profit from the sales of these substandard spas in 2010. There is a very large gathering of angry consumers who spent $3000 and up on these spas only to have the spa fail within months, week and even days after receiving them. You are invited to review the volume of civil complaints, product failure complaints, personal injury and property damage complaints filed on: www.ripoffreport.com www.complaintsboard.com Simply google "Choosedirect complaints" There is now a Facebook fanpage gathering here... http://www.facebook.com/pages/CHOOSEDIRECT-SUCKS/361200386205?ref=ts The problems stem from the fact this company has fraudulently sold these spas and is not taking responsibility for it. The Better Business Bureau has received 107 complaints against Choosedirect.com in less than 1 year. You can talk to ANY of the consumers and consistently get the same picture. call after call after call, more excuses, more lies, more misleading information, promises to refund, promises to pay for repairs, and no results. You can read details in a letter that was sent out to consumers in an attempt to warn them about these unsafe spas. http://www.box.net/shared/vjksnz10f0 We need this company to get NATIONAL attention. We have been communicating with the CA Atty Gen's Office, the San Francisco DA's Office, the California Energy Commission's Office and the US Consumer Product Safety Commissions Office and the Federal Trade Commission. As you may know these agencies are over taxed, under staffed and very slow to take action. IN the mean time this company continues to sell these illegal spas and consumers are being defrauded. We have documented many cases already that have gone to court, but Mr. Barbarich, being experienced with litigation processes has complicated the process with tactics like changing company names, starting a new LLC and closing the previous one (or claiming too anyway) He has changed banks so many times due to bad credit and charge backs, he was forced to start a new LLC so he could keep the business going. He is also involved in selling other outdoor products and it recently came to our attention, that he is illegally obtaining certain products and selling them without Manufacturer's approval. This tactic while making him rich, leaves the consumer with a product that has no warranty, as Mr. Barbarich does not hold proper dealership authorization. This applies to several of his fireplace products and grill products. You can find his websites linked off of choosedirect.com (the company name that is supposedly closed). We really need your help in getting this company exposed for their fraudulent activities for Citizens Against Choosedirect. com

I ordered and paid for a hot tub last summer from these people. I have never gotten the hot tub and they have not refunded my money. I cannot get anyone to call me back, and after researching this company more have discovered that I am not the only one they have done this to. They are thieves. The company owner is a sneak and a cheat. The BBB has several complaints and I have found even more on other sites. He needs to be shut down. No one should be allowed to run a business like this! Shame on you Choose Direct and SHAME ON STEVE BARBARICH for being such a crappy business person!