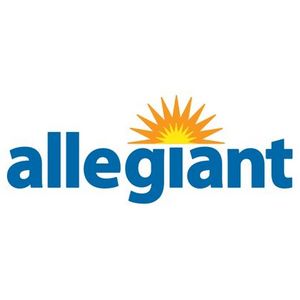 Recently booked a trip with them. The tickets were cheap, but for a reason. You pay to chose your seats, drinks, checking in, bags (including carryon), etc. I wouldn't recommend because by the time you pay all the fees you've saved nothing.

I fly allegiant quite frequently, as it flies out of my home airport. The low ticket prices and specials leave PLENTY of savings. I always upgrade to more leg room and still save money. It's a great airline for short(ish) flights. I'm not sure I could endure a long flight as their economy cabins and seating are pretty tight (why I upgrade). Not unbearable. It's an economy airline. No major inconvenience. As well, I think it's odd there aren't complimentary beverages. Again, nothing life altering. Just bring a drink (after security of course). The lack of every day flights isnt really convenient. In fact, it really sucks. In all, I think allegiant offers adequate value for the money. There are minor inconveniences, yes. Nothing that isn't easily fixable. I would (and have) recommend allegiant and would fly this airline again. On my last flight, we even had a female captain...pretty rare (for me anyway) and very cool!

This airline is affordable for families. I appreciate that. Has always been on time for me. Ohio to Florida. It can be a little crowded.

I have flown this airline 3 times and every time I have been highly satisfied!

It really makes me sad to leave a bad review because I thought this airline was pretty awesome until today. We have lived in Oregon now for nearly 6 years. We travel pretty regularly back to Las Vegas to see family. I'm a business owner here on the Oregon coast, so I talk to a lot of people who utilize allegiant frequently, and I'll be sharing this story with them, as a precautionary tale. My mother and father-in-law made their first trip on allegiant airline through Eugene this weekend. Their flight from Las Vegas to Eugene was delayed on Friday, and then canceled that night. They live about and hour and 30 minutes outside of town, and in order to catch the early morning flight they had to rent a motel room. They woke up, and their morning flight was delayed as well. The delays pretty much ate the first day of their travel. They left the coast this morning to travel home, and arrived at the Eugene airport at the suggested arrival time of 45 minutes prior to the flight. When they got to the desk they were told that the flight had already boarded, and that they were too late although the flight wasn't scheduled to leave for another 45 minutes. The Eugene airport has a walkout tarmac. The flight had not left yet and was still parked outside. Mind you, this is not a large airport like Portland or Las Vegas. It's not like the planes were queued up waiting forever to take off. Also, it's not las if there was another flight leaving that they could catch later that day. The next flight out isn't for days! My in-laws had no choice but to rent a car and drive over 1000 miles today to get home. Their flight should've left at 2 o'clock. Putting them home by about four. It's now almost 10:00 PM and they still won't get there until about 5 o'clock tomorrow morning! Between the additional hotel room cost, the extra car rental cost, and the huge amount of time wasted, they're cheap flight became incredibly more expensive than they would've paid if they would've flown Alaskan!

I traveled on Allegiant Air recently and loved the experience. The staff was very friendly, the plane was clean, it was on time, no problems storing carry on and nice leather like seats. Overall I would highly recommend this Air Line.

What is wrong with this company. Two years ago we booked flights from Ashville to Ft. Myers Florida, the flight was delayed 5 hours. As a gift I purchased a flight for my fiancé to visit his grandchildren and children, he chose a morning flight to have the day with his daughter-It was delayed almost 7 hours. This is so ridiculous. I can't think of a worse gift to ever giving anyone.....Sitting in an airport all day! I hope I never have to use Allegiant again. Sorry again sweetie

My husband and I booked a fairly inexpensive package with allegiant to Vegas. While delays are typical an almost eight our delay is ridiculous. We missed our first day in Vegas. Every 2 hours there was another 2 hour delay. After the second delay I called customer service and sat on hold for over 30 minutes. The woman on the line couldn't find the reason for the delay and couldn't say if it wouldn't be cancelled. After the 3rd delay we were sent an email with a $50 off our next flight. Not sure that I will even use it. The flight attendants were unpleasant on both flights. You couldn't hear the announcements and they spoke too quickly. They didn't even give passengers time to respond to their offers for purchases.