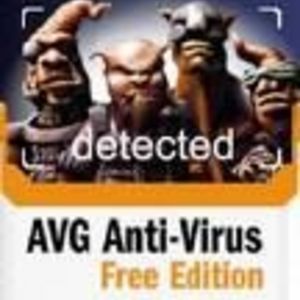 When we bought our newer computer, we kept our old computer as a backup for files, kids using, etc. But I wanted to avoid paying for two antivirus programs if I could. So I had bought McAfee for our newer computer while using AVG's free anti-virus for our old computer, thinking that even if a virus got on our old one, we still had our new one in good working condition. Since starting to use AVG, we have not had any problems with viruses. It has caught potential viruses in downloads as well as recognizing sites that it deemed risky. Occasionally it blocked a site as potentially risky that I had used extensively and new should not have a problem, but that has not been very often. The biggest downside I have found to AVG is that it greatly slows down my computer (admittedly an older computer-it may work better on a newer one). It typically does a major update each week before doing a full computer scan, and I sometimes just leave the computer sitting through these few hours rather than trying to use it, since it runs so slowly. But otherwise, it is a great product, especially considering that it is free.