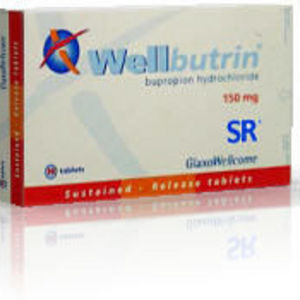 When depression reared its ugly face in the summer of 2006, I headed right for my doctor. I had been on antidepressents years before, and knew the symtoms. I started with the Zoloft and Prozac, but neither of these did it for me, not too mention the lack of sexual feelings you begin to get from them. So my doctor prescribed Wellbutrin for me. I really started feeling better within days. I did not get any negative side effects, but I was happy to start losing weight. In about 4 months I lost about 30 pounds. I am overweight to begin with, so this was a real boost to my moods. However, you do start gaining it back, and with it came about 10 additonal pounds. About 18 months later, I began losing weight again. I lost almost the same amount as last time, 35 pounds. Right now, I have gained 28 pounds back, and it is getting worse every week. I don't know the ryhme or reason behind the weight loss, but I do wish I would begin losing again. This medication is also prescribed for smoking cessation. It has caused my depression to abate, and I am pleased with this medication for that reason.

Wellbutrin is the third medication I've tried for my anxiety/depression. Ive been on it for almost a month. As far as it working well, it definately does. The first couple weeks were really tough. The side affects are: irritability, headaches and weight loss. The first couple weeks it seemed like I was so irritable it was not a good idea to be around anyone. The third week started with very bad headaches. It seems like an hour before I take it I get a crippling headache but it is easily treated with tylenol. So far this medication is working much better for me than others have. Typically with any anti depressants you should expect some side affects. These are the most mild I've had. I gained 30 lbs on the previous medication I was on and it seems that with this medication that weight is finally coming off. It is available in a lot of diffferent dosages so your doctor can help you work up to the amount you may need.

I use to take Wellbutrin SR for depression. It helped a lot, but it also made my anxiety worse. Istayed anxious all the time. I felt miserable most of the time. Although, the Wellbutrin helped my depression, I could not take the anxiety and panic attacks. It is a good medicine, but my anxiety got too bad and had to come off of it. I took Wellbutrin for a couple of years and I really liked it and my depression subsided, I lost weight. I did not gain any weight with this medicine. The only reason I stopped taking it was due to my high anxiety level. I had low food cravings. My energy level was good. I had a good outlook on life. I no longer wanted to lay around and do nothing. I wanted to do more, but the anxiety prevented me from really engaging in activities because of the anxiety. Another thing, I always stayed hot. I sweat  a great deal. I always had to have ventilation, air conditioning or a fan blowing cool air on me. I just had those side effects and problems, but other than that it did help my depression.