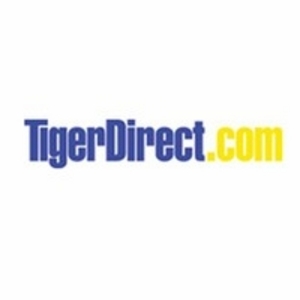 I called Tiger Direct to purchase a laptop. I gave the sales person the minimum specs required for my needs. Unknown to me, they sold me a laptop that did not meet my specs. Additionally I was told the graphics card was upgradable and today they told me it is not. TWO LIES. I contacted customer service and was told nothing could be done. Unacceptable.

they sent wrong thing ,i returned it never got refund(73.10) called 5 times but nothing i wouldnt if i wer you

My order was shipped originally to their warehouse instead in GA of to ME in CA, they received it on Dec 7. When I spoke with CS on Dec 7 (after 2 HOURS ON HOLD), I was told I would have it by last Friday. When I didn't have tracking numbers by last Wednesday I called and manager Ricardo "expedited it" and told me I would have it AT THE LATEST Dec 15 and I would receive tracking numbers when they shipped! When I didn't have tracking ‪#‎s‬ by Friday the 11th, I called CS again (50 minutes on hold) and they gave me Ricardo's direct number (x5368) and I started leaving messages, daily! I HAVE NEVER HEARD BACK FROM Ricardo. On the 16th, still no tracking numbers, so I called CS again - I was just on hold for 50 minutes, when I finally go thru she went to check on it we got disconnected. So I tried chat. I found out they finally shipped on the 15th GROUND!!!!!!! I won't have them for another WEEK. Never again tigerdirect.com, I don't care how good the deal is.

Seems like I'm not the only one... Place an order, wait a week, nothing happens. Call in, and am told there was a "verification" issue, and the order will ship today. A week later, still nothing. Call in again (with a nice wait on hold every time), and find the order was canceled for a "verification" issue. They obviously didn't want my business anymore, since at that point I was pretty much told to pound sand. Haven't had an e-commerce experience this bad in a long time.

I have always used tigerdirect. Now there customer service is terrible i needed parts to built 2 computer systems and it to was the worse experience i have ever had trying to get the parts ordered and shipped. I started with ordering it with 2 day shipping needing the order shipped so i could get the machines built in time to ship to my customer and installed. o\late on a friday night i get a email that said my order was on hold awaiting approval. after waiting on hold with tigerdirect for over 1hr there supervisor told me that it wouldn't ship in time to make the date i was shown paying for the 2 day service. I asked to change it to next day and was told that i would have to cancel the order and reorder it do do that. I did and made the order again doing next day air and looking at the delivery date. watching trying to make sure it would ship i seen that it was also on hold. i called them again and it took 50 mins just to get a person on the phone. After explaining what i need and what happened i was told by a supervisor that he would expedite it to make sure it shipped. Guess what it did not. called again talked to yet another supervisor and he told me sorry and they would try to get it out tomorrow that now leaves me no time to build them and get them shipped. I have used tigerdirect for over 10 years and have never had so much poor and uncaring service ever. I will never use them again. and thats a shame they used to be the best company out there for computer parts.

order it on Friday with next day shipping, and now 6 business day is gone! still waiting!

I ordered a bluetooth speaker which was supposed to be here in 2-6 days. Already 10 days and says it hasn't shipped. Call customer service and have to wait 40 minutes for them to take me off hold! 40 minutes! only for them to tell me they lied and it won't be coming for another month and a half. Also tried to do an online chat with them and they said they couldn't answer my question and took me off the queue! I asked them if I oredered anything else would I be able to count on delivery and they couldn't promise it would ship in the timne they say on the web page. Horrible!

Bought a television through this website. Waited for a shipment confirmation, never got one. Instead received sn email telling me I have to call and confirm order 3 days after placing the order. I called the number & wauted on hold for over an HOUR before finally speaking to someone. I was told tv would ship that day with an ETA of 6/18. Had someone wait at my house for the tv as I was out of town that week. Tv never showed up. Received an email saying it shipped the 17th but no tracking number available. Tried to call tiger direct but it was a weekend and they are closed. Go figure. Called Monday, waited on hold for one HOUR. Finally spoke with someone that said that they had no idea where the tv was, they had no tracking information but would find out the tracking info and email me back. That was 5 hours ago. Still no email. Meanwhile they took the $2,800.00 from my account for this tv that no one seems to know where it is. This website is shady. Take your money somewhere else.

purchased artic king, 5000 btu air conditioner for the bedroom in my house,, it worked fine then all of a suddon after having it for three weeks, it stopped blowing cold air,l contacted tiger direct, has not responded to me as to what they plan to do about this problem.....

I love the site and the love what they have to offer throughout the entire site. I have shopped this site many, many times and I have always found great deals, as anything electronic is a huge part of our household. Everyone in the family enjoys the latest gadgets and this site offers them at the every best prices. Ease of Use The site is fairly easy to navigate. I have not experienced any issues navigating the site. Product Selection This is the best aspect of this website. They have every electronic device under the sun for sale. Product Pricing Their prices are excellent across the board. Everything on this site is priced very affordably. Customer Service The customer service department is okay, not the greatest, but not the worst either. It is sometimes very difficult to understand the person on the other end, because of the heavy accent. Shipping and Returns Shipping is pretty fast, especially if you choose to pay extra for it. Otherwise, it is okay. I can't speak about returns as I have never had to return anything back to them since I began purchasing from them.