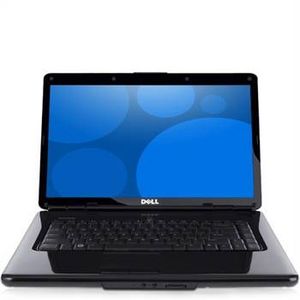 Well it's a great laptop. I liked this laptop very much. It's display, keyboard, mouse pad and wireless support is awesome. It did good job for about 4 years without servicing. It's battery life is also very good.Still after 5 years, it's battery backup is good enough.

The Dell Inspiron notebook was everything I was looking for and more. I work from home and with my particular job is extremely important that I have a reliable computer. This laptop is perfect for my job. The one thing that I love about this particular laptop is the fact that it doesn't easily overheat, letting me work for long hours with out having to turn my laptop off. Another feature about this particular Dell laptop that I absolutely adore, is the fact that the battery life lasts for a very long time. I once lost my charger for two days and the laptop still had 20% battery by the time that I found my charger again. That is an extremely long battery life. Ease of Use This particular notebook is extremely user-friendly. Battery Life A remarkable battery life. Support & Service Thankfully I have never had to deal with support and service but that just means that it is a great computer. Speed/Performance High-speed and great performance. Design I absolutely adore the design of this particular laptop. It's not too big and bulky and it fits perfectly in my computer bag. Durability Extremely durable.

This has been the best laptop. I have had it for over 2 years and never ever had a problem !The graaphics are incredible ! There are so many features that I can't possibly name them all. It came loaded with various APPS & programs. There is a ton of space on there. The case is very solid. I heard of a lot of issues with short battery life... I must say this is not the case !

My husband had gotten this for when he started college. I remember he was so excited when he first got it. However, within 6 months, he was already having issues. It was slow. The mouse was jumpy and wouldn't always respond. The hard drive went crazy and he had to replace it in his first semester of school! Luckily, he was able to get it fixed for free since it was under the 1 year warranty. However, about a year later, we had more issues with it. It completely crashed. We are students, but don't do a lot on these laptops--homework, listen to music, and sometimes watch movies. There was no reason for it to kill itself like that. We had to wipe the hard drive and reinstall Windows on it. We lost everything that was saved on there. You'd think that would have been the end of our problems, but it wasn't. It became slow very quickly, even with regularly cleaning up the disk. By the time the laptop was 3 years old, the battery stopped working, the charger stopped working, and it was so slow that it would literally take 30 minutes or more to start up, and then another 30 minutes to decide to open up whatever program you wanted. Soon after that, it was a gamble if it would even completely start up! We replaced it, and have never looked back at Dell again! Ease of Use It's windows, so it's simple if you know it. However, it became more difficult and frustrating to use as it deteriorated. Battery Life It would last MAYBE two hours on a full charge. Support & Service If anything happened within the 1 year warranty, it was fine. After that, we were on our own. Design The screen was a very squat rectangle, which I found to be annoying.

This is an excellent machine and versitile enough to handle home, office and college student needs. Ease of Use Out of the box and ready to go. Battery Life I can go more than a day on one charge and that is continuous usage, not sitting idle. Support & Service N/A. I have not needed support. Speed/Performance Super fast download time for high desity files such as video files Design Sleek, thin and ready to go. Durability I have not had any issues, but the case seems strong and the machine should be able to handle normal wear and tear.

The Dell Inspiron 1545 is a great laptop if you are looking for quality or performance or whatever your need for your online/computing experience. I personally have had 3 dell computers in my lifetime including the models Dell Inspiron 1525 (which by the way I have owned 2 of them), and a Dell Inspiron 1545 and I have many friends that have had experience with Dell. Whenever someone ask me what is a good computer to get, without thinking about it I automatically blurt out Dell. You can not go wrong with any Dell computer desktop or laptop. I have been working with computers for over 30 years and Dell stands out in front of any other computer manufacture. I have seen a lot of different computers come and go, although some of them were and still are good (not naming names), Dell is still top of the line. There is nothing that you can not do on a Dell System, if your looking for good graphic capability, fast processor speed, loads of memory, user friendly, great customer support, and an affordable computer then look no further. If you have never experienced a Dell computer you do not know what you are missing.

I am really happy with my purchase of the Dell Inspirion Notebook PC. I had no problem getting familar with the system and layout of the product. The portability and durability of the laptop makes this a very useful product while I am in school. Great Purchase!

This was a great laptop for the first year i had it. Worked flawlessly until the webcam broke. The laptop was never dropped and for some reason the drivers just went missing. There was never any solution to the problem and Dell was no help at all. Also the battery life was terrible on this laptop. You could barely go and hour without being connected before it died. Compared to newer models the screen resolution is very poor. The screen isn't as bright as most laptops either. However for use in Microsoft and other programs it work great. I used this mainly for school and it did its jobs. Except when the touch pad stopped working. It seemed like i was sending the laptop to get fixed almost every few months. First it was the an issue with drivers and the hard drive. Then there was an issue with the touch pad. Then USB started not connecting even if they were plugged in. I will be buying a new laptop soon, but it will certainly not be a DELL. If you want something basic that does the bare minimum then this laptop is great. Otherwise considered a different brand.