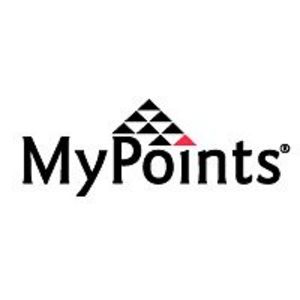 I am putting this product on display with my autumn decorations

I've used MyPoints for several years, so overall I would recommend for some to use it, but with caution. If you can look at advertisements and not be tempted to purchase every product you see, this might be for you. MyPoints offers a variety of options to earn points, and I have earned several points and cashed them in for gift cards. They have a nice selection of gift cards from quite a few vendors for various dollar amounts. I often get emails from MyPoints; some of them offer 5 points by clicking to go to the site. You can get points for watching videos, but you have to watch quite a few and times listed are not nearly as long as it takes to watch all the videos because there are ads between all videos. Some videos won't all play...after you've watched nearly all in the list for the points. I don't think middle aged white women who don't make much money qualify for many surveys! You may get 5 points if you don't qualify, but sometimes you end up basically taking the survey and then don't qualify. I don't spend a lot of time on surveys but occasionally I'll find one for which I qualify and actually get decent points. They recently started a Daily 5 and a monthly goal program, and I've earned quick extra points through those. Online shopping offers the most points by far for me. Sometimes I can get 8 or more points/dollar. I've found it works much better to go to MyPoints and then go to the vendor through their website rather than to click through an email - sometimes I've not been rewarded points if I go through email. They do offer coupons - there are times when I've found really good ones to print, but I don't find them often. I have found their customer service for answering questions to be mostly pre-printed form letters and I've have to wait quite a while before I can submit an issue. I've had a few issues resolved but several others ignored. I've earned about $200 in giftcards through MyPoints in the past year, so I recommend with some reservations.

have built points with MyPoints for years and now want to use my points. I log on and the web site recognizes me and says I have X points and then when I try to redeem my points they kick my to a loop that says they don't know who I am and I have to verify my ID when I verify they don't recognize me. OK these things happen. Starting months ago I use their service contact and email them. NO response repeatedly. Today completely fed up I decide to call their service people. Big surprise no phone number!!! These people hide their phone number like a cobra hides it's kill!!!!! So I have a problem and I need to communicate with a human. Simple fact with MyPoints that will be impossible. Avoid this company like the plague, find another shopping portal there are many good ones such as the ones attached to American Airlines and American express. Tom Sedar Very Very mad customer of my points.com

Joined on a United Promo. Both myself and my wife. Received initial mileage credit. Ordered each over $25 purchases through the site to qualify for an additional 1000 miles. Never credited. Emailed and received response asking me to show actual purchases. Did so on both accounts. NEVER heard back . Now over two weeks with 4 emails to them and a phone call to them. Never a real person, always wants to use email. Tried today to get anyone in the main office and it answers and just keeps taking you in a no return loop. The worst customer service I have experienced I am completely unsubscribing both accounts as I can not waste any more of my time and would never receive what they promised if I stayed

I absolutely love MyPoints, I have been a member for over five years now and have redeemed so many gift cards - many for frequest flyer miles! I even took a free trip to San Diego thanks to MyPoints. I know that some other folks have been complaining about getting points to credit - but I've never had this problem. If you ever complete an offer, you just need to screenshot the completion page to prove to MyPoints that you did it, and they will credit you right away. I have always found the MyPoints support staff to be extremely helpful and courteous! In order to earn the most points... I check all my MyPoints emails, do my daily surveys, and complete all of my monthly searches, print coupons, and use the online shopping links... and I usually earn 2,000+ points per month. MyPoints is easily one of my favorite websites ever! I would recommend it to everyone (and I have recommended it to all my family and friends already!)

I have had several times lately when points I should have earned were not credited to My Points. I have emailed the confirmation from the companies to My Points and filled out the online form but it is not good enough and they want me to cut and paste the confirmation email which I do not understand how to do although I have tried many times it does not work for me. I have offered to mail or fax it to them even though I have emailed it to them and that was good enough in the past. I think they are avoiding awarding points and this is their way of getting around it.

This is one of my all time favorite sites and tool bars to visit and install. I utilize it daily. It is a great way to earn gift cards and points for things that you do anyway. I earn walmart gift cards almost weekly. If you go to their site and shop at the store of your choice through their site you get additional discounts plus point credits for your purchases that you can exchange for rewards. You also get points just for adding the plug in toolbar and searching internet like you usually do. It always amazes me when my point total pops up because i have no idea how i accumulated that much so quick. You can also open easy emails, do quick surveys, watch videos etc. It is a very secure site and i have been participating in their program for years and never once had a problem with security or information hacking/leaks. Another great benefit to the toolbar is that when you go to a site it will automatically pop up and tell you if there are any additional coupons or discounts available for that site to use, which has saved me a small fortune. It is a awesome site and i recommend it to anyone who is online often and shops or does anything online. good luck you will not be disappointed.

MyPoints is another earning website where you complete activities and do your online shopping through them and earn points which you can redeem for cash and gift cards. I always forget to go through them when I shop online and I do a lot of shopping online. That is truly the best way to earn money through them. They do have a Chrome extension or toolbar, I just don't have it. There are not a whole lot of activities but there are some and you can use them to search the web and earn points too. Ease of Use It isn't a hard site to use, if you remember to use it! There are some surveys and special offers but the bulk of your earning here comes from shopping online. You get points you can then trade for cash and gift cards. They pay instantly or really fast but in the two years I have been a member I have only cashed out one time. That is partly because I don't use them as my search engine and I never remember to shop through them either. You get out what you put in and I don't put much in at all. Product Selection They have a fairly decent selection of gift cards or you can get paypal and the retailers they let you shop through them for points is pretty much anywhere you can shop online. Product Pricing Does not apply Customer Service I have not actually had to interact with their customer service but I am going to assume it is pretty good, they pay super fast and I have never heard anything bad about them. Shipping and Returns Does not apply

I recently joined mypoints.com and find it to be a pretty good rewards program for myself. I don't shop a lot online, but I can see how if one does, you can really rack up the points. They do have other ways to earn points, like coupons, searching through their search engine, referring friends and such. But it is mainly through shopping online that you get the majority of your points, which is very easy to do. You just find the store their their website and they will send you through. Ease of Use Definitely an easy and appealing website to use. They mentioned they recently updated their website and got a new look. It's very sharp and clean to the eye. It's very easy to find stores to shop through, as well as how to redeem points. Product Selection I think they have a good selection of stores to choose from. Although I was looking for Pier 1 Imports and GoPicnic.com and they did not have them. But they had a ton of other websites I have never heard of. Product Pricing Every store is different with how you are rewarded for points. And it varies on the day as well. You can get better point to dollar value if you shop through Groupon or Living Social or Ebay. Shipping and Returns They do say it takes 30 days to ship your gift card, but I get egift cards, so that won't take as long.

I have been a member of MyPoints.com for a few years now and love the site. I have cashed out many times, never with a problem. This site has a very large variety of offers and surveys available. The surveys are relevant to me and are interesting and not too time consuming. The offers on this site are easy to complete and usually pay higher than other gpt sites. I can log in each day and find something different. The customer service on the site is great. They always answer any questions that I may have very quickly. This has become one of my favorite sites. I like that the site is very easy to use and navigate. I really like the fast crediting times. Usually, as soon as I finish an offer I can refresh the page and immediately see my account credited. I would definitely like to recommend this site to everyone who is looking to make a few extra dollars. You will be surprised at how fast your points add up.