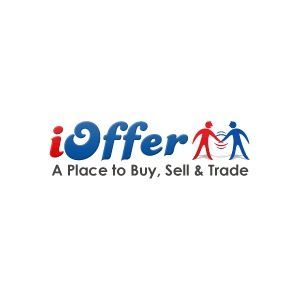 I am a frequent buyer , but one vender which I purchase a handbag , although the picture of the handbag is on the site they have sent me wrong handbag. Sent them 3 emails finally the answer was " there is 2 sulotion for this 1-send the bag back with your own money or 2-go on line and order another bag" Why I should pay for their mistake.in one of the emails I even asked them if they look at picture on the site. Vender's name: WU HAO . City BEIJING, CHINA DO NOT BUY ANYTHING FROM THIS VENDER. MAKE SURE WHO YOU ARE DILING WITH. THANKS TAMMY KHAVARI

Please don't be a VICTIM on this site I OFFER. COM ... This site is a big, big FRAUD, BOGUS and THIEF. The merchants from china overcharged my Credit card twice and until now I haven't received my orders more than a month.. The merchant names are : SONEKU GUANGDONG CHN,and TIANHERUI BEIJING CHN. They overcharged my credit card and steal some money ... I am so frustrated and betrayed of this site and thers no reply from customer service... Pls spread this very very bad news to potential shoppers of this site IOFFER.COM

The thing that attracts the majority of people to iOffer is the claims of designer clothing and accessories for rock bottom prices. To seasoned online shoppers that seems too good to be true and in that case it is because it is actually too good to be true. I have ordered a purse off of the website and was well aware that what I was getting and that it was not going to be what they were trying to sell it as. So it's kind of a double ended swoard. As long as you're aware the company is being dishonest and you're okay with that then there are no real issues with shopping with i Offer . Ease of Use I haven't had any issues with using I offer. The website is easy to use and put together well. Product Selection Good varied product selection. Again, be aware of what you're buying but other than that the selection is actually good. Customer Service There customer service is way better than I thought it would be. Shipping and Returns Quick shipping and relatively good pricing on shipping.

We were going through things in our house in preparation for moving, and we decided to try selling some things on iOffer.com, which is sort of like a large community yard sale site. In some ways it's nicer to sell on here than on eBay because you don't need to wait for bidding, and it's nicer than Amazon because you can set the shipping cost on anything (whereas Amazon always has the same shipping on some things, such as books). But the downside is that you need to set up your own payment system. We use PayPal and accept credit cards, but it can be a little irritating to set them up yourself (more than something like eBay that allows all types of payment and then pays each seller). We have also shopped on the site a bit and found a few good deals on used things. Product Selection Clothes and shoes are the things most advertised on the site, but you can find all sorts of other things on there as well. I found some good camping equipment and an iPhone case as well.

iOffer is a website that buys and sells and where people will trade things for something they want. A seller puts an item on this site in the hopes that someone makes an offer on the item. If you see an item you like or want , you make an offer to the seller. the seller can accept or reject your offer. You can sell most anything but mostly it is for clothes, jewelry and accessories. Once an item is bought, you will get an invoice. You can't communicate with the seller until you pay for the item. The customer service is awful and it is not a trustworthy site in my opinion. I have heard that there are a lot of scams on this site. If you need to find out information, you have to post a message. It is difficult to use and navigate and overall stinks. The product selection is whatever someone puts on and the item selection is what ever someone puts on as well. The shipping depends on the person who sells the item and as far as returns go, forget about it. I don't recommend this website.

I bought car 2 parts from this site a while back. Then, within a few days my bank account got ripped off, about $500.00 was taken out. I check my bank account every day, so I was able to catch it before it fully went through. Guess what, the same business that I purchased the auto parts from, was the same business name that it showed withdrawing the money. In Great Britain. I feel like this car part place was a cover to steal people's money, and I told the guy that. Of course he acted like he didn't know what was going on. Funny thing was, it had been a few days since I bought those parts. When I asked him if he ever shipped them yet, as my bank canceled that too, he said that he didn't know if I wanted them or not. So I wouldn't trust new sellers on this site. The bad sellers make it hard for someone to get started fresh here, and the site needs to crackdown on the bad sellers. Ease of Use They use feedback on this site also. So I would check sellers feedback before you purchase anything. Product Selection There are plenty of other sites hold their sellers responsible for that they sell. I would buy from these sites instead of ioffer.com. I don't like the way eBay has became a dictatorship, allowing sellers to get ripped off with no way of even being able to defend themselves. But ioffer.com is the total opposite of this, sellers will rip you off, and get away with it because there is nobody to hold them accountable. Customer Service There are plenty of good sellers on this site, but there are a lot of bad sellers too. My advice is to look at their feedback. Don't purchase anything that looks too good to be true, because it probably is. Shipping and Returns There are too many bad sellers on this site.

Ioffer.com is an okay site. It is quite similar to most other auction sites. The actual site itself is not among the most popular auction site and it's overall uniqueness is lacking. Some of the good things about Ioffer.com are: First and foremost, unlike many other sites, you can send one offer for an item to a bunch of different sellers. Then the sellers can compete for your business. You are pretty much guaranteed to get the best deal that way. Also, The listing fees are less than some other sites and Pay pal is not necessarily a requirement. They also feature private auctions so you can limit who sees your auction deal. Their store fronts are clean and neat and not costly. You are allowed to buy now or make an offer for acceptance. They also have monthly billing cycle so it simplifies things a bit more in that manner as well. You can also import feedback. The pries of most of the items on Ioffer.com are quite inexpensive or at the very least, highly reasonable. You can see seller and buyer feedback to enhance your confidence and help you to feel a bit better about shopping with a particular seller Most of the sellers I have dealt with are very courteous and ship quickly. Overall, it's a good site to browse or shop.

I have no idea how this site made it to Viewpoints Best list. This site is awful! I'm always on the lookout for cute clothes for my daughter. I love eBay so I thought ioffer might be similar. Yeah, it's not. They have so many fake, bootleg, knock off items it's not even funny. I don't knew how this site and it's sellers haven't been shut down. A Louis Vuitton toddler dress for $31.00? Really? Oh did I mention it's brand new and comes in three different colors? Want a joke. And the prices! The same overseas sellers that sell items on eBay for under $10.00 seem to have the same items on ioffer for just under $30.00! What a ripoff! If you're an ioffer shopper, I highly suggest that you look elsewhere. They sell fake junk. And anyone who buys the knockoff, bootleg junk thinking it's the real deal needs to remember that you usually get what you pay for. If it's a serous designer brand and it costs $30.00, it's fake. No ifs, ands or buts about it.

First of all, this website is not as user friendly as the leading alternative, that is Ebay. It's quite hard to navigate and find what you are looking for, however, if you are into fakes, this is the place to go. There are many fakes that are made from China. Everything from Omega watches to Ugg boots. It's like using eBay, where the sellers will have a reputation system based on reviews. Some of the items are decent quality fakes, but however you do not know how long the item will last and what kind of wear and tear that they are expected to endure. Shipping is about two weeks as the items will come from China. Your experience will vary, and just make sure you check the sellers reputation before you order. That will determine your experience. Sometimes, the sellers are shady and often add additional charges to your credit card. If possible, pay with Paypal to prevent unauthorized charges from occurring.