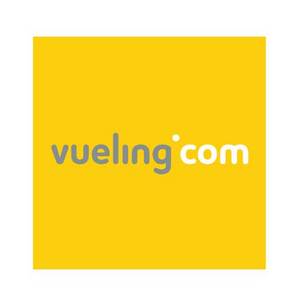 I have flown Vueling Airlines once on a flight last year out of London Heathrow and I will NEVER fly them again. I am not one to say that regarding companies, especially discount airlines, but Vueling is on par with United Airlines. They are the equivalent of Greyhound (yes, the bus company). Service While I was on a somewhat new aircraft while on my Vueling Airlines flight, the seats were incredibly small. Seeing as how I am not as vertically gifted as some of my other traveling companions, I am sure that there were others on my flight that were more uncomfortable than I was. In addition, the overhead bit space was rather limited (that was after you either had the option to carry your bag on or check it for an exorbitant rate upon check in). Vueling Airlines is a mid-size airline that does have an average selection of flights available throughout Europe. In-Flight Accommodations I was not impressed with the in-flight accommodations offered from Vueling AIrlines but at least they gave me a bottle of water on the flight.

I have gotten used to the bad service, small chairs (that fit only small south europeans) at Vueling. But they now have crossed the line of civilisation. April 1st, 2010, AMS-BCN flight. Delayed for more than three hours, no information given until half an hour after the supposed departure time. They did not offer food (which they are obliged to according to EU laws). They then gave a coupon worth the incredible value of 20 euros. When cashing in on this great prize on line, they indicate the flight was not delayed. After years of succing money out of EU countries these Spaniards now will not live by its rules. Let the crisis continue in Spain

Vueling Airlines is the Worst airline I have ever dealt with. They get you in with low ticket prices then hold you over a barrel and shake out as much money as they can once you arrive for your flight. They tell you one thing then when you show up at the airport they say you need to pay this fee and that fee or you can just not get on the flight, with no refund. They even charge to assign you a seat, then we get to our plane and they say seating is first come first serve. I asked about the extra money I paid to have assigned seats and the same response of too bad if you don't like it get off the plane. I will never do buisness with them again and hope to see them go out of buisness sone with thier horrible service and shady tactic. Grey hound of the skys is the best way to describe them.

Vueling has good locations for their flights. They fly from all main airports in Europe. What was real bad about this airline was their check in service. The service attendants were very slow and they seemed to always argue with the customer about the baggage. They do allow for 20 KG of luggage but the attendant that checked us in charges us for 1 KG of overweight. I've never heard of anyone being so anal about 1 KG. He even prompted to us to put some of the weight on our hand baggage, but we did not because we had an extra bookbag and I am sure if he saw it we would have also been charged. We had to go to the other side of the terminal and pay for it, however, the attendant here shook her head and laughed at such a ridiculous charge. This was in Barcelona and we paid 8 Euros. Maybe we just had bad luck with the check in. The seating is assigned and they do board very swiftly. They did take off about 10 mins late but they made it to the destination on time. I would fly again but I'll be more careful about who I choose to check in with, if they seem anal, just walk away to another line.