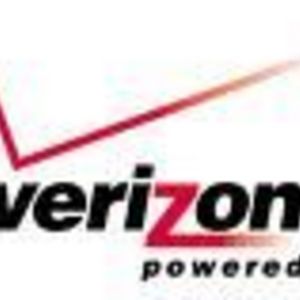 I really wish having verizon phone service was not necessary to have Verizon DSL service. Verizon DSL service by itself is cheaper than Charter cable internet which is my only other option other than just plain dial up internet. I hated Charter and thier service sucked and I knew dial up would be too slow so I really had no other choice than Verizon DSL. It is OK for now but I really hope they get the Verizon Fios in my area then I could get rid of the lame verizon phone service and have something that does no require you to have another service. Why I am complaining so much about having to have Verizon phone service? Because you have to have it for the DSL to work and even at the lowest costing plan ends up being more than even Charter's lowest plan. If the lame phone was not needed it be a great deal otherwise it is just a way to get internet without having to use that aweful Charter service. Though as soon as something better is available in my area I would dump this for it but for now Verizon DSL is the best option I have to me,

I moved and was advised that my new location only had FIOS available and I had to cancel my current DSL service and upgrade $$ or switch. After I canceled my service I found out that my new address did have DSL available, but now I can not "uncancel" my cancellation. Ok give me my credit, oh wait we can "uncancel" you and set up service at your new address. Great news - oh wait we will change your account, increase your monthly service charge and add a security bundle and a game package without informing you! Also they started my service three days before I even moved in!! I tried to access my account via verizon.net and suprise my account information: emails, overview and bills have all been deactivated. I had to reload verizon on my computer, set up a new id and password and set up a new email account.They're pretty much the only game in this burg so you have to put up with their incompetence customer service and high prices.

I've had DSL, minimal speed for NYC area for about a year before switching. It was my parents who had to decide which ISP we had. I never affiliated with them in their decision for a long time, which was a BAD idea. Turns out they were paying for speed that wasn't even good. The download speed was insanely slow for the $30 per month we were paying. The upload speed? Forget about it. You'll never upload anything with the speed I was paying for. The guy who installed everything, or supposed to install everything DIDN'T show up at the time and date he was supposed to. I had to call back so many times before the guy actually showed up. Furthermore, the customer support just SUCKS. They are so bad and so inconsiderate. I never had to deal with them until we were gonna switch. OMG, it's like they don't listen to what I was SAYING. I wanted to switch and they kept offering me all this stuff for like 30 minutes. It was a BIG waste of time. And they told me they were gonna send a check for the remainder of the month which my parents already paid for and THEY DIDN'T NEVER SENT THE CHECK. Even after all the following calls I made regarding the check, they told me they sent it already, well where is it? That was 3 years ago, and I still don't have the check. DEFINITELY FIND A BETTER ISP than verizon DSL. Currently I have RCN and I'm happy. 10mbs for $30.

Well about 8 months ago I had a service called Hughesnet. It was HORRIBLE service, poor tech support by non english speaking employees and 90 bucks a month and I could only download 70 meg a day or my service was slowed to below dial-up speeds. SO this is why I love verizon dsl service so much. The install process was great. I live in a house owned by the company I work for and there was a lot of time for the installer to find the proper lines into my house without disrupting my business lines. GREAT! and the service is 3 mb service and I accually download at 3.4 mb at times but never goes below 2.5mb EVER! If your close enough to the service I recommend totally.

I was excited to finally graduate from dial-up service to DSL. I chose Verizon because as a telephone company they are excellent and there were cash back offers involved. I have to say Verizon DSL is a huge disappointment and there Tech Support (the one you get without paying extra!) might as well be a bunch of 1st graders! They are of little to know help and of course the reason for that is the hope you can be suckered into paying more to gat a person that actually knows what a Computer is! I followed directions to the "T" to have my Verizon email go to my Outlook and now my Outlook (which, by the way, is part of Microsoft Office and cost me $400) is no longer functioning. They said my software was corrupted! If it is corrupted it is because of Verizon Tech Support, there is no other reason why it would be. I'm a very careful internet user and they tried to blame it on me by saying I must have downloaded something that caused my Outlook not to work! Well, I guess I did, and that download was Verizon DSL! I will leave them as soon as my year is over so as not to get any early termination fees but I'm GONE!!!

I have been using Verizon DSL for some time now, and it is a solid service that offers the promised speeds.  However, getting to this point hasn't been easy.  Verizon flaunts many promotional offers to attract new customers -- everything from free equipment to a few free months of service to flat out cutting you a check to convert over from cable.  Actually receiving these things is another thing.  I had to call their representatives (who are like robots) numerous times, trying to convince them that I was indeed supposed to get these offers after signing up.  But what are you to do?  The billing is linked to your phone bill, and you'd better believe they will go after your credit if you attempt to refuse an unfair charge, in addition to tacking on rediculous late fees that quickly rack up into the hundreds.  They don't just shut off your service any more, ohhh no, they want to get those fees in there and strongarm you into paying.  So just be careful out there, and don't take too much faith in what this company tells you it's going to charge you or offer as a promotion.  Without much fighting, it just doesn't happen.

It seems since Verizon is more interested in their FIOS portion of their company all the other aspects are taking a back seat in more ways then one. It almost seems like the company is making all the other aspects of their business look poorly so the customer will switch over to the FIOS thinking it is better. A few months ago VERIZON was at the top of my list for their DSL service, but here lately the service goes offline and it is slow and now they are raising the price. Just like any money hungry gobblin VERIZON does not "care" about the customer only the check they send in for the poor service we are receiving. This is hitting all aspects of the company too not just DSL....their landline service is failing as well. It is very sad that a company can stoop so low to get business on another side.