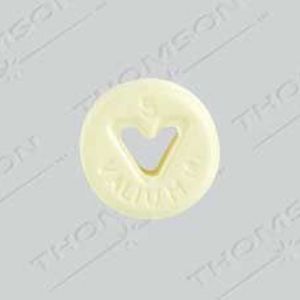 **Valium **(diazepam) is used for anti-anxiety, alcohol detox (rarely), and insomnia. I myself took it for anti-anxiety. It comes in 2mg, 5mg, and 10mg formats for the average person. I took the 5mg pill, which is the image you see attached to this review. I also tried another anti-anxiety medication in this family first so my doctor might have started me out at the higher 5mg dose because of that. When I first took it I noticed it helped relax me and took the edge off of my anxiety and my tendency to worry about everything. I found I only needed to use a 5mg pill once a day and I tried to only use it when I felt the anxiety start to get the better of me. My doctor explained to me that **Valium** basically helps the body to 'chill' and keeps the mind from wanting to 'overreact'. Unfortunately, about 2-3 weeks into taking it, I suddenly found it made me extremely tired. I tried cutting it in half and then even in fourths but it still made me tired. It was the kind of tired that made you want to put your head down and sleep and I had difficulty focusing on tasks. It was hard to get the things done I needed to do. I'm not certain if it was building up in my system after frequent use or if I had suddenly just become very sensitive to it. I decided just last night to try  to use it as an insomnia aid and found that a negative idea for myself; even though I slept 9 hours it made me so tired I had to take a nap -- and that was still 13 hours later. I needed to eat a heavy meal and drink coffee to perk myself back up again (I even added in a little Coca Cola). To clarify, I am a 5'2" 147 pound female. I tend to be middle ground when it comes to alcohol or sleep inducing drugs (it takes a few drinks to get my tipsy and small doses of mind altering medications generally allow me to function normally). Also, it matters how much I eat before I take the medicine. The more I eat before I take it the less it makes me tired or in tipsy. Allowing time to pass between eating and taking the medication (like 15-20 minutes) seems to help me most as well. Valium isn't a terrible drug at all. It really did work to relax me and help me handle stressful situations with a clearer mind. Unfortunately, after taking it for 2-3 weeks it relaxed me too much! I found it more of a burden to take it than not to take it. Also to clarify, it made me sleepy at this point in time no matter the dosage, amount of sleep I got, or how much I ate. It seems I am very sensitive to **Valium **and possibly a type of person that lets it build up in me too easily over time. My recommendation in giving this review is just to be very careful when taking this. I would definitely recommend waiting to take your first dose in the evening or in the day when you are at home. I wouldn't drive, operate machinery, be responsible for other people, or use knives or dangerous equipment when you first take it. Possibly, you may even want to start with a smaller dose of it to see if that helps you first. If I had cut mine in half at first it might not have affected me so much later. This is just speculation, however, given my knowledge of medications. Medications are generally better at the smallest dose you can possibly take so that you can up it slowly and get the best relief possible over the longest amount of time. Overall, **Valium **works well, you just have to be aware of the possible side-effects and when to take it.