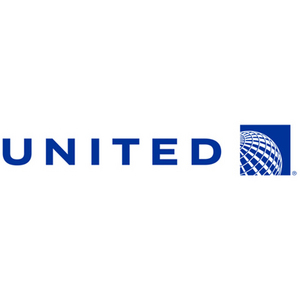 I love this airline they treat you very well

I have traveled with United multiple times over the last 2 years. The service has been average at best with nothing that stands out. The seating is moderately uncomfortable. The snacks, if given, are below par. The staff on my most recent trip were aggressive. I was sitting behind an elderly lady that was sitting in the Exit row. The flight attendant threatened to move her if she did not respond to whether she wanted a snack or not. This was very inappropriate in my opinion.

Had a great flight. I have used United Airlines for many years. NEVER, NOT ONCE have I had one issue. Don't kill the messenger. BUT everyone on the flight was nice, helpful and respectful. Thank you United I will fly with you again and again and again. Side note: I booked my flight months ago.

I suffered a form miniscus on a UK flight as confirmed by my orthopedist. Previous flight was followed by double pneumonia. The plane and lavatory, when it worked were filthy. Following the rude and incompetent Newark screeners my UK flights have been unpleasant. Return process at Birmingham UK was pleasant and competent,not result of United.

I really wish that there was a lower rating than one star for United. My husband and I were waiting to board a flight from Charlotte, NC to Boston, MA when we heard an announcement that the plane had previously suffered a bird strike. I understand and appreciate the delay in getting the plane okay-ed for take-off. That being said, the delay caused us to miss our two hour layover and flight change in DC. By the time we got to DC, the United counter at the airport was being manned by one person. Since almost everyone on our flight missed their connections, you can imagine the lines. We ended up in another wing of the airport at another United counter. The people working there were rude (literally screaming at us because we had the gall to expect them to help us with our situation...), threatening (when I took pictures of the "exceptional" employees to send to their corporate offices,) and even refused to help some of us because they didn't like the attitudes that we had at midnight... I followed up by sending the CEO a letter outlining my nightmare on LinkedIn. That was November. It is now the end of May. No response. Also, no surprise. DO NOT FLY UNITED unless you have the patience of Job.

I flew from GSP to O'Hare, to LAX to Sydney. The first flight was late into O'Hare. That flight was also late into LAX. But the flight to Sydney was on time and I missed it. They booked me on the next filght to Sydney which was 24 hours later. I was charged for a hotel room in Sydney when I sat in LAX. The United employees really didn't care. Another flight from PDX to GSP. The flight was late leaving. We flew into Texas but I can't remember which city. By the time the late flight got there, the airport was closing and I had to wait until the next day to get home. Late flights. And the company could care less.

I doubt that I would fly with United Airline again. They are unreliable, unprofessional and discriminatory. I booked and paid for my flight from San Francisco to San Diego with an assigned seat as my last connection of my international trip almost 4 months in advance and checked in for the flight 24 hours in advance. I arrived at the assigned gate in San Francisco more than 2 hours in advance and was the 3rd person standing in line of the priority. However, because of overbooking, I was denied boarding discriminatorily without any explanation while other passengers lining up behind me boarding the plane. After I got home, I complained to their Customer Care and demanded an explanation for being picked to be denied boarding. After one month, they told me that other passengers paid more for their tickets than I did. Really!!! My flight from San Francisco to San Diego was one of the 4 flights in my ticket purchase 4 months ago. They can give me whatever excuse they have and think that I will accept some certificate to fly with them again, but I doubt that I will take the chance of not getting to my destination on time with United Airline again.

Wow, worst airline experience I have ever had! I fly very frequently for my job where I actually have platinum status with American Airlines. This is my first experience with United and everything was awful. From the customer service, them not letting me have my TSA pre check, to not having the plane ready by the time it was supposed to take off. By the time it was supposed to take off I was supposed to be boarding my other flight back west. Because they were unprepared, I missed both lay overs and almost missed my work event. next time I will pay the extra 400-500 dollars to take any other airline just to avoid having an experience like this. I will not reccomend this airline to any or my colleagues I hire for my team. Completely appauled by my whole experience.

December 25, 2015, I bought a ticket to go to Texas to enjoy the holidays with my family, who did not see for over 7 years. I chose to buy a ticket for United Airline due to the good reviews of other travelers. The trip would be December 28, 2015, departing from Puerto Rico at 6:45 am. From two o'clock I received text messages by changing the departure time. At 7 am they had already changed the departure time three time, so I decided to change the ticket for the next day. On Tuesday, December 29, 2015, I left the airport in San Juan, Puerto Rico to the city of Newark and there was another plane abortion at 8 pm to the city of Austin, Texas. Again, departure rescheduled three times and finally at 12 midnight, decided to cancel the flight without giving an explanation of what happened. All were stranded and many chose to take flights to their homes and others wait another day to see if they could get a new ticket. However, bad your experience has been, these people were residents of the United States, only I was a resident of Puerto Rico, so that the time of uncertainty and anguish increased; as there was no chance of reaching the city of Austin, Texas until January 1, 2016, or returning to Puerto Rico until the next day at night. I chose to change the destination city choosing Dallas, Texas but is 3 hours of Killeen, where my relatives live. Although they offered me stay for the night, it was more than two in the morning and the next flight would leave at 9 am, so I opted to stay at the airport that night. The next day, I arrive to wait the departure time and received a text message informing that the gate was changed, so I had to take a bus to get to the new gate because it was in another building. After half an hour waiting, I checked on the board that the flight was on time, but to my surprise, once again moved out of the building where it was before, so again I took another bus to take me to the new gate.

UA just recently stopped service in and out of JFK International in New York as of late October 2015. What a very bad decision. The explanation behind that decision given to the employees who would then be displaced to other locations or worse yet, lose their jobs, were told "this is what the business man on Wall Street wants." What? United merged with Continental Airlines back in about 2010 and United accepted the terms of Continental, which evidently swayed UA to go along with using one of Continental's main hub airports - EWR (Newark Liberty International) in Newark, NJ. As for my own personal experience, I recently flew out of EWR to ARN (Stockholm). My sister, a retired UA employee drove me from Long Island (mid), NY to EWR on a Tuesday morning after 9:00 am. We arrived at EWR at about 12:00 pm. We had to drive much of Long Island, through a couple of NY boroughs, including Staten Island, and we then arrived at EWR. The 2+ (almost 3 hour drive) was beyond words. No bad weather, business traffic still heavy out of Long Island and into the boroughs of NYC and it still took quite a long time to get to EWR. I highly doubt that the average businessman living on Long Island or points north of NYC (i.e., Westchester County, Putnam County, Connecticut, etc.) would want to now drive to EWR for a non-stop flight across the continental US). They would now be relegated to take 2 or more flights out of LGA (LaGuardia) to get across the country if they want to fly United. While I did not fly UA that day to go overseas, my point here is that I would never dream of going to EWR to fly across the US as this is so out of reasonable reach, when, in fact, JFK was a perfect airport to SERVE all of Long Island, Westchester County, Putnam and other surrounding areas, including Connecticut. UA made a very poor move by pulling out of JFK. I highly doubt that the Wall Street businessman wants to go all the way of EWR. It's OK if they LIVE on Wall Street. Stupid !!!!