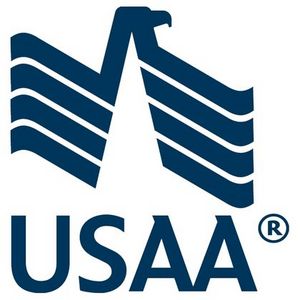 1.7 stars rating with Yelp F rating with the BBB 1.5 rating with TrustPilot 1.7 stars rating consumer affairs 1.6 stars pi**ed consumers 1.1 stars Credit Karma The site where they receive high rating- the high ratings have been paid for by USAA (nerd wallet) - read the fine print This company is extraordinary at collecting premiums but are a Wolf in Sheep's clothing. In a world that is so negative I have personally only written one negative review. I have had more than one negative experience but try to focus on the positive side of things and be a counter balance. But I hope my review below will shed light on the process and educate people that could possibly go through a similar experience. USAA waves the flag that they serve those who served. This is the most fraudulent marketing ploy ever and should be vetted by someone. I have been insured as a member of USAA for than 9 years and in that time I had never filed a claim. Thus my experience has been neutral. They make a business practice from giving low ball offers take the offer or spend money out of your pocket to appeal their offer.

I used to have USAA insurance and a USAA credit card when I was in the military. Their customer service was decent, but their insurance prices were very high. I stopped using USAA a year and a half after I got out of the military. Recently, I was in a car accident and the other person was at fault. Her insurance is through USAA, and I have experienced nothing but problems with them. They are not courteous to customers, and they don't do anything in a timely manner. They still have not paid me or Honda, but they've already taken my car and rental car. I constantly call them for updates about the claim since my car was deemed a total loss, but all they do is put me on hold and give me other phone numbers to call. It is their job as an insurance company to call whoever they need to call to settle claims, not the customer's job. Different representatives are always interrupting me when I call, too. The title procurement representative I just spoke with on the phone argued with me about who interrupted who. He was completely unprofessional and had terrible customer service, but that seems to be the USAA employee culture.

This company specializes in trying to bully people. They have a 'take it or leave it attitude' and feel they are above the law. They only care about the bottom line and not about taking care of the people who are affected by the problem. Avoid this company like you would the plague. I had no choice but to select 1 star because it didn't allow me to leave that blank. Zero stars is more like it.

I have had USAA for years dor both auto and home owners and I unfortunately had had to make my share of claims to both. Every time they paid and was very helpful during the claims process. I long their customer service and additional products such as roadside assistance (included into the policy free of charge). I can't tell you how many times I had to call them for my locked car or for a tow. I love how they operate and would recommend them to anyone who is able to get them. Im making sure I pass down eligibility to my children as well.

I am a USAA member since the 70's. My granddaughter had an accident with a USAA member and was not at fault. So many mistakes made and not returning phone calls. I was horrified at the service and responses my granddaughter received. I use to work for USAA and good service was the one thing we were proud of. This is not the same company I worked for.

Around 2007-08, when the economy had be wrecked by the Great Recession, I became financially vulnerable. This is also when USAA abandoned me. Prior to the recession, I had acquired a USAA credit card at 4.25% fixed. When the recession hit, I used this card as my safety net. While this was a tricky situation, it was manageable. Then, one day in 2008, after historically paying all my bills on time, I received a letter from my USAA credit card. It informed me that my fixed rate would be increasing to 16%. Since this was not the original terms of my cardmember agreement, I was offered the option to decline the increase and close my account. I chose to close my account, so that I could continue to pay down the balance at 4.25%. A few months later, after continuing to pay all my bills on time, I received another, more troubling letter. This time, USAA said it found a loophole that allowed them to retroactively increase my rate to over 20%. I wrote many letters to the bank's president and regulators, but due to all the housing mess, my pleas fell on deaf ears. I warned USAA that if my rate increased to over five times my current rate, that would break me financially and force me to default on the credit card. No one listened, and my rate jumped through the roof for no real apparent reason. At this point, my monthly payments wouldn't even cover the interest. So, without any other options, I defaulted on the account. I endured 7 years of non-stop harassment from debt collectors, calling me day and night. I spent all this time on the sidelines, unable to buy a house when the market was low. I delayed marriage, and having children too. I spent 3 more years rebuilding my credit. USAA Bank is an evil soul-sucking branch of an otherwise great insurance company. Don't do business with these sharks.

I was a policy owner in my own right from 1987 until marriage to another military member policy owner. My policy number was "dropped" and I was merged under his. Both of my children were added to his. Within 10 years as they left home and married they were denied to USAA eligibility since they were not "his" children and neither had been on my earlier USAA policy (they were too young to be licensed at that time). All went well between the 80's until 2004. Outstanding service and respect and claim adjustments. Somewhere between 2004 and our next home purchase in 2011 things had declined. When we called, it seemed we were a bother. They no longer insured in Florida (our new home). We lost our benefit of multi discount with homes/cars in 2 different states. They demanded we get a $100 wind mitigation certificate to reduce our premium and when we did they said it "wasn't necessary" as the premium already had the discounted wind mitigation. They could not find the children (now married) in their system and were rude to them saying they weren't ever insured under their "parents policy and so not eligible". Hold times increased. They will not use email and the log in process is very complex. The iPad app is worthless, requiring IDs and passwords each time- easer to go online to use with autofill. The last straw was today with the flood quote- $100 higher than for the same coverage by ASI in Florida. They said they would fax but only the cover page came through. The quote was not available even on logging into the account so I had to re-request by snail mail. With our last auto claim (last was 18 years ago) they towed it to a USAA approved chain but then we learned (after 6 days of it being there) that that particular franchise address was NOT USAA approved and we had to ask USAA to tow t to another franchise 3 miles further. No other sites, including banking and investment sites, are so difficult to log into and they all email us directly. Its time for me to drop USAA

USAA are experts at denying claims and will avoid calling you back at all expense. My $5,500 claim in Winnsboro Texas was adjusted to $2,700 or so and then the add on from the body shop was for unforeseen damages of $14,700 approx. and USAA couldn't see the obvious in front of their face. Poor service, poor injustice to customers, would NOT NOT NOT recommend to ANYONE EVER AGAIN!

This is cut rate insurance. When I put in a claim for a cracked windshield, using they're provider, Safelite, they tried to repair it, failed, then replaced it, with a Safelite "comparable" windshield. The driving experience went from the quietest car I ever drove to having to turn up the radio to having to turn up the radio to drown out the noise. The USAA representative said it was policy to use after market, non OEM parts, whenever available. The USAA representative said they can' arrange a meeting with Safelite to discuss wether they thought they're parts were good enough. REALLY!

A lot of what I read in the reviews in accurate, like extremely high premiums on home, auto insurance etc. we stick with them mainly as my husbands pay checks are deposited in the banking portion of usaa and it makes our lives easier having everything including credit cards and our car payments all with one company. Overall they have been great to our family, reliable, extra time if we are a little late... no over draft fees etc. it does cost more but the convenience is pretty much worth it. We did a claim in fall about siding damage, my husband called in as he didn't like the quote and they wrote a check so we could find someone WE liked better. Very accommodating.