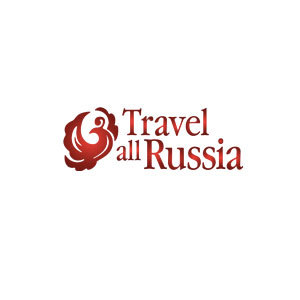 If you take 33 people, even though you call half Group 1 and the other half Group 2, it's not small group travel. That was our situation and we met other Travel All Russia groups at sights that said they had 3 groups. The 24/7 emergency hotline is unavailable after business hours, Russia time. You get a machine telling you they are closed and invite you to leave a message. Nice, considering the only time you would call is if you already have a problem. The Kremlin tour was rescheduled to the next day due to an unanticipated (!) national holiday celebration at Red Square. The next day, the group didn't have group reservations to tour the Kremlin Armory, an important part of the tour, so our guide wasn't permitted to lead us. We were fortunate inclement weather kept the public crowd low and we were issued self guiding audiotape machines. We were told to reassemble at a particular time. In the Kremlin Armory, the Diamond Fund, the biggest thing in the big thing, was supposed to be included in the tour and in the price. It wasn't, of course, since we were now on self guided mode (see above paragraph). A few of us recognized it and paid the extra entrance fee, inconvenienced by the audio wand we had to carry as electronics are not allowed in the Fund. We went in shifts, someone outside, holding the wands. Can you imagine going to Russia and not seeing the Kremlin's main attraction? That almost happened. No financial accommodation for the extra paid for the Fund (so what, that's not the point). In St. Petersburg, one part of the group was put in another hotel and asked to walk to the main hotel for the convenience of the bus at departures. One person had knee surgery 2 months earlier. Going to the first optional show ($$$) in St. Petersburg, our guide explained he couldn't make it that night and solicited a volunteer to take the ticket voucher and pick up the group tickets. We all presented to the assembly point. A bus was there, took its compliment and no other bus showed up. Upon calling the 24/7, we were told another bus would be coming. The first bus returned 45 minutes later for the remainder of the people. We were late, had issues with the voucher and missed a quarter of the show. No financial accommodation. Here are some smaller issues: Upon departing for a tour the guide discovered the headsets hadn't made it. We waited on the bus 25 minutes for them to arrive. The driver wouldn't turn on the A/C; he opened the doors. Nice way to start a day. Upon arrival by train in St. Petersburg, the bus driver was complaining loudly about having to load our bags in the bus hold. What did he want us to do? Of 4 provided lunches, 3 were Beef Stroganoff. One of our travelers was a vegetarian and although she notified the company in advance, every meal for her was lettuce and tomato. I could go on, but, if this isn't enough to deter you from traveling with TravelAllRussia, when it happens to you, you were warned.

My point of using this travel agency was that I was able to have my Russian visa "registered" after arrival, and that I was able to buy the Russian train tickets more than 90 days in advance. Otherwise, I usually prefer to make my own bookings. If only I had done so this time. I want to point of that they people I spoke to on the phone were very friendly when speaking of customer service, but service should go beyond that. First of all, I used them for the Russian visa service, which I was told takes about 3-4 weeks total. I submitted my passport to them. Several weeks later I asked about the status of my visa and they said that my passport would be submitted to the embassy tomorrow!!!! Note that I had a flight leaving from the US in several weeks from that point. I barely got my passport back in time, and almost missed my flight because of it. Secondly, the communication was pretty bad. They even contacted me saying that they could not find one of my orders, even though I had paid for it months before. I logged onto their own website and found my order and I sent it to them, as well as my paypal receipt. That problem was easily solved, but I was a bit concerned as my confidence level in the company had already dropped so much. The worst part is that about 3 weeks before the start of my train trip, I sent an e-mail asking where my paper tickets were, because they promised they would have been sent out a few weeks before that. They ignored my mail for several days so I decided to send another one. The woman whom I had been mailing with before, replied said that they had sent the tickets to the wrong address!! This is after I had checked several times previously with her that they had the right mailing address. The woman told me that in order to re-route the tickets to me, I would have to pay $60 which goes to the shipping company!!!!! I then told her that it's unfair that I have to pay that and I forward her a mail that she sent me just several weeks before confirming that she had the right address on file. She didn't deny writing the mail, but said that she has assistants and maybe that's why there was a mistake and that unfortunately they cannot pay the $60 for re-routing. And I was supposed to pay for their mistake. But I later contacted the manager and they told me that I wouldn't have to pay since it was their mistake, and I got an apology from the woman later on. They promised me that the ticket would get to me on a certain day, which it didn't. So I had to go back to the city it was sent to, because I had already left to get the ticket. Not only an expensive detour, but also a huge crimp on my plans. Not to mention VERY stressful. I hardly got the ticket on time and would have otherwise missed my train. As for the other ticket, which was an e-ticket, I was supposed to print out the paper and go to pick it up myself at the Helsinki Railway station. I went there and waited in line for a long time, but they told me at the station that it didn't have the reservation number on it, so they couldn't give me the ticket yet. Good thing I went in advance, because I had to call later that night and ask for the reservation number, which they then sent me by email. I got the ticket in the end, but it was a real hassle that I had to go back to the railway station again. My point of using them was to make my trip easier. Instead they have caused me an incredible amount of stress on so many levels on so many different occasions over the months from the time I booked my trip until leaving. I was even worried that I wouldn't be able to go because I wouldn't get the visa on time, and then that I wouldn't get the train ticket on time! I understand that they take a huge cut from the price of the train tickets, and that was ok with me because I knew that from the beginning. But I expect AT LEAST some level of service in return, unlike the incompetence that I experienced from some of them. I myself have been in customer service for years, and would never treat anyone this way. Worrying about whether I will get my passport and tickets on time actually ruined a good part of my trip. Of course I waited until the trip was completely over before posting this, out of fear they would actually do something to sabotage my trip. Save yourself from the stress and frustration that I have experienced with this company. Better yet, make your own travel arrangements!