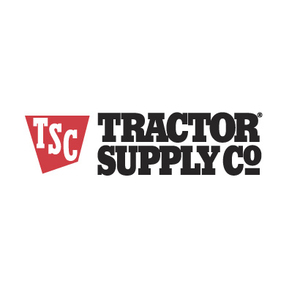 I bought a root rose, and it root was dead. I've planted Most of my rose bushes by root, and have great success. But, I called to see if the rose could be replaced. Was told there is no warranty on plants. Based on my experience wit this Tractor Supply, I would not be a customer for anything. Mostly because of pricing and warranty. Guess it is easy to be in business when nirt liable.

They have a bright and pretty website. It's not too hard to navigate, but I can never find what I want on it. Unless you know the exact name of a product, trying to find it by searching will leave you pulling out your hair! While we have placed orders from the site, it took a long time to get to the end (place your order) because it took a lot of time to find what we wanted. IF you have a store near you, you'd be better off. Also, ordering from their catalog is easier via the website--you just input the order number and you get to where you want to be a lot quicker. So, at least the website has that going for it. Ease of Use Well, it wasn't too hard to actually use, but it sure was hard getting to where you wanted to be or getting the results you wanted. Product Selection Not as good as you would think. There were a lot of items I knew they carried that I just could not locate on their website for order. I ended up having to call them direct, and that wasted more time. Product Pricing They have some good sales at times, but be aware that a lot of their products are out of stock very soon after a good sale price is promoted. Customer Service Not too happy with it. Shipping and Returns Not going to say anything bad, because I've never had to return anything via their website. In store, it's no problem.

There is nothing that excites me more than getting a sales flyer from Tractor Supply. If you are looking for anything for your farm, Tractor Supply will have it. I first went to buy chicks during chick days, which is held every March. My chicks have always been very healthy and good quality. They always put out a display around the chicks that contain all the supplies you will need to take care of them. They also give you instructions on what to do when you get home with your babies. Tractor Supply also sells farm tools, any kind of pet food you need, some horse supplies such as halters, and they even have toys for children. Another good thing about Tractor Supply is they carry the gear you need to wear when working outside or on a farm such as hats, gloves, boots and shirts. I purchased canning supplies last year from Tractor Supply, some of which I couldn't find anywhere else. They also carry a supply of books to help you with any of your homesteading projects. The staff always tries their best to help you when you need it. If you are looking for outdoor tools or farm equipment, you won't be sorry that you stopped at Tractor Supply. Ease of Use Everything is well organized. Product Selection They have a little bit of everything. Product Pricing Very competitive! Customer Service It depends on who you get but they are always friendly. Sometimes you may get someone who don't know how to help with a particular subject but they will always find someone to help you. Shipping and Returns Never had to return anything.

I love Tractor Supply and their website. I only knew about them because I had been in their stores out of town. This made me look them up online! We then got a store close by. I am a big gardener and the things I need every summer are usually out of stock because everybody needs them all at the same time. It was then I became reliant on their website. The greatest thing their website does is let me know what is in stock in the stores. Their is another store thirty miles away and if the website shows me the items I need are in stock there, I will make that trip. Last summer I really needed more tomato cages and they were not available in the store or online but the website showed me they were in stock thirty miles away. I love this because who wants to drive that far and then find what they want is not in stock. I think it is great that they have that added amenity online to benefit their customers. Again, I love their site!

We recently got a brick and mortar Tractor Supply store in our town, and I had never heard of it before then. Being at the store made me want to check out the web site, and since then I have ordered several things online. One thing that I like is that you can check out which products might be available in your local store with the zip code finder. That helps sometimes if you want to see the product before you purchase it. But buying online is a lot easier than going to the store sometimes. Plus, you can shop through a cash back site first and get extra cash back just for shopping online. TractorSupply.com offers coupon codes and free shipping usually with $99 or more. They also send out coupons in the mail which can be used online for added savings. TractorSupply.com has a large inventory for all the outdoor types of things you would need. They also have a lot of fun things for kids especially around Christmas time. They also stock lots of household items with a country theme if you like that. So I would recommend TractorSupply.com. I have never had any issues with their web site or customer service department.

Tractor Supply is an absolutely awesome store, both online and brick and mortar! When I first heard of TractorSupply.com I was fully prepared to be wholly unimpressed. I mean come on, the name sounds like a site only farmers use where they sell farm machinery. Well I was one hundred percent wrong. This site is so cool! Yes, they do carry a lot of items that go with a rural lifestyle, but they have so much more! Unfortunately, the actual store is really far from our house so we only get to visit it when we visit my parents. Thankfully, they have a great website that I utilize fairly often. It's set up well, easy to navigate and I've had great luck at finding awesome things online! First of all,we ordered my three year old daughter a toy horse there. This is a huge stuffed animal. It's big enough for her to ride on. It's not junky either, not hard like those large toys you get at an amusement park or anything. It's super plush and made really well. It's taken a lot of abuse in the last year and still looks practically brand new! We got her a pair of pink and brown cowboy boots. They're real leather, not those faux junk kids stores sell. They were comfy and she loved them! We also got her a pink and white pair of John Deer overalls that are adorable too! They also carry mens clothes, they have the tall sizes of flannel shirts that my husband and step dad like. They have women's shoes, I got some super cute Ariat cowboy boots there. The prices are competitive, for the shoes we paid pretty much what we would have paid anywhere else, but clothing is priced really well. Shipping has always been reasonable, even for the very large plush horse toy. My items have always arrived in a normal amount of time and in perfect condition. I'm a big fan of this site and definitely recommend them to anyone! If you're looking for an original gift this is a great site to check out!

I have MS, which makes going out to malls and stores hard for me. Even though there are days when I don't feel like it, I am considered disabled because of my disease. So, I chose to do all of my Christmas shopping online this year. My husband is really hard to buy for but he had mentioned some things that he wanted that would make work on our farm easier for him. One item was a set of Muck boots, which are mid-calf or knee-high, waterproof, steeltoed boots. It's also bitterly cold here so he said he would like something other than a ski mask to use when going out to the barn. I found these items at the online site for Tractor Supply store. I ordered them a month before Christmas to ensure that they would arrive on time. After two weeks of hearing nothing, I called them and they told me that they were still working on my order. Another week went by, still nothing. I called again, they said the same thing. Finally yesterday I called and spoke with an extremely rude customer service representative who told me that they had cancelled my order two days after my initial order because the hat was out of stock. Because of one thing being out of stock, they cancelled the entire order, leaving me with nothing to give my husband for Christmas. When I said to her "Your company has left me with no time to order these items from another site and I would have to pay outrageous shipping fees." She then replied "Well, Madam, NOBODY said that you had to shop online. There is such a thing as popping into your car and going to an actual store." When I told her that I was disabled and unable to go to stores, instead of apologizing, she hung up on me. I called back and spoke to a manager, who apologized but said "There's is nothing we can do. So sorry for YOUR inconviencience." I will never shop there again.