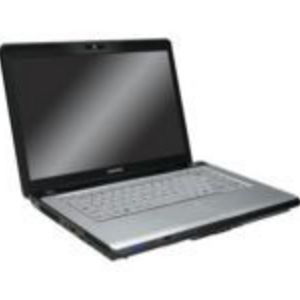 Great computer. I have had it for a few years now and it hasn't let me down. I don't know what it is though, Toshiba just can't get their speakers to work right. I can have them turned up all the way and it's horrid. I had to buy separate speakers, but that was not a purchase I planned on after I picked up this laptop. Being able to run multiple programs and being durable has made up for the speakers. I wouldn't recommend this computer for anything but daily tasks at your home. It is not built for anything heavy duty, like gaming. Battery Life Was never good at holding a charge. Luckily I don't take it with me very often. Design Of course it is older and weights more than the ones out there now. Durability Never had any issues with it except for some of the paint coming off of the mouse area and the space bar. I do a lot of typing though so that was to be expected.

I bought this computer, thinking that I would like it, I was wrong, I LOVE IT.  It does everything fast.  Have had no problems with downloading things, and the wi-fi connection is wonderful.  Will buy anothor Toshiba before anyother brand!

It has taken me over 6 months to find a laptop that reminded me of my desktop and witht he Toshiba it did. I love the monitor and the width it has along with the size of the hard drive. I like that it is upgradeable and it has wonderful features to use. It came with many perks with the exception of Vista that I am still adapting to.

I am very happy with my notebook.  It was affordable, has loads of memory, very easy to use, convenient customer service.  I have had mine for 1.5 years now and haven't had to repair anything...and still have over 70g of memory left.  I have downloaded games, photos, files, music and more.

I just bought my laptop computer a couple of months ago, and so far so good. I love the fact that my laptop has a web cam which is very easy to use. It has a ton of memory which is great for me. Im online all the time with the fact that my computer has wi-fi so that is very conveinent! I have told everyone I know of the great laptop that I have bought. The only thing that I dont like is the fact that the battery runs out of charge pretty fast. So i always have to have my battery charger with me on hand. Other than that its great!

I love my Toshiba--it is just what I was looking for.   My husband spends so much time on our desk top (mostly playing games) I decided to get myself a laptop and my own email address.  I started checking out laptops and finally decided that the mini's were just too small for my aging eyes, even though I love the small size.  I then went to Best Buy.  The Toshiba caught my attention right away.  The set up was easy.  The sound and picture is clear, bright and easy to adjust.  It boots up faster than our desk top and so far I have not had any problems.  I love the slim compact size that is easy to carry from room to room.  It is very light and easily fits into a standard lap top case.  The only extra I purchased so far is a wireless mouse.  The mouse installed easily.   My main objective was to keep up with my email, but now I am doing every thing on my Toshiba that I did on the desktop.       What more can I say!

This would have been a decent laptop, with plenty of HD space, a good amount of RAM, good screen size while still being portable, great sounding speakers, and good wireless range.  That is, until you realize that Vista ruins almost all of that.  Of course for Vista, 1 GB of RAM is barely enough to run Windows itself, let alone any other programs.  Even after upgrading to 2GB its still slower than it was when I bought it.  There is still plenty of harddrive space, and the read/write speed is good, but after being on for more than an hour none of that matters, as everything slows down to a crawl. This laptop definitely wasn't made for gaming, and even watching videos over the internet is somewhat jumpy.  Perhaps with a dedicated graphics card this wouldn't be the case.  The DVD-RW multirecorder drive works great, but occasionally the drive pops itself open when moving the laptop around.  The front mutli-card reader has started distorting files after only two years, and I don't use it every day.  The laptop gets extremely hot after being on for a while, especially the touch pad.  The drop-down laptop function menu at the top gets in the way at times, but it hasn't annoyed me enough to try and turn it off yet. The one feature this laptop has that Windows hasn't screwed up is the speaker system, defintely plenty loud and clear, and the headphone jack works great when you want to plug it in to an exterior sound system. The ATI graphics control center easily lets you set up the laptop to display on another screen, although this lowers the resolution, even through the S-video.   About 6-months after purchase the laptop begun randomly displaying a black screen, which would only go away after shutting down and restarting.  Shortly afterwards I was unable to access the control panel, several games and basic functions like changing the display.  This was after doing a recommended Windows upgrade, so I ended up using the Recovery Mode and turned off Windows updates, and this seems to have fixed the problem for now.   This laptops battery life goes quickly.  When I first bought it the battery would last just over 2 hours on balanced mode, and now it is down to just under an hour at full charge.  I would highly recommend getting the 9-cell battery if you plan on being away from an outlet, or without your charger for more than a couple hours.  The screen is plenty bright on High performance, unless you are in direct sunlight, so if you plan on using this outdoors you will probably need some sort of shade over the screen.   Overall:  If you plan on buying this laptop for the same reasons I did, you won't be too terribly dissapointed.  As long as you intend to use mostly the Internet, and your definition of mobility is being able to take it into the living room to watch TV you'll be fine.  Also doing word-processing and spreadsheets is fine, as long as you aren't doing graphically intense Powerpoint presentations.  For the price, it wasn't a bad deal, but with laptop prices dropping every day you could easily wait a few months, and buy one with twice as much storage space and RAM for the same price.

**I was fortunate that I won my Toshiba Satellite A215-S4807 in a contest.  It has a nice screen size.  Nice color.  And it does what I need it to do.** **My one complaint is that it will freeze at sometimes the worst moments.  One thing I discovered to avoid the freezing is that I started shutting it down every night and that seems to have alleviated the problem.  I was also pleased to find out that it will automatically save your work if it does freeze and you have to restart.  I found that out quite by accident after spending a long time on a project only to have it freeze.  When I rebooted, I was surprised and thrilled that it had miraculously saved my work!**

I needed a new laptop for work. This was very inexpensive and had current specifications. The only negative I have is that my cd drive died 2 months after the 1 year warranty. I don't use it a lot so have not yet replaced it.

Our family home was hit by a tornado a few years ago. The neighbors across the street lost their top story, and the neighbors behind us lost their entire home. We were more fortunate, the tornado lifted up our 130 year old roof, just a touch, and put it back down again, although it took out a huge barn completely,  and threw a John Deere tractor against the house. All of our windows were blown out, there was a tree in our living room, and the doors were blown in. What does that have to do with a laptop?? Well, thanks to the tornado and the insurance company, all of our computers got replaced. I decided to ditch the desktop idea, and replace it with a  laptop. I didnt want to blow the insurance companies money and buy a top of the line one, when I didnt even know if I would like the laptop idea. Well, three years later, and my Toshiba Satellite  A215 Notebook PC is still going strong. I really wouldnt change a thing. Its been knocked on the floor by my 3 dogs, and, just needed a few parts, which were easy to come by on ebay. The size is perfect, memory is quite satisfactory, no connectivity issues, doesnt heat up like some I've known, and, all in all, I recommend it completely!!