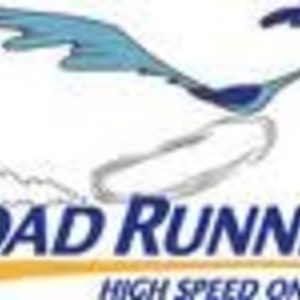 I have been using Time Warner Cable Company's Roadrunner internet and telephone bundled service now for about a total of two and half years. Previously I lived in a very rural area where all we had was satellite internet so I can only say how happy I am that Time Warner Cable Company provides me with really fast cable and with unlimited bandwidth to surf the internet. Of course anything would have been an improvement over dial-up and satellite like the old place so I don't have a lot to compare it to. Mostly the Time Warner customer service has been good. The internet almost never seems to go out here. It is pretty rare that we have a service outage and when we do it usually doesn't last longer than an hour or so. I did have one problem where the price kept creeping up and I called asking them to bring it back down. The representative was having computer trouble and finally said that he would need to call me back. When the internet slowed to a trickle that night their tech support finally figured out that they had put me on to the cheapest plan without calling me ever back. But other than that little hitch it has been great and I am happy to no longer be part of the 28% of America that doesn't have DSL or Cable internet available to them.

When I moved, I had two choices for internet service - AT&T Fiber Optic, and Time Warner Cable Roadrunner. I had AT&T for the last 6 years, with DSL service, and wasn't happy with it. TWC and AT&T Fiber Optic was going to be the same price, but AT&T wanted to charge me $100 to install, whereas TWC was going to charge me $30 (with a $10 discount if I signed up for autobilling). So, I picked Time Warner. They confirmed my appointment, showed up on time, then told me I didn't have the right modem. The tech gave me a modem to use until I could buy one (I didn't know they were over $100!), and set everything up for me. We subscribed to the "Basic" service, which is $30 per month, and $10 over the cheapest service that we could get. It's max bandwidth is 3 mbps. We don't stream from Netflix or Hulu, so I can't describe that experience, but we do watch tv shows from network websites, Youtube videos, and stream with Spotify, and nothing "buffers" or times out. There's an occassional "glitch" - the pages won't load for 5 minutes every couple of days - but no other problems with service. I'm surprised to find myself rating it so high, but there's actually not been any problems since we switched! (Seems most of the negative reviews are not about the service, but about installation techs - but ours was knowledgeable, fast, and professional.) Speed We pay for "basic", which is more than enough for our 2 computers that are rarely on at the same time. It's usually 1 computer with video or music running, and it's smooth.

twc has a remarkable product with rr. It can be one of the greatest products that they have. The breakdown is never. The reliablity is 99.9% wonderful. There is a love for the way my family can have entertainment movies music etc. at any time.the speed is right on point.Wifi signal is strong enough to enjoy outside of the house in the yard any season. For teens this is great to do homework and send emails for school helps children stay connected to their grades. This brings me to how did any function without it. Recipes galore. A treat for the whole house. young children can get educational sites at great speed. pictures are great quality. access is secure. Makes it easy to stay in touch with out of town family. send video and pictures with easy to the grand parents. Great technology and a subscription makes this product a 5 star item. I didn't even mention how if you subscibe to premium channels that you can watch show on your rr account. Everything you have at home in the on the go package that connects your tablet laptop phone and computer to the road runner fast internet connection

I would like to make a complaint about Time Warner technician. 2 wks ago I've updated my basic internet to WIFI internet, after I set up my modem I couldn't connect to the internet, so I call technical support. He directed me to do sometinng on my computer with very inpatient, rude maner, then it was working. Next day, it was the same proplem agin, I couldn't connect to the internet, so I called again, on this day I've called several time as I used my cell phone, & it got cut, at least 5 times I've called, 1st & last call I got a very bad technician who was so rude & inpatient, does not listen to what I said, did not let me finish my sentences, & I felt intimidated, I finaly remind him that I'm only a user not technician, he had to be patient & I'm his customer, now he seem to be a little more patient, still I felt intimidated when he raised his voice to tell me what to do next. That day I have talked to about 5 technicain, only 2 of them are very polite & seem to be patient, let me finish my sentences & told me that they were happy to help me solve my problem. I'm a royal customer, I definitely don't deserve this, is there anyway that you can improve this?????/ Thanks/Your Customer

sent some dude who had no idea what he was doing, he tried to get the internet out of my wireless modem if you have any concept of how the net works you will understand how assanign this is. so they had to come back to fix it and they thought 11:30 at night would be a good time to knock and ring my doorbell and then call my mother to try to get me to wake up. lunacy Speed when its up and running its great, on days like today its slower than a turtle Security havent had any problems with security Reliability if its not gonna work when u need it whats the use.... Customer Service sent me to a number no longer in service, then when i finally got through to somebody they sent me to someone else and after 20 minutes on hold i hung up

I switched to Road Runner broadband cable Internet after Cincinnati Bell (ZoomTown) failed to get my Internet service to work three years ago. In those three years, I have to say that I've had only a few instances when it didn't work. The time it was out the longest turned out to be the fault of my router going bad. From the sounds of things, I may be in the minority, as I have heard of others not being so lucky. Several months ago, after I noticed an increase in my charges, I called to see about getting my bill lowered. Apparently, I was getting the promotional rate from when I first signed up. I didn't need the absolute fastest speed, since I no longer use it for my job, so I asked for the rate on the next lowest tier. For that, I get an upload speed of .97, and a download of 2.92. I can live with it. That brought my monthly charge down to $43. I don't have cable TV, and I prefer not to use digital phone service. I know if you bundle two or three services, you get a lower rate. Because the Road Runner service has been very dependable, I would recommend it to others. Speed I could pay extra for their fastest. Security No viruses. Reliability Great. Customer Service Thank doG, I never have to call.

I have tried off and on for a year to find a way out of the Time Warner trap. Fios and Uverse aren't available in my zip code and I don't have a view of the Southern sky so the satellite companies are out (sob, sob!). Unfortunately there are no other cable companies servicing this area - Time Warner has a monopoly and somehow gets away with it. However - it's easy to call customer service and get them to make you a less expensive deal on your services. Just try it - I did. So - what do we get for an average of $100 a month? HD service on two tvs, digital cable on a third one and Road Runner Turbo w/power boost on two computers. That includes three set-top boxes. Let's dissect that service, shall we? First - the cable service, no matter what you have, digital or otherwise, is very, very reliable. In fact, in 5 years our cable has never been out. The problem with the digital HD cable service is primarily the program guide - both online and onscreen include every channel they offer - whether you subscribe to it or not. HD programs are easy - the remote select button will switch you to the HD version of any show. Beyond that - they don't provide a guide to the channel number groups, so you have to figure it out for yourself - or miss some programs because you just didn't know they were out there. The second problem is the ridiculous rental cost of their set-top boxes - which you can make more acceptable if you call them and insist on an overall better monthly rate. Roadrunner Turbo- in this area - is the slowest internet service I have ever had, running at about half advertised speeds most of the time. It drives me NUTS. If I could find a land line phone as inexpensive as Vonage, I'd switch back to Earthlink in a flash!

I signed up with Time Warner Cable because that's what my parents used and it seemed to work well for me when I visited them.  Little did I realize how much they actually fork over to Time Warner every month - it's much more than I can afford.  I signed up for Road Runner Lite, which was a step up from what is called Road Runner Lite today.  After 2 months, my price went up $5 without any warning.  So, I downgraded my service to the 768K level, which is what they now call Road Runner Lite.  In the past two years, my bill has gone up 3 times.  I signed up for an online class last fall and it would take me hours of buffering and reloading to get through the course videos.  Trying to watch a session live was impossible because of how slow and erratic the internet service is.  My internet will be working fine for a while and then just die for no apparent reason, causing me to have to reset the modem at least once a week, sometimes as much as a few times a day.  Downloading a video podcast on iTunes takes as long as the playback time (usually about 50 minutes downloading for a 45 minute show).  You can forget about Netflix, iTunes, or Amazon Video On Demand.  The service is just absolutely pathetic.  The call center personnel are so rude that I don't even bother calling anymore when something goes wrong - I figure out how to fix it myself.  All this and I'm paying more than twice what AT&T charges for the same internet speed.  I seriously cannot wait to switch.