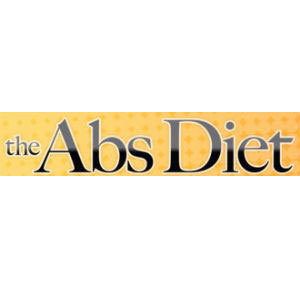 There are a lot of good components to this diet, which is why I was confused as to why they would promise that I would have flat abs in six weeks (which I did not). I ate six meals a day with this diet so I was never hungry. I had to add in a food from their required list at every meal and that became a little tedious, but I did lose weight. There is not much information to back up the claims of this diet, but it makes sense that if you eat more meals with smaller portions, you'll be less hungry. I did lose some belly fat, but I definitely did not get washboard abs or anything. The person that talked to me about this promised I would have a flat stomach (I should have known better) and that is reason I decided to try it. The Abs Diet is a six week plan that completely changed that way I normally ate, which I did not do that well with. I could not get used to eating that many times a day. At the end, I felt as though I had failed because my stomach was not flat, so I ended up abandoning this diet. Side Effects I did not notice many side effects with this diet. I was full most of the time and did not feel sick from not eating. I had energy and I could get through the day without getting too tired.