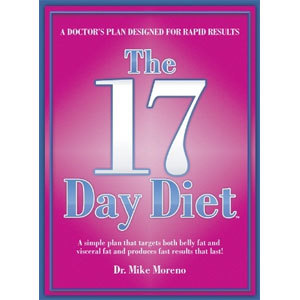 The first time I tried this diet, it worked really well for me. I was able to lose 15 pounds and keep the weight off for about 6 months, until I became pregnant. I learned a lot about nutrition in the process as well. The diet teaches you about optimal nutrition and which foods are the best for your body. The second time I used this diet, I did not have as much success. I wanted to become healthier, but was lacking the time I had before to prepare meals in advance. This diet can work great, if you stick to the requirements. I found that it wasn't a good fit for me after I had children. Effectiveness I used this diet to slim down before my wedding in April of 2012. I started the plan in the middle of January. I found it easy to follow. There are lists of allowable foods for each phase of the diet that you are in. I would plan a day's worth of meals around these foods. I lost about 15 pounds on this diet and was able to maintain the weight loss until I became pregnant with my first child in September of 2012. Side Effects I didn't notice any negative side effects with this diet. My body got used to eating lower amounts of sugar and picking up the subtle sweetness in foods. I started eating plain greek yogurt with fruit, instead of the flavored yogurt. It was a big change at first, but I got used to the taste after a few weeks. I'd consider that a positive side effect. Ease of Use I thought this diet was really easy to follow. I like plans that tell you exactly what you need to eat. It doesn't leave any guesswork to the reader. When I attempted this diet again, in March of 2013, I didn't have as much success. I found the diet to be too restrictive. I had a young child and it was difficult because I didn't have as much time to prepare meals. My body also required more calories at the time because I was breastfeeding. I was left shaky and weak when attempting this diet the second time.