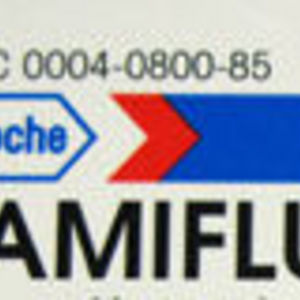 I had a very major case of influenza A, and Tamiflu cleared me up almost instantly. I stopped throwing up almost immediately, my cough started to clear up, I no longer got headaches, and felt like I could do anything. I was back at work within a week. Best flu medicine out there.

Tamiflu was prescribed to me and my husband both after a visit to the local Emergency Room. As we both suffer from Asthma we were told we needed the medication. The first pill in the set didnt do much for me but by the third pill I was already feeling better. I was up and about again, doing normal household things. I attended two funerals (with proper precuation and a mask). My mother also had the flu and was not given this medication as she does not fit the criteria. My flu compared to hers was a lot shorter. They said it would cut one to two days off of it if taken soon enough. I was only sick for about 3 days while my mother had the flu for a week straight (7 days). I highly reccomend this product. It helps you feel better and if you follow the directions it will cut the flu time way down! I would absolutely take this medicine again for the flu any day. I was very reluctant at first, but after the first day I felt way better and glad the doctor prescribed it!

Tamiflu is the wonder drug for the flu. It works great. My 5 year old had the flu and started taking this 2 days after his symptoms appeared and he was tested for the regular flu. This medicine worked great. Worth every penny!

Although most people survive a bout of the flu, many people who have had a full-blown case of the flu feel like they just might die at some point in the near future. With high fevers, a dry cough, total body aches, fatigue, and more, it is very hard to crawl out of bed, much less care for three children with the flu like I did in 2007. Here is some basic information about **Tamiflu**: - This is an antiviral medication, so it will help treat symptoms and the actual virus. Just because someone has a viral infection does not mean that they are not sick--it is often harder to treat a virus because there is such a wide variety of viruses out there. - It is available by prescription only. Over-the-counter medications can help treat the symptoms but will not treat the flu virus. - Begin taking within two days of the start of the flu symptoms (the doctor will not tend to even prescribe this if your symptoms began more than 48 hours before) OR - Take prophylactically (to prevent symptoms) after being exposed to someone with the flu - It is recommended for those one year and older - It is not recommended for those who are pregnant or nursing unless your physician decides that this medication would be appropriate for you - It is available in pill form (twice daily for five days) or fruit-flavored liquid form (once daily for ten days)--this might be altered if you have special needs such as kidney disease - Some children exhibited behavior changes while taking Tamiflu, so children should be carefully monitored while taking this medication--my 7-year-old took Tamiflu last year and felt SO much better within two days without any side effects, and she has multiple sensitivities to foods and medications. Here are some things I learned after my three girls and I got the flu last year: - Our pediatrician's office did not want to prescribe **Tamiflu** for our child when I called and I was advised not to bring her in. If I had known that I needed to mention that she has ASTHMA, then I certainly would have done so because this child suffered terribly with the flu with really rough respiratory symptoms and fevers of 104.9 after Tylenol and two tepid baths, not to mention her mother with asthma got a full-blown case of the flu as well. (Have you ever been too sick to go to the doctor?) - It is a good idea to speak with a nurse before making an appointment to be seen at the doctor--sometimes a nurse can save you a visit or give some good ideas for home treatment, but in this case I would have been better served if I had at least left a message for our pediatrician, who knows that our family has asthma. It is a good idea to check with your doctor during a well visit to see if you should seek treatment if you developed flu symptoms so that you will have a game plan. You can also check to see if the flu shot is recommended for you. - The flu shot is not 100% effective but my husband got it and was the only one in our house who did not end up with a case of the flu. He kept checking and checking his temperature with our new [thermometer][1] , but unfortunately, he got stuck with trying to take care of us when I could not crawl! Moms, TAKE HEED! - The flu season can begin as early as October and last as late as May. I had thought last year by the end of February that we had hopefully avoided the flu. I could not have been more wrong. - This drug is expensive, but it was certainly worth if for one of my child who was able to take it. The [Tamiflu website][2] has some great information about this drug and more. **My Viewpoint:** Many people have survived a full-blown case of the flu. I did, but I needed to take care of three little girls with the flu and developed worsening asthma symptoms and temporarily lost my hearing completely in one ear and had significant hearing loss in the other ear. Seeing my children suffer with the flu was worse than that. My 6-year-old did not like the taste of Tamiflu, but she certainly recuperated much quicker and was glad not to have to suffer the full effect of Influenza. If you have the flu or are exposed to the flu, I would encourage you to check with your doctor to see if **Tamiflu** is a good choice for you. [1]: http://www.viewpoints.com/Exergen-Temporal-Scanner-Infrared-Thermometer-review-0f6d3 [2]: http://www.viewpoints.com/Tamiflu-Website-review-3c632