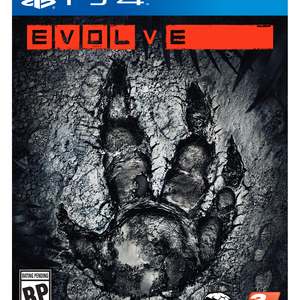 From Turtle Rock Studios, creators of Left 4 Dead, comes Evolve, the next generation of multiplayer shoots where four Hunters face off against a single, player-controlled Monster in adrenaline-pumping 4vs1 matches. Play as the Monster to use savage abilities and an animalistic sense to kill your human enemies, or choose one of four Hunter classes (Trapper, Support, Assault, and Medic) and team up to take down the beast on the planet Shear, where flora and fauna act as an adversary to man and monster alike. Level up to unlock new Hunter or Monster characters as well as upgrades, skins, and perks. Earn your infamy on the leaderboards and become the apex predator.

i was playing that game alot of time . something like 7 hours a day . and i was comfortable about the multiplayer and online . and it wasn't any thing to worry about it

When this game first came out, I was super excited. The idea behind it was very innovative and I could not wait to buy it. As the game got closer to release there was a lot of talk starting up how Evolve was going to feature day one DLC (uh-oh). Aside from the talk, I still pre-ordered the game in hopes that Evolve would be the game I was hoping for, and that the DLC would just be a cosmetic option. The day arrived and I finally got my copy. To my surprise all the talk was true. Evolve was a game that you bought about half of, and the other half was sold to you through micro transactions. This was a very frustrating start to the game. With that aside the game itself is a very unique idea. Basically you can take on the role of an alien or an alien hunter. As a hunter you work as a team with other hunters to stalk down the creature and destroy it. Taking on the role of the alien allows you to hunt the hunters, and get stronger by evolving in to more powerful forms. The online play of this game is fantastic, and very fun. The biggest issue with this game is that the DLC and micro transactions ruin it. The game as sold in the store loses it's charm very fast; and after a month of playing it I have already moved on to other games. While the idea is great I cannot recommend this game to anyone, unless you can catch it at a heavily discounted price.