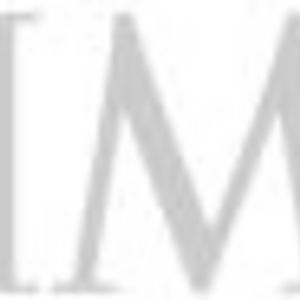 Our subscription was ordered as a gift for the man of the house for Father's Day.  We ordered online at a discounted rate.  We have all found it to be very informative on world-wide events.  These events also seem to be very up-to-the-minute. The magazine is well worth the cost - as it provides a variety of coverage...  including news events, movie reviews and book reviews.   Our issues always arrive in a timely manner.  We find that there are not too many advertisements..  We like the size and vivid colorful pictures of this magazine.  The magazine is of such great quality that we are saving most of the issues as memorabilia for our grandchildren.

I have been a subscriber of TIME since I moved out of my parents' house at the age of 20.  I look forward to receiving it every week.  I am always curious to see what will be on the cover.  They have amazing photographers and writers on their staff.  I especially like it when they feature the drawings of local (to me) artist C.F. Payne.  His caricatures are right on the mark. TIME has monthly features like "Inbox," which is their letters to the editor.  I sent one to them when I was 25, and it was published.  I've written a couple since then that didn't make the cut.  Another is "The World" that highlights significant events that have occurred in the last week.  "Verbatim" contains quotes, usually humorous, from people in the news.  They also inform you as to what is going on in our nation's capital and the most recent medical advances. Whenever my subscription is about to run out, I will do an online search to see where I can get the best deal.  It usually ends up that the TIME website offers the most reasonable rate.  I typically get a year's worth of magazines for $20.  Sometimes they even throw in a free gift, like a duffle bag or a small clock with the TIME logo stamped on the front.  That adds even more value to the subscription. You really get your money's worth with this publication.

Time is undeniably a liberal magazine. It alternates between gushing praise for Obama/Clinton in one week, and then doomsday warnings about global warming the next week. The magazine does nothing else. Meanwhile, it offers no insights or persuasive arguments in favor of the issues it supports. Instead, you will read page after page of stereotypes and pseudo-intellectual "analysis" by self-styled "experts" touting the fashionable green technology du jour. Newsweek, on the other hand, is *informative.* It has a liberal bias as well, but the writers back up their viewpoints with compelling facts. Newsweek also contains much more variety.

TIME magazine is a clasic american magazine. Always up to date with the current important topics. It's probably the one place you won't see britany speers or jessica simpsonc can't say that about many other places. I like the stephen king commentaries.  The print is small, though, and with the articles being so long, my eyes get strained The pictures are absoulutly amazing, makes me feel like i'm actually there!

We've subscribed to Time for many years now. We don't watch local news (mainly because the bulk of it isn't news at all) and I refuse to be a part of the shouting matches on cable that pass for debate. With Time I feel I can make my own opinions regarding topics I feel are important, and if I do think that the author has a slant I'm free to look it up online and get more information.

AOL Time-Warner is a large U.S. conglomerate that provides internet service, music, cable television services, filmed entertainment, and other communications- related business. Besides all of these lines of industry, AOL Time Warner is also a major publisher, producing approximately 140 different magazine titles. The best known among them all is **Time Magazine**, a well- respected news source that has been printed since 1923. **Magazine Commentary:** Time magazine is a primarily a news magazine, but it includes other topics of interest as well. It combines coverage on world events with the latest trends in science, art, television, business, etc. into one magazine publication. I've been reading Time on and off again since I was a teenager. Back then, I would often read the weekly issues that came in the mail, making Time the first "mature" magazine that I became familiar with. I remember that I was impressed with the photography in Time and I enjoyed some of the articles very much, while others seemed to be rather shallow and one- dimensional. I feel the same way today. I like some of the worldwide political stories that are covered in Time, but other articles bother me with their one- sided approach. Once a Time journalist has made up his/her mind what direction an article will go, he/she usually sticks with his focus and makes an all- out attack, or lavishes all- out praise, on the subject at hand. Many people criticize Time because they consider it a "leftist" magazine. I don't know if I necessarily agree with that label or not. It's true that Time often features an article or two that is centered on a liberal cause and it often presents critical assessments of George W. Bush's policies and the actions of other conservatives. But I have also read articles that support certain views of the president and other prominent conservatives. In addition to that, I have read articles in Time that criticize traditionally liberal subjects. So I don't know if it's fair to just brush Time Magazine off and give it a "leftist" label. Besides, Time is more than just a political magazine (although news is the main focus). It includes many articles on subjects that are more neutral in the liberal/conservative spectrum and that have nothing at all to do with politics. Overall, it does *lean* left, yes. It's definitely more liberal than, say, U.S. News and World Report. But it's not a socialistic publication, like some of the more harsh critics claim it to be. Time is published weekly and it's one of America's most popular magazines, with more than four million subscribers. This places Time in the Top Ten magazines in the U.S., based on its subscription base. Each issue is about 70 to 90 pages in length, which doesn't sound like much at first, but it's actually typical for a weekly publication.  **Bottom Line Viewpoint:** Overall, I give Time Magazine a thumbs- up recommendation in spite of itself. I really like the photography in Time, as well as certain authors. It's not the perfect news magazine, and its liberal- leaning perspectives will bother some readers. But it's still a good news source, full of timely articles and good commentary from time to time.