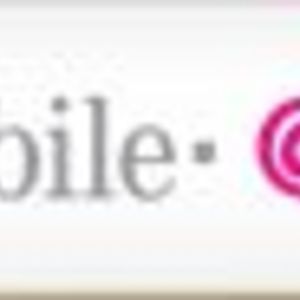 @home is better than other VOIP systems I have used, but still way less reliable than plain old copper lines.frequently (like every week or two) phone line is dead and have to reboot the router.  t-mobile says its becauase they are updating things.recently spent an hour or two on the phone with t-mob to reset firmwre on router - an update apparently did not take correctly.missing some features of other VOIP providers like simulaneous ring, web control of forwarding, real time viewing of call history,

In comparison to their cell phone service, their at home service is not as great - perhaps since it is still so new, they are working out all the bugs.  However, I am saving a lot over traditional land-line service, so I will stick out my contract and see if I can fix the glitches having VoIP caused.  At this point I'm not sure I could positively recommend this product.  I will see how things go over the course of the next year and change if needed.**PROS**: If you already have the cell phone plan, your home phone is only $10.00 per month, for us that's a savings of over $240 per year.  Long distance is included in the $10.00 per month charge - saves us from having to use the cell phone for everything.**CONS:** uses your computer line so it disrupts other phone related automated items, *requires an additional router, customer service for at home is not as good as the cell phone customer service, At home customer service promises things that are untrue (for instance: 911 fee is included with original phone line - not so, we have 3 phones and turns out they charge the fee 3 times, this is something I was surprised about when he mentioned it - so I questioned him a couple different times and said are you sure?  Yep, says he - wrong says my bill; CSR tells you the router can be returned free if you decide you don't like the service, not true there is a fee, when we were in the 30 day grace period I had some problems and was told I could return it at my cost for shipping and then just pay the fee for early termination - I said but I have a 30 days grace period, they said yes, for the service, not for the router) if you wish to keep your original land-line home phone number it is not a seamless transition.  As a matter of fact this was a lot of problems.  There was a point where the phone did not work at all for over 6 hours.  There was a point that I could call out, but could NOT receive any incoming calls because it stated that the number was not in service, yet I could call out to it.  If I called from my cell phone to the number I received a message out of service.  If I called from the phone (expecting a busy signal) it said this number is not in service.  The tech said they got it to ring, yeah, sure.  Caused our computer to have download issues - if we are downloading a big file it will prevent us from using the internet for any browsing, no matter which computer we are on - this is not something that was an issue before having the VoIP connection, this changed when we added the VoIP, had to buy a whole new phone system (another untruth by the CSR as he said we could use what we had) in order to have more than one phone in our home - as you can only have one plugged into the router jack; note all the other phone jacks in your home become worthless. Loss of power means NO phone service - this could be a potential issue if there were an emergency.  There are jerky signals, music sounds bizarre - like when you are on hold, or in our case the background music for the answering machine.  Requires a contract.  Finally, the phone sometimes cuts in and out and sometimes you can hear the other person, but they cannot hear you.  We are stuck now for 2 years.**VoIP WARNING:** Anything you have on your phone line will be disrupted because of the change to VoIP.  We had TiVo, which used our phone line - we found after the change to VoIP we could no longer get TiVo updates, it wasn't until we spoke to a TiVo representative that we found out it was because of the VoIP; he told us that we actually no longer had a land line, so there was no PHONE line for it to use.  We were able to *solve* this by getting the wireless TiVo adapter.  The other area that it was a problem was our automated alarm system - this is still a problem and we are trying to figure out how to correct it. :(These issues will be the case when you switch to VoIP no matter what company you use.  What happens is that you use your modem to process the signals and codes given to and from the computer.  From there the router processes the information so you can make and receive calls - it takes the voice and converts it to computer sounds, then sends it through the line and reconverts it to voice.  The problem is that the modem and router are connected at a wall jack.  The DSL service is fed to all the phone lines and the modem, so anything that uses the phone line BEFORE the router will NOT work.  Our Alarm system is tied in that the entry point, the TiVo was tied in at a different jack.  Once you have VoIP you actually only have one working jack.

I believe that T-Mobile @Home is amazing. It helps you save money. By only paying $10 a month for a home phone service, it really beats having to pay hundreds of dollars when everything now and days is so expensive. It really is a helpful way of having a phone when you don't need fancy add-ons to the phones.

I have a Family Plan with 5 lines (Base Plan and 3 add-on lines).When I went to a T-Mobile Corporate store to sign up for @Home Service, we found out I cannot order the service. Seems that since they are adding this as an additional cell line in the system, I cannot get it.They cannot add a 6th line to a Family Plan, so to get the Home service, I would need to start a new account of $39.99 or higher, or get 2 Family Plans and put 2 Cell lines on one, and 3 cell lines on another. So, in the end, I would end up paying at least $40 more a month and have 2 Family Plans. Sounds like they need to make some changes to their billing system rules..... Overall, cheaper to stay with AT&T CallVantage with unlimited calling at $25 a month than get 2 T-Mobile plans. Great idea, poor ordering system.