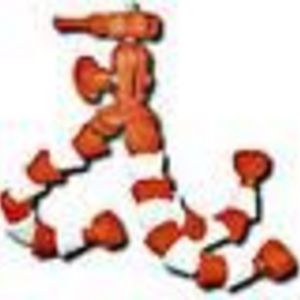 the FlexPod Gripper Tripod is great for holding your mobile phone, you can ride and talk hands free and not worry about dropping your phone. It connects to your handle bars of your bike by wrapping around with the flex grip. when you are done riding you can remove it with ease

I have a metal camera tripod. I have had it forever and use it for my heavy 35mm film SLR Camera. Now I have a little[ Fuji FinePix Z20 fd][1] point and shoot digital camera. Why forgo the convenience of having a pocket sized camera by lugging around an unwieldy, heavy traditional tripod? I, for one, do not like giving strangers my camera and asking them to take a snapshot of us (that is whoever I want in the shot with me). If someone takes off with your film camera, they take - what? 24 photographs and the money you invested in the camera? Most people (myself included) keep a bunch of snapshots on their digital camera's memory card. Now hundreds of pictures and your entire trip's memories are gone. So, if you don't trust people with your camera, you are stuck with the arms-length self portraits, or not having some person in the frame with you. That is, until you purchase the Sunpak Platinum Plus FlexPod Gripper tripod. This is a tripod with flexible legs and self leveling feet. It's lightweight and made especially for compact cameras. The legs are strong and can wrap around anything! You can wrap it around a tree branch, sign post, fence rail... anything small enough for the FlexPod Gripper tripod to get its legs around. If you just want to use it as a tabletop tripod, it works great for that, too! It holds a camera up to 16 ounces, and the tripod itself weighs around 6 ounces. The point where the camera attaches to the tripod can either stay horizontal, or you can let the hinges loose and let the camera go vertical. Even though it's possible, it's not recommended that you hang the tripod upside down with the camera on it. It has limitations, of course. A traditional tripod can just stand on the ground and has telescoping legs. You can set it up anywhere and get a good portrait. The Sunpak FlexPod Gripper Tripod has short legs. You need to wrap it around something, or set it on a surface that is at the level you want the picture to be taken to use it. The FlexPod comes in a few different colors, and while the legs are strong, the part that screws onto your camera seems to be made of much cheaper plastic. It's called the Platinum Plus, but that plastic could use an upgrade. I would be careful of the top part.  I give it an above average rating for its size and convenience. It's still not as nice as a traditional tripod, and the top plastic part is cheap, so it knocked it down a star. Still, it is a great accessory for the compact digital camera. [1]: http://www.viewpoints.com/Fuji-FinePix-Z20-fd-Digital-Camera-review-36ce3