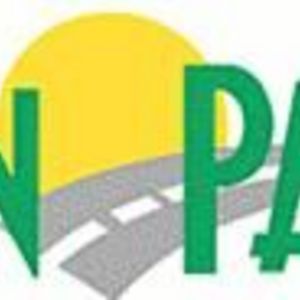 Several years ago when Florida introduced SunPass, its electronic toll collection system on the Florida's Turnpike, it was less than an overwhelming instant success. Let's just say the system was quirky.  Initially, sometimes it worked, sometimes it didn't. Then there was the issue of allocating toll lanes for the electronic transponders.  At least at the start it appeared that SunPass lanes were assigned randomly across a bank of as many as 10 toll lanes.  This was bad, very, very bad. Florida drivers are known for many things, but nimbly changing lanes while approaching toll booths are not among them.  Remember, this is a state known for "very old people driving very large cars".  No sir, it wasn't pretty.  Toll plazas backed up as badly as when everyone was stopping to pay the toll. But not everything the state did while introducing SunPass was bad.  One brilliant move was to raise tolls the day the system was introduced, but give SunPass users a discount (25%) so they continued to pay at the old rate.  Considering that the state was charging drivers $25 for the transponders, offering a toll discount was a good move. **Time Marches On** SunPass now is a smashing success.  For the most part, these days you're hardly even aware that you're at a toll plaza.  Gone are the dedicated toll booths for SunPass.  At most plazas, the booths have been eliminated and SunPass drivers zoom by on high speed lanes that capture your electronic payment while you're doing 70 MPH.  The only toll booths left are for those stalwarts who insist on paying cash.  All these cash booths are bunched on the extreme right of the turnpike. **How Sucessful?** Almost 10 years after its introduction, it is estimated that about 2/3's of all Turnpike System drivers pay via SunPass.  Earlier this month SunPass introduced its "SunPass Mini".  Now as an alternative to the $25 transponder, you can purchase a micro-chip embedded sticker to place on your windshield for $4.99.  And, to sweeten the deal even more, you receive a rebate of $4.99 when you register your sticker.  Sweet! **Room for Improvement** Those of you who live from Maine through Washington, D.C. are probably familiar with EZ-Pass.  No matter where your car is registered, your tolls are paid automatically if you subscribe to EZ-Pass.  All EZ-Pass states have reciprocal agreements.  Well your SunPass isn't compatible.  You'll pay cash at EZ-Pass tolls and vice versa. Considering that South Florida is often thought of as an extension of the NY Tri-state area, a little reciprocity would be a good thing. **My Viewpoint** If you regularly travel the Florida's Turnpike System, SunPass should be a no-brainer.  That is, as long as you're not cheating on your spouse.  You might want to Google that one!  Rudi