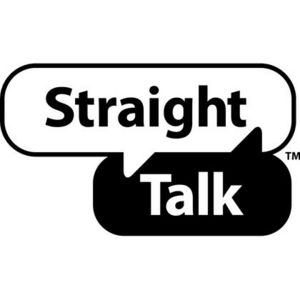 I have been with straight talk for awhile now and I have to say it is a great plan, I love the fact that I don't have to have a contract. No matter where I go I usually have service. And the data I get is awesome.

It's great service for the price. And the phones arent to bad priced either

I was on a contract plan fro years. Eventually I got sick of the bill always going up. I decided about 2 years ago to try straight talk and it was the best choice ever not only am i saving 100 a month of my phone service but it using the exact same towers as my contracted plan. the monthly cost is always the same and they have a TRULY unlimited data plan

I was promised a $20 discount on my upgraded phone by one representative and then when the invoice came thru then no discount. I called back and talked to someone else and was told they couldn't give me the discount now even though my present phone was considered not compatible by the end of the year. Customer service lies and I thought Straight Talk was better than that. Now I know and will consider taking my business elsewhere.

I have had straight talk for many years. They just came out with the unlimited plan and I think it's awesome.

I have been with Straight Talk for approximately 5 years now. Since being a customer of theirs I have only had to call them twice for technical problems I was receiving when first signing up with them. Both of these were taken care of within the same day. I have never experienced dropped calls. Texting, a few times I do get a dialog box stating I have to download an MMS message, which does become a bit frustrating at times. When I am connected to the Internet, pages load quickly and effortlessly. Speed does slow down after you reach your limit, but the data is still considered unlimited. Not too much of a hassle if you are spending the majority of your time connected via WiFi (which DOES NOT count towards your data 4G limit). Though I have thought about going back to a contracted plan, the price and service I get with Straight Talk is equal to, if not better than any of the big name companies I have dealt with in the past.

They need to fix there mistakes when communicating to people.

I used straight talk's prepaid phone services for a few years now and it still has the best reception out of all the other phone carriers! Since they use multiple cell towers, they pick up cell reception virtually anywhere!

I have been using Straight Talk for almost 9 years. Since their phones were lacking, I continually have made use of the "Bring Your Own Phone" plan and usually haven't had too big of a problem with the phones working other than them being time-consuming to set up. I've always elected to be on auto refill. For many months, I've been magically booted out of auto refill wondering why my phone isn't working, but hey, you get what you pay for, right? I thought, well, Straight Talk is cheap enough for me to put up with these headaches. I've finally decided I've had enough. With my current phone brought to the plan that is "compatible," after it was first set up, the GPS wouldn't work. After several phone calls (and hours), the GPS finally started working after I was told "That should have been switched when you were first set up." Fast forward, GPS works, but now, I am unable to see or send picture messages or use the blue tooth in my car--these are all things that worked while the GPS did not work. I called Straight Talk today (1 month later) to find out that they cannot check these things because I don't have any more high speed data to use. They told me to check my wifi connection. I explained that there is no trouble with my wifi connection. However, unless I buy more data, they will not look into it because they don't see it as their problem (even though I had plenty of data when the issue started happening). I spoke with a customer service rep and a supervisor. Neither of them were the least bit helpful. After years of struggles, this is the last straw. I can no longer stick with a company that randomly disconnects my phone AND is entirely unhelpful. Even though I love to save money, I will look elsewhere.