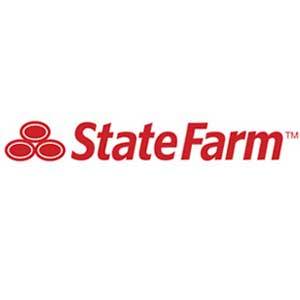 This insurance company is the wrest company I sow ever in my life. The reason I'm saying this is because I was set for auto pay for my Car and they cancelled my insurance policy without notifying me, even they say so. I need a second notification before they cancel my policy, they need to make sure that I received the mail. There so many chances to be mailed to a wrong address, even if sent. I don't recommend any body to buy insurance from State Farm. I decided to find another one for me. Wrest ever

Years ago, I was in an accident (my fault) and I asked State Farm if filing a claim would affect my insurance, since if it would I figured I might just pay the damages myself instead. They assured me it wouldn't, so I had them cover the damages. Months later, about a month or so from returning from a deployment, I received an email from them, telling me they were dropping me completely, and that I had a couple weeks after I returned to find a new insurer. I do give them credit for at least giving me that time, hence the two stars, but to not only do that after telling me my insurance wouldn't be affected by the claim, not to mention while on deployment, was reprehensible. And coming back, things are very busy, so a couple weeks, hardly enough time to fully research insurance options under the best of circumstances, just added to the stress of everything. They lost a customer for life due to that. In fact, even the SF agent back home disagreed with what they did, so much so that he offered to cover me against their policy, which is the only reason I would ever consider them again. I would only use SF if I went through a local agent that I knew very well and trusted. But otherwise (and even then), I have no intention of ever doing business with them again.

I have 4 cars insured through this company. Always receive incredible customer service. Any questions you may have they answer in a simplistic way, and overall will help you maximize savings!

I have had a policy with State Farm in the past. I purchased a new car at the beginning of 2019. I was told my policy would be a little over $100 a month. Over the past 4 months State Farm has changed my policy 3 times! Charging me $40 for each policy change. (Non of which were by my doing.) And they are now charging me over $160 a month. This is the defintion of shady business practices. My only guess is since I am under 60 they expected I would just have the payments taken directly out of my account monthly and would never review what they were actually charging and/or doing.

Moved to Colorado Springs from SC last May. Transferred coverage to Patrick Hall agency in Monument, Co. April 15 2019 auto accident. 19 days later I was notified my car was declared totaled. My rental car bill came to $600. +. I made repeated calls asking for a call back from Patrick Hall expecting him to go to bat for me. He returned not one call.

I will never work with state farm! They are horrid and RUDE! Our semi got into a wreck with on of their customers and we have been working for months to recover lost wages that it caused us as a small business. The Nevada department we are working with is terrible. We were told we needed to prove lost wages. We have put hours and hours sending taxes, copies of checks, profit and loss, annual average per load and the list goes on . All we get from the agent is " nope that wont work." So we keep asking what is it that will work and his chase around is "I'll just have to see what you have". He literally gives us zero direction. We have tried to get a hold of his manger over and over with zero reply. I have called in and made formal complaints and all state farm will tell me is that they are sorry and suggest I continue working with my current agent! I literally am getting the run around and have gave them every legal document and spreadsheet I have with zero help and NO COMMUNICATION with the agents manager. How is it that this is okay and or legal!! I am sooo disappointed! I sense the only next step will be a lawyer.

My parents has been with this company for over 30+ years. Today they received a notice that they are taking me off my parents insurance policy due to accident/speeding tickets (total of 3 on their records) that had occurred from 2015. My previous accident that they recorded was back in January. During that accident the vehicle that was hit didn't receive any damage nor did the driver need to call my insurance. My car was fixed without any claim from StateFarm. StateFarm took me off my parents policy due to an accident that previously just happen this year and 3 from four years ago? This is absurd because this right here tells me that StateFarm holds your past mistakes over your head. Now as my last couple weeks of my spring semester, instead of worrying about schooling and doing well on my finals. I have to look for a insurance that is more friendly than StateFarm will ever be! My whole family is now leaving StateFarm due to this corrupted system! Don't waste your time nor money on this terrible insurance company because they don't care about their customers.

If you pay for replacement like new on house insurance - beware you probably won't get it. If the damage is only to 2 slopes of a roof, that's all they pay for. The quote didn't even include renailing the shingles that didn't match the existing shingles; never mind the cost of brining it up to new codes that they wouldn't pay for. How else can they devalue our home. The agent was worthless, the 1-800 number was worthless to help in the matter. After being with state farm for decades on different homes, never again!!! I'd rate it no stars if I could.

We switched a few years ago. Our cars first then homeowners. Our rates actually went down this year. Never had to use them for a claim, but I couldn't see it going bad.

We have State Farm for autos, boats, home owners and liability policies, We began with State Farm in 1958 and have always been happy with our coverage, advice, and the products sold to us. Our agents over the years have been giving us sound advice and have stood behind their product.