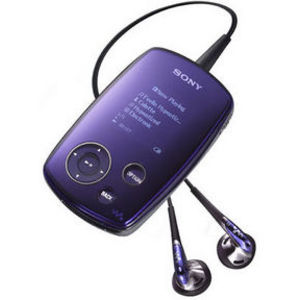 My Sony Walkman Mp3 Player is different from the one pictured. I love love love my Walkman Mp3 Player. It does it all without costing a fortune. I have had other mp3 players and they do not compare to this one. Sound Quality Sound Quality is amazing you can have the volume at a lower setting and still hear the music or audio book recording like you were playing it in a much louder volume. Performance Performance is great. This mp3 player is not just an mp3 player it also plays videos and has a voice recorder too. Battery Life Battery life is one of the best things about this mp3 player. My Sony Walkman Mp3 player can usually last about a week without having to charge it. The more time using it the more frequently it will have to be charged. Durability This mp3 is very slim in size but seems to be very durable. I haven't experienced any problems with it yet. I haven't dropped or stepped on it or damaged it in any way. I would never damage something of this quality. It would just be over usage of it that would be the death of my Sony Walkman Mp3 player.

This is a great product.  Easy to use.  I already had the software, so this made setup even faster.  I do like that you can use other software.  Sounds great too.  Easy to organize songs.  Easy to read (and I wear glasses.. well let me restate that .. I am supposed to be wearing glass, but I don't always have them with me and I can still read this thing.)  Easy enough for my eight year old to you (but he was programming the VCR at 4yrs and my 60 year old dad still cannot).

I have had my bean for over a year, I bought it to use while I exercise and/or study. I love it!  The Connect music store is very easy to use. The bean plugs right into my USB port and it is very easy to download songs to my bean right from the computer. No extra wires to lose or misplace. When I get tired of listening to my downloaded songs, I just switch it over to listen to the FM radio. I enjoy having this option.

My husband bought this for me last Christmas.  Although it is relatively simple to use and hold battery for a long time, I find the armband cumbersome and uncomfortable.  We had problems with this model, and found the support staff at Sony to be completely unknowledgeable.  In the end, they replaced my brand new product with a refurbished one.  I wouldn't buy Sony again.

This product is easy to use and manage.  We had no problems downloading music onto it and the easy-to-view screen helps to know which songs are being played or are next in order.  My husband uses it when mowing the yard, working overtime or gardening.  He likes being able to listen to the songs in order or selecting the random option so that songs play in no particular order or artist.

I just bought a used Sony Walkman NWZ-E436F (Black) mp3 player (4G) on eBay. When I opened the package, my first impression was the the player is compact (not as small as a nano or shuffle, but I actually like the larger size) with easy to read and use controls. The screen is 2" and is clear and bright. The black color looks slick. I've found the player to be easy to use (without reading the directions, which are very short) and intuitive. The device easily connected to my laptop, and I was quickly able to transfer files. Playback was seemless, and I found the included headphones to work well (even while exercising). Sound was very good. I've already dorpped the device once, and it had no damage. A few things to note: - Some users may not feel like the volume goes up loud enough. - I have not tried to watch video or use the radio yet. - The headphone connection is located at the bottom of the device, which means that you can't set it on a flat surface (like on the shelf on an exercise machine). - If you plan to use the device to watch videos, 4 GB may not be large enough, but I find it plenty big enough for music (something like 1000 songs).

This was my first mp3 player, and I'm so glad I finally upgraded to the bigger and better Zune. This was a decent little player, but there were definitely a lot of things wrong with it. Number one, for such a simplistic mp3 player, there should have been no need for a specific software in order to transfer files. This should have been a simple drag and drop mp3 player, but Sony definitely over complicated this to a point where it was a hassle to put things in the player. Also, this screen is really hard to see when walking around in sunlight, so your best bet is to put the player on shuffle, and just press forward and hope you come to the song you wan to listen to. The good thing about this mp3 player is that it is really cute and tiny, and sound is crystal clear. But, you might want to get a protector of some sort for the "wear and tear". My screen had a tiny scratch on it from bumping around in my purse, and my purse doesn't even have anything sharp in it, just a cellphone and some make up.

We bought a red Sony Walkman 4GB mp3 Player (Model # NWZE353RED) for our daughter this last Christmas, and I'm so glad I did!  The color is a deep, candy apple red that she lit up at.  She said that all her friends are going to be SO jealous.  This Mp3 player is small, but not nearly as small as the clip iPod's.  I was afraid that such a young girl, (11 years old) would lose something so tiny, and this was a great alternative!  It's big enough to have a screen with icons for a menu, which she really likes.  It makes her feel grown up to have something with options like that, (like mom and her iPod touch). The earphones it comes with, (thank goodness), were fantastic, and had great quality, unlike most earphones you get with an audio device. Our only complaint, and it's a small one, is that it was a bit tricky to transfer the songs that she wanted from Itunes, which is where our whole family keeps their music library.  It could very well be operator error, we'll try it again within the week so see if it's just our frazzled brains or not, but she ended up getting some songs that she didn't ask for to be transferred, and not all the ones that she asked for.  Overall, this is a VERY attractive, well made Mp3 player.  It has an FM radio to boot, which really sweetens the deal!  Have fun with this one!

After careful research I chose the sony walkman, I made such a good choice! This player packs a powerful punch when it comes to music, movies, FM radio and photos! This player is easy to transfer music to and as far as sound goes its great. You can set you music to play in concert mode and more. You can adjust the bass, tremble and set it a million different ways to accomodate your tastes! The movie player is good, the screen is small but the sound is great! As far as the FM tuner goes, it is good too, there is no interference and the sound quality is high. It is an inexpensive player compared to the ipod and is just as good. The main thing is the screen size, its on the small side but aside from that the sound is great! Its small enough to fit in the palm of your hand and has a lock on the side so that you cant accidently hit the button and change what you are listening to. You can also set it to play a certain genere or specific artist. Great buy for someone who wants something that is basic!

The **Sony Network Walkman NW-S703F (1 GB) MP3 Player is one of the best smallest ** **mp3 player I ever had.It is really good for the price I bought.The sound quality is amazing .Active noise cancellation reduces ambient noise through a special phase canceling process. The Clear Stereo and Clear Bass features refine every note you hear by reducing audio leakage from one channel to another. Boasting a shape and 13.5mm drivers, you'll experience exceptional sound quality and comfortable fit from the noise canceling headphones. A high sensitivity microphone is built into the buds of the headphones enabling a wide-range frequency, dynamic range playback and powerful bass sound**   **Pros :\** **Innovative noise canceling function that really works! (note: noise activating function is only activated when using the proprietary headphones) **   **Cons - Sonic Stage software is not the most user friendly software to work with, but don't let the software prevent you from looking into this player, its not that bad. **