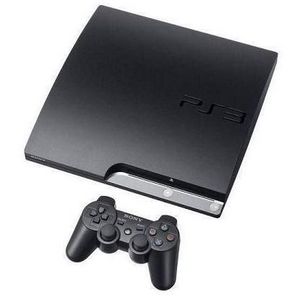 I aM graet about it

This device high specifications in terms of graphics and RAM etc . But he Very high price

I love this product through play with my friends and my relatives games and enjoy our time together. ps3 is a modern and fast surfing and this is what I care about the Games and liken it to reality with a beautiful design and different colors of the device. If he asked me one do you buy this device? Will answer yes

Wonderful, but there are some problems in the device will tell you in the evaluation Graphics Quality Quality is very impressive in some truly amazing games to be exact, as is the stunning reality very Game Variety Many games and wonderful sense the word do not want to enumerate games, but plenty of amazing games Knak Heath of accuracy and quality and fighting and intelligence But there are some silly games, not impressive at all I do not want to name, but you Starafha first glance it Controller Comfort Control wonderful I feel comfortable and I'm playing without any disturbing things do not make me consort with the game Ease of Use Use a little difficult at first, and as with the passage of time, you will become very easy Durability Average somewhat Aadi not Arai different from the rest

I got the PS3 for my birthday a couple of years ago. I am 36 years old, and have always liked gaming to a degree, but I just don't have the time or energy to put toward playing anything more than a couple of times a week at the most. The games you can get for this system are great. The added bonus is what I wanted to brag on. Though we don't use it for games as much, this system has become our "go to" entertainment system for me and my wife. The fact that you can stream Netflix and youtube through this machine is a game changer. I would say that we use the PS3 more for movies on Netflix than for games by a long shot. The picture quality is great and it is easy enough for my wife to handle putting a movie on while I'm out!

If you are looking for a gaming system this is a must. The ps3 can do so much. you have wifi, the graphics are awesome. the games are so cool. you can upload pictures music surf the net. you can get the move & really get moving with it. it holds alot of games being saved. you can get a free sony account & when you are connected to the internet you can sign into your sony playstation account & you can sync your trophes up & if your games get deleted you can always resync to get your trophes back. unlike the xbox 360 you don't have to pay to get updates or to get online. you can watch blu ray, dvds. you can take pictures with your cam to save to the ps3 you can rip music to be saved some games will let you put the music in the games. you can stream movies.

I am a big fan of PlayStation 3 Slim. In comparison to Xbox 360 i think Playstation 3 is far more better. There are games only for xbox and playstation 3, even when we compare the games that we play the graphics is just awesome in playstation 3. Now since the playstation has introduced this playstation 3 slim, it is portable and faster. Since it has 120 gb space we can store lots of games. Online experience is awesome too. It is a bluetooth compatible too so the wireless remote controller even makes the life much more easier. If you are bored playing games you can even surf the internet from you playstation 3 console. Since it is HDMI comatible the graphics is just awesome. The best part is it even plays the blue-ray so we don't need another blue-ray player. It's not even that expensive the only bad part is when we have to buy games. Game Cd's are very expensive so we need to wait for the price to drop down. :(

Let's just get this out from the beginning.....we are a gaming family.  We have owned video game units since the beginning of time, starting with Colecovision, Atari, and the original Ninendo.  We have handheld units as well and have even bought a video unit just so we could play a single game, so it's hard to get excited about a video game unit.  However, the PS3 is different.  Aside from the obvious (great games to play), you can even play some of your older Playstation games on it - not all, but quite a few.   Additional features we use are the access to the internet and the blu-ray player.  The unit connected to our home network in minutes and allows us to access the internet without issue for playing movies or rentals from AmazonOnDemand.  The Playstation network allows you to download games instantly from the Playstation Store which is plus rather than ordering a game and waiting on it to be delivered.  The Playstation Network also remembers signed in members for multi player games like Little Big Planet,. The unit is small and supports wireless accessibly as well.  We have the wireless controllers and a wireless keyboard that makes playing so much easier.  The unit also supports the use of headphones and bluetooth.