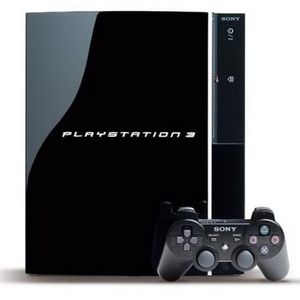 this is my first amazing console gaming

I love this gaming console. I was never a huge gamer but when introduced to this, I got hooked. Not only can you find games that are best suite to you, but you can also connect to Wi Fi. Therefore getting of Netflix, searching the web, and checking social media is so much easier when hook up to the TV and you only need one product to do all this. Graphics Quality Most games it seems like you are in real life. It is amazing. I was so impressed my the picture quality and the movements of character and items within the game. Almost get motion sick by how real it is. Game Variety Games for everyone. My boyfriend loves Call of Duty, while I like L.A. Noire and Syrim. There is everything out there if you just take the time to look and talk to people that have been playing for awhile. Controller Comfort All game systems come with a black controller. They are the most comfortable and have the most flexible movement with the joysticks. Also, Sony sells controllers of different color (I have a pink one) but the joysticks are not as flexible. Ease of Use Super easy to use. My Goddaughter loves to watch Netflix on the PS3 and now she even knows how to work the system herself. Very impressive. Durability Lightweight and easy to carry. Never nice for when everyone is hanging out downstairs and my boyfriend wants to bring the system down to hang out with everyone and also play.

The Sony PS3 is a good all around entertainment console. It has blu-ray and dvd playing capability, as well as tons of game choices for all ages. There are some good console specific titles, and many games to play online with friends. Online play is free, as well as all other internet services, like browsing or netflix (with a subscription). You can do almost anything you're looking for with this console.

I have always been a fan of Sony. When the PlayStation 3 came out, I bought it and instantly loved everything about it. The graphics are insane and so detailed on this console. The fact that the PSN is free and you can use your own internet. It can either be wired to the network or can be wireless which is what I use. There have been a few complications with the PlayStation Network, but they were fixed pretty quick. I most definitely was recommending this console to my friends. The ones who bought it were not disappointed.

This product has great picture quality, and the games are absolutely amazing. Game Variety All games for the Ps3 system have several games to choose from. I like Shooter, Action, and Sports. Madden, Call of Duty, etc.. Controller Comfort The controller has a great fit in my hand. Buttons are easy to use and find.

Every avid video game fan knows the name "Sony". When the original PlayStation came out, it took the world by storm. The birth of CD based consoles forever changed how we played video games. We were no longer bound by the limited storage capacity of cartridges. CD based games were larger, had better graphics, and produced sound unlike anything we had heard before. With each progressive generation, the storage medium became larger and better. Sony's PlayStation 3 represents the cutting edge of technology, though it is about to be surpassed by the next generation of systems. I purchased the PlayStation 3 after it had come down in price. Two reasons led me to delay my purchase. Firstly, I plain didn't have the money at the time, and second, I wanted to wait for a vast library of games to show itself on the scene. One thing is for sure, I'm glad I purchased this masterpiece. The PlayStation 3 has a variety of titles, that can satiate the appetite of any crazed gamer. Sony exclusives, such as the Metal Gear Solid series, look better then ever on the powerful graphics engine. Sony and Microsoft have both managed to obtain the support of third party game designers, so the choice between consoles really boils down to a battle between game exclusives and features. PlayStation 3 wins the battle, hands down, and I will tell you why. The controller on the PlayStation 3 blows the doors off Microsoft's Xbox 360. It fits perfectly into the hand, allowing all the buttons to be easily accessed. Sony's operating system is vastly superior, providing a much easier means of navigating options. Graphically speaking, the PlayStation 3 has an edge over the 360, though the human eye can only process so many colors and pixels. The PlayStation 3 can function like a PC. A wireless connection allows you to tap into your home's network and surf the internet. Mice and keyboards are available for ease of operation. Pictures and music can be stored on the hard disk, making the PlayStation 3 a console for the entire family. Two major factors set the PlayStation 3 apart from it's competitors. Sony chose to make use of a Blu Ray player on the PlayStation 3, while Microsoft chose to support the ill fated HDDVD. Suffice to say, Sony won that war. Blu Ray provides a fantastic picture, epic sound,and a price that is rapidly becoming more affordable. Durability is where the PlayStation 3 shines the most. I can't tell you how many times my dogs have knocked the controller onto my cement floor, yet it continues to work. My brother's 360 has gone through 3 controllers, and they have yet to be dropped. The system itself has outlived 2 of his Xbox 360s. PlayStation 3 might be slightly more expensive, but it's well worth it. There were rumors going around that using the Blu Ray player would wear the system out sooner. Perhaps those were earlier models, but I have to tell you, it's not true now. My family has watched thousands of hours worth of movies on the PlayStation 3, including Blu Ray, regular DVDs, and DVDR videos. Pick up a PlayStation 3, and be prepared to immerse yourself in the world of entertainment. Graphics Quality My eyes may not be capable of processing graphics of higher quality. The graphics engine runs smooth, like butter on glass. People look real, explosions can almost be felt, and I actually get a sinking feeling in my stomach when a character falls off a building. I should also note that the sound effects are amazing. Game Variety PlayStation 3 has a library of games to suit the needs of any fan. You can basically pick your poison with Sony. I have played first person shooters, role playing, sports games, action etc. Each of these games runs equally well. The system has no "strengths" so to speak, because they are all good. Some of the better known exclusives are Metal Gear Solid, Final Fantasy, and God of War. Controller Comfort The controller fits into my hand like a glove. I can play for hours without any discomfort. Ease of Use The PlayStation 3 is easy to use, with straightforward navigation. My only complaint is related to the movies. Sometimes it's hard to bring up the title screen and to fast forward, or jump to the next scene. These are extremely minor complaints. Durability This system will survive anything, short of nuclear war or gunshots. You can also include the controllers in that description of durability.

Play station 3 is amazing. The quality of the games is great. The graphics for the games is incredible. The picture on the tv is amazing. You can watch movies on play station 3. The memory on the console is awesome. There is a lot more room and a lot more storage to be able to save more.the price you pay for this system is worth every dime you out out. Wireless controls make it easier to play without wires getting tangled. Also you won't go through as many batteries with the wireless controls because you can just plug them into the system and charge them up. You also can access the internet have and save music on the console. Play station 3 is one of the best game systems out on the market today. The system is for people who play games with there families or love playing multiple players games. You also can play by your self or with people all over the world. Graphics Quality The graphic quality is outstanding. The graphics look so real. Ease of Use This system is very easy to use.. Durability You hit a button and boom your in a whole new world.

I absolutely love my Playstation 3!!! I can use it for just about anything, and the graphics and picture quality are amazing. It never glitches and never freezes. And there is a huge selection of games that you can buy for it. I use it for video games, for streaming Netlflix and Hulu, or for watching Blu Ray movies. Durability My only complaint is that I've bought more than one, because of an issue with the fan not working properly on the first one I had. Got it repaired twice, and still ended up having to replace the console.

I love that this can be used for gaming as well as watching bluray movies. There are many varieties of games for all ages. We can play this for hours before the controllers need to be recharged. We invite friends over and play and also play online. I also like that you can run Netflix on here as well. I would definitely recommend this for the entire family. Graphics Quality Watching blurays on here is awesome. The game graphics are really good as well. Game Variety There are games for all ages. There are also multiplayer games. There are games that my 8 year old likes and games that my husband and me can play. Controller Comfort These are the most comfortable controllers compared to other consoles. The xbox controllers are too big and bulky for kids and women with small hands. The ps3 controllers are very comfortable for all users Durability I have had my ps3 for five years and it still looks and plays the same as day one. My son has turned it on and sometimes it would stay on for days before I realized it and it still works the same.