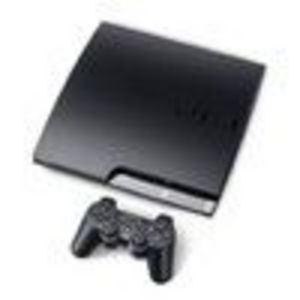 I've owned 3 of these gaming consoles and each one the blue ray player messed up! Went through 3 in 1 year tried cleaning them and everything didn't help. I will never own another one! I will stick to my PlayStation 4! I love PlayStation and wouldn't ever change but PlayStation 3 sucks!

As the title says, once you get past the console freezes, and long install times, this one is pretty great! It has a large variety of games, as well as the option to play online multi-player for free, with no added costs or subscriptions. It can take a beating, an is pretty easy to use. I would definitely recommend it! Graphics Quality The graphics themselves are pretty much the same as any other console from the same generation (Xbox 360, Wii, etc.), but with a maximum display output of 720p, it does fall short of the Xbox 360 and its 1080p glory. That aside, it's not much of a noticeable difference, things tend to be just as immersive with a slightly lower definition. The games and apps themselves don't play any different from those you might find on other systems. Game Variety There is a HUGE selection of games for the Playstation 3 (PS3). With a great deal of exclusive content as well as the many cross-platform developers, not to mention the fact that you can play any Playstation 1 games, or download a good selection of Playstation 2 games, you will have no trouble trying to find something to play. From Sci-fi or fantasy, to strategy or roleplaying. From First-Person shooters, to Third-Person action/adventure. It has it all, even educational games, party games, and various other child friendly, or casual games! Controller Comfort while it is not the most comfortable controller out there, it is still pretty comfy. If you are at all familiar with Sony consoles, then you know what to expect. With no major design changes from the original controller, it looks and feel the exact same now as it did then. The only real problem I had with the controller was the lack of grippy knobs, like Microsoft or Nintendo have with their respective consoles. Ease of Use It is a pretty easy to use console, with step-by-step instructions to get started up, and a pretty stream-lined layout of the home screen. But there are a few problems with it. First is the way every game has to install itself on your console before you play it, though it does save on power and it keeps the disc-spinning noise to a minimum, it also can take anywhere from 5-40 minutes. Another regular problem is with this console's tendency to freeze on a screen, at least once a day, where the only solution is to physically unplug it from the wall, which is not healthy. Durability What can I say? It is one tough console! I personally own both this PS3 Slim and an XBOX 360. I am on my third XBOX. I am still on my first PS3. This console DEFINITELY stands out in terms of durability.

When blu ray players first hit the market, they were selling at a price higher than the Playstation 3 game system which doubles as a blu ray player, among other things. Since its launch in 2006, it has built up a solid library of games available as well as providing services like Netflix, Hulu Plus, and VUDU. The system includes 802.11 wifi technology to connect to the internet on top of standard ethernet connectivity. A nice little feature overlooked is the ability to connect the Playstation 3 to a home network. Doing so will allow you to play DivX video files located on your computer's hard drive. With the holidays coming up, it's a nice feature available that allows you to watch home movies and whatnot when the family's over visiting. There are several models currently in production. These are all the newer slim style case, all of which do not support Playstation 2 backwards compatibility. The other model Playstation 3 systems allowed Playstation 2 games to be played on them. The newer slim models consumed about half the power of the original, includes a DualShock 3 controller (older models were packaged with the obsolete SixAxis controller), it's lighter, and it has a matte finish that does not retain fingerprints like the original model's glossy case, and its memory capacity is a lot higher. The Playstation 3 has been very competitive with its rival, the Microsoft Xbox 360. Fans of each will stand by their console of choice. Try both of them and see what is a better fit for you. Graphics Quality All media is recorded on blu ray discs supporting full HD content. Game Variety Games are plentiful and cater to fans of all ages and preferences. Controller Comfort The controller is similar in feel to the Playstation 1 and Playstation 2 controllers, with some added features for vibration and pressure sensitivity in the buttons. Ease of Use Reading the instruction manual or just tinkering around with the user interface are enough to allow one to jump right into the experience. Durability Heating issues have been greatly reduced with this model and the structure of the system appears to be very solid.