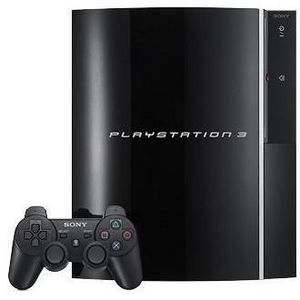 Awesome product, let's you play or watch anything you want like movies, music, photos, video games, even access the Internet. You can also buy downloadable content (DLC) for the video games that you already play on it and also add-ons. All you need for this is to have a PlayStation Network account which is very easy to create. Graphics Quality Excellent quality gaming, perfect for watching blu-ray movies. Let's you play video games on Full HD, which makes them feel and look real. Game Variety Great game variety for a wide variety of people, even for mature audience. Controller Comfort Easy to handle and comfortable to use it to play for a while. Ease of Use Very easy to use and to connect to the Internet. Durability Great durability and can last for a long time.

buy it. owned 3 xbox's and finally transfered over. i do like the xbox controller better though Graphics Quality great quality, make sure you add the hdmi cable though Game Variety lots of games to choose from, call of duty is the way to go Controller Comfort xbox is better in this category Ease of Use very easy once you play around with it for a bit and adjust the settings correct and everything probly takes the longest Durability will last a long time as long as you dont play blue rays all the time is what makes the fan constantly run and makes them die faster

I've played a lot of video games in my time. I've logged many hours playing on such systems as the Nintendo Entertainment System (NES), the Super NES, Sega Genesis, and Nintendo N64. I've also enjoyed playing games on the original Sony Playstation, PS2 System, and now I have the priviledge of playing video games on the fabulous Playstation 3 system. Things to note here is the fact that it has internet capability, although it is limited. The games do need updating periodically, and there's always the Playstation Network to download movies, games, add-ons, wallpapers, etc. to the system. Pros: Games are rich in color, depth, and detail, and the PS3 can play music CDs, DVDs, and Blu-ray discs. Just the other day I watched Tron: Legacy on blu ray. Totally worth it in my view. Has wi-fi capability, can stream Netflix movies without extra fees, and the Playstaion Network store has lots of movies, games, etc to choose from if you truly are bored. They have movies to own as well as rent. Cons: Updates are a little annoying, typing in internet addresses with the controller can be a little cumbersome, and the PS3 can get very warm, so keep it in an open space with at least a half a foot clearance from all sides other than the one it's sittin' on. Also, worthy of note, is the fact that this particular model (among others) do NOT have backwards compatibility. This is one of the areas that I was truly disappointed in Sony for doing. I love PS2 games, especially Metal Gear Solid 2: Sons of Liberty, but when I found out the PS3 models from 2008 on would no longer support backwards compatibility, I was disheartened to say the least. Overall, if you're looking for something that encompasses something for everyone in the family, look no further. Games for the kids, movies for a night in with the family, share pictures and video clips, and have internet connectivity all in one machine. Big two thumbs up from a life-time gamer. :)

When I saw that the PS3 slim increased the hard drive from 120gb to 160gb I finally bit the bullet. I was wanting to get a blu-ray player sometime so I figured I'd just get the ps3.   Finally, I brought a PS3 recently during the holiday season.  Set up was easy.  It has free online, great exclusive games, and so much more.  The most I like about it is the blu-ray player.  It plays blu-ray disc which save me some money to buy a blu-ray player.  Moreover, Sony has firmware upgrade from time to time to make sure your ps3 the top blu-ray player and a game console.  Sony recently has upgrade the PS3 to be able to play 3D blu-ray movie.  However, you will need to have a 3DTV to watch any 3D movie.   Being a Wii user, I like Wii as well.  Wii's target customers are mostly kids while the majority customer of PS3 is adult and teen.  Wii is also missing a lot of stunning graphic with their game. L love the grahic of PS3 game.   I personally think PS3 is a must for every family who wants to have a blu-ray 3D player.

My husband and I wanted to get a game console and we were debating between the Sony Playstation 3 and the XBOX 360. We ended up going with the Sony Playstation 3 and we were not disappointed. I really like it because it has a built in blueray player. You can also stream movies and tv shows through pay services like Netflix and Hulu Plus. It has some limited internet capabilities. There are many games available and you can connect online to play with other people. You can add your friends and play with them. I was disappointed to learn that my Playstation 3 does not support PS1 or PS2 games. I think the original ones could, but the newer ones cannot. The big advantage to the Playstation 3 is that you do not have to pay a subscription to play online like XBOX 360.

It has awesome graphics, great games, and my family really enjoys playing it daily! My husband and I purchased it this Christmas for our family to play together. We got the Nintendo Wii the Christmas before that. That are both great video game systems, however, the Playstation 3 seems to have better graphics and newer style games. The kids really enjoy the new games and my husband is right in there with them playing weekly. Also, it has the blue ray disc feature which would come in handy if we had bule ray discs. But, we can still use it to play regular DVDs when we want to which is still very convenient for us. This game system has plenty of neat features but I have really gotten into all of them. We husband and children know how to work them and are a lot more savvy than I am when it comes to video games - I will just stick to being computer savvy. I would recommend it to anyone who enjoys playing video games!

I finally got a playstation 3 last christmas! Actually, I got it for my younger brother but everyone in the house uses it, even my parents. The games are pretty different from nintendo games, which my brother and I are more used to, there's a lot more shooting type games. But there are few kiddy games as well. What I really like about it is that you had stream videos from netflix, which is what my parents always do. And it's nice since we got a new big tv with it. Also, a lot of the ps3 games take a lot longer to load, but thats ok I guess. Another cool thing is that you can download demos of a lot of games so you can try some out without even buying it or renting it. but again you have to download it and it may take a while. Some games require you to download updates which is good and bad because it could take a while if you have slow internet speeds and it keeps popping up but its good that you can get updates on the games to make it better. The ps3 is great and a great price now!

I origanally bought our PS3 for my husband. I was happy gaming on our old PS2, but there were games he wanted that were only available on the PS3. Once it was up and running I saw what he ment in terms of the quality of the video games. I only play racing games. The cars moved faster and it looks almost real. Some of the older games have a hard time keeping up with the play, but the newer games are unbelievable. i gave th old PS2 to the kids. As I found out the gaming is only one thing the PS3 does well. We don't do cable at my house so I knew we would use the PS3 as a DVD and Blu Ray player. It is excellent. The upconvert of DVD's looks so much better than the old DVD player ever was. The Blu Ray quality is unbelievable. With the wireless internet connection we are able to play Netflix and HULU TV right from our playstation. Surfing the web is simple. It is so much more than just a gaming machine. I would reccomend the PS3 not only to gamers, but to anyone who wants to cut down on the number of components they have hooked up to their TV.

The playstation 3 console served me well until we uploaded the latest upgrade from Sony and it fried the laser or lens on the console. I was then only able to play games that were downloaded and was not able to use anything with a blu-ray. However, I did get good use of it for over two years, though considering how much the console costs, I should be able to use it for MUCH longer!! Lucky for me I have an awesome brother who got me a new slim with move! :) It is overall a very very good system, great game play ability, blu-ray player, internet use. I love that you can download games from the internet for cheaper. One of my favoritegames was a bowling game I downloaded for ten bucks and you use the controllers like you are really bowling. That was another great feature - it's not a Wii, but you do still have some movement funtionality with the controllers in many games, like golf, bowling, and even in many parts of games like Heavenly Sword! It is a good console BUT make sure you find out if sony fixed the upgrade problem that has ruined so many of these fat ps3's BEFORE you buy (not a problem with the slim).

We have had almost every game system you can think of in our home but the best one by far has been this Sony - PlayStation 3. we have always liked Sony products and have had both Sony playstation 1 and 2 also so it was just a given we would buy the Playstation 3. But we were in for a suriprise! The Sony - PlayStation 3 has the most increditable picture quality and we almost feel like you are in the movies. And now with bly-ray out and better quality games it is even better. My Husband love the Final Fantasy games and when he got the last one he was so impressed witht he way the Sony - PlayStation 3 gave him an even better gaming time. He played the game so much faster and he enjoyed it so much more. We now have 2 of the Sony - PlayStation 3 systems and we use them all the time. We watch movies on them and have fun familt time with the games. We trust the Sony brand name and have not been dissapointed witht he PS3 either. Sony rocks!!