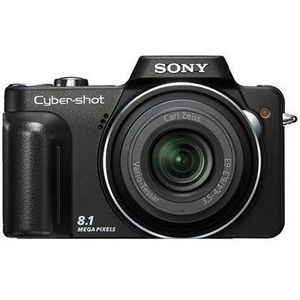 I absolutely loved this camera. The only reason that I stopped using it and got another one was because a young sibling jumped on my purse hard and bent the area around the lens slightly so it could not come out. I was heartbroken. This camera had worked better than any other camera I have ever used. I had always tried cheaper ones, and they broke within months. This camera lasted over three years and throughout several international trips. Durability Until the camera got stepped on by a toddler, it lasted so well! It survived over 4 years with me. I lived in the Caribbean and several states, and it lasted each time and documented the entire experience. Battery Life The only negative thing about this camera was that over a period of a couple of years, the batteries started to wear down more quickly. Portability This camera was a bit bigger and bulkier than many cheaper digital cameras - you could not just fit it into your pocket. It was pretty compact, however, and could easily fit into my purse.

Years ago, I took pictures like film and processing were cheap. (Well, for me, I guess it was - I worked in a camera shop!) After I left that job, I cut back drastically on my clicking of the shutter. Y'know that adage, "You can send your second child to college on what you spent on pictures of your first"? That's me all over. This past Christmas, my children (the second one's idea - hmmm. . .  I wonder if the above saying influenced her thoughts!) chipped in to surprise me with this Sony camera, the DSC-H10. Not a real lover of digital (I think Matthew Brady had the same thoughts about roll film), I was politely excited. But the more I've used it, the more I really am glad they got me back into my erstwhile hobby. The pictures are so sharp and the color is fantastic. I recently took a group of foreigners around town and became the unofficial photgraher, simply because of the quality of pictures I was taking. Ok, maybe I do have an eye for a good picture, too. But the camera is so easy to use, and seeing what I have taken is not a problem - even in bright sun, I can see the screen. The only drawback to the camera is not being able to control the camera settings. Having used a manual camera for years, I know what I'd get as a result of changing the aperture and/or shutter speed, but I have not figured out how to do that yet in this camera. The instructions are no help. But for automatic point and shoot, the Sony H10 works well for me. I'm back to driving my family crazy, taking pictures of everything we do, and holding them up while I stop and take what they consider strange photos on our family trips. I had forgotten how much I love this pastime!

The Sony Cyper-Shot H10 digital camera made me an expert photographer, right out of the box. I was amazed at the crazy-good shots I started taking of my son's baseball games. Closeups were no problem. Action shots froze the action with little to no blur. This camera has settings, like many other cameras, that will let you do these things, but this camera's lens is of such good quality, and whatever else that increases its quality, that I was immediately taking pictures like nothing I had ever taken with my other digital camera. It has a great feature called burst. You can take a quick series of shots. You can choose how much time should elapse between each shot. Following the menus was easy and transparent. I took multiple burst shots of my son and other players pitching. I'm telling you, you could publish them in Sports Illustrated. I caught several shots where the ball is just hanging there between the pitcher and the batter. I couldn't believe I was taking these pictures. But, I'm telling you, it's not me or my "skill". It's the camera. I've tried to use these features and take shots like those burst shots for years on my old camera. It just couldn't do it. It would drag between shots, needing time to process. Not the Sony H10. It's lightning fast, with no lag time. Oh, and I almost forgot!! You would not believe the video this camera can shoot! I quit using our video camera. Who needs it? This camera takes great video for most casual applications, like, again, my son's sporting events. It's true, my video camera zooms better (and the Sony can't zoom when you're filming, only when you've paused), and you get better qualtiy. But if you don't want to lug 2 cameras around, and you don't need theater-quality video, the Sony H10 honestly works great. The only downside I can think of to this is battery life. It lasts about 3 hours, which isn't terrible. The yuckiest part is that it really doesn't give you many minutes of warning that the battery is about to go out. It'd be a good idea, if you can afford it, to have a second charged battery available. I highly recommend this camera. If you can't afford one of the super-expensive SLRs, this is about as close as you can get. It's hard to believe it's not considered an SLR.

I bought a Sony CyberShot H10 because I needed a camera with a high optical zoom and action shot options. I have not yet been disappointed. I take my camera everywhere, and I can use it for any occassion, whether calm or active, day or night. The CyberShot H10 not only takes great shots of my son kicking a soccer ball mid-air, but also takes outstanding shots of fireworks! The zoom is wonderful, and I can really get into the action. It has Face Detection capabilities which helps to enhance skin tones and reduce red-eye. The CyberShot H10 also has a Double Anti-blue Solution, which definitely helps me out, as I have extremely shaky hands when holding my camera. It has a large LCD viewing screen, so I can see just what I am taking a picture of! With the High Sensitivity Mode I took some great shots of the fireworks for the 4th of July last summer. The CyberShot H10 has a versatile flash, so I can turn it off completely, keep the objects in the background brighter, or has an auto-flash option. Overall a great camera, and I have been happy with my CyberShot H10 since day one!

I bought this camera over 2 years ago and it is still running great for me. It takes crisp, clear pictures and is easy to use. I am very happy with this camera and glad I spent the money on it. For a non-compact camera, it is pretty light weight.

I have three small children and this is my quick grab and click camera I use to capture all of their precious moments. It is compact, easy to use and has an excellent picture quality. It does not work at its best if there is really poor lighting, but, that is my only complaint.

GREAT CAMERA, NICE OPTICAL & NICE MEGA PIXEL,GREAT MACRO FOCUS AND EXCELLENT PICTURE QUALITY IN ALL MODES AND GREAT VIDEO HD , PERFECT FOR FAMILY AND QUALITY OF PICTURES IS AMAZING, GREAT BATTERY LIFE,  A++  for Quality ,easy of use , battery life, zoom A+ for macro A for flash

The Sony DSC-H10 I bought as an add on for my DSC-H2 which seem a little too heavy for me. I wanted a smaller, lighter camera to carry when I didnt want to be noticed with a camera and my shoulder was bothering me. The Camera has Auto Mode, Manual and Program-manual modes, it has movie mode and it takes a pretty good movie at that. Movie mode comes in 640-fine, 640-standard and 320. It also has High Sensitivity ISO mode where you can take shots in low light minus the flash. It has the point and shoot modes of Soft Snap Portrait, Advance Sports Shooting, Twilight Portrait and Landscape and Fireworks. It has a macro mode. And on the joystick dial you can adjust for flash, no flash. Macro on and macro off. And timed shooting. Where you can time the camera to go off in 10 seconds so you can run and be in the photo. It has 6 photos sizes to choose from. And when you change to VGA mode the lowest pixel mode you can zoom out to 54x zoom. You can also use via an adapter all the lens zoom and macro add-ons that you use on the bigger H5 and H2 and up cameras. You can adjust metering mode and focus area. There are so many thing to choose from. It is a 10x zoom and you have to take the photo through or off of the large 3" LCD. All and all this is a great camera.

This is an amazing camera! I bought it because I needed something small and compact to carry around in my purse for my travels, something that I could use to zoom into something that is far away. It does that and so much more! I love the auto feature on this camera. I have taken some great shots at night - just make sure to hold steady or use something to keep the camera stable (tripod). The zoom feature is wonderful. With 10x zoom, I am able to get in close to the subject and get a very clear picture. Another reason I love this camera is the quality of the photos, especially the color. I have used other cameras, but I think the color is definitely more vibrant with the Sony. I was not as impressed with the macro feature on this camera as I am with other cameras, but it still works ok. Battery life is long. You must use the screen to view what is going on - Nothing to put right up to your eye. You can also take movies with this camera, using the zoom feature.

I love everything about this camera except the indoor picture quality.  It does not take very good indoor pictures at all.  The flash setting does not take photos with anything moving.  They come out very blurry if there is a moving object in the shot.  There are other settings you can play with to get a decent non-blurry shot, but they are somewhat yellowed. If you are taking outside shots, they come out professional looking. I am not a professional, but I am also pretty tech savy and this camera is not easy to get the indoor shots.