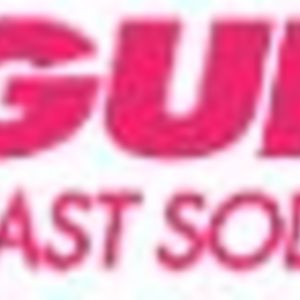 I have had allergies since I was in teenager. I have taken just about every allergy medication on the market and most prescriptions for allergies. I also have asthma and have to carry an inhaler with me for instant attacks which occur when I get around certain chemicals and cigarette smoke. A year and a half ago I started having trouble with my glands swelling. I was referred to an ENT who then referred me to a specialist at Mary Bird Perkins Cancer Center. I ended up having surgery on my parotid glands and I felt fine for about 3-4 months. Then the symptoms all started coming back. I was miserable and went to my regular clinic's urgent care. The doctor put me on Singular in addition to another allergy medication and also put me back on Flonase. My doctor informed me that Singular was for both asthma and allergies and that I should start feeling better in a day or two. The active ingredient in Singular is montelukast sodium. It works by blocking leukotriene receptors, which shuts off the chemical signal that causes allergy reactions and symptoms. Singular comes with a few side effects that you may or may not have. However, it is important to know what the symptoms are. Side effects that may be caused from taking Singular are stomach pain, heartburn, fatigue, fever, stuffy nose, cough, flu, dizziness, headache and rash. Some other symptoms that are also possible are increased bleeding, drowsiness, diarrhea, swelling, irregular heartbeat and joint pain are less common symptoms. I have been taking Singular now for several weeks. I do feel tired, but that is pretty much a regular thing for me as I work full time and also have Fibromyalgia and arthritis. Singular has been working very well for me and I do not experience my parotid glands swelling when I take this medication. Nothing else has worked, so I am thankful that I found a doctor when decided to take a chance on this to see if it worked. I would much rather take a medication than have to go through surgery 1-2 times a year. Singular also helps keep my airways open and reduces the amount of asthma attacks I have. Overall, this medication has been a very good one for me and I do recommend it if you are having severe allergy problems and also have asthma.

I've tried every type of antihistamine and decongestant; but this is an allergy blocker. It stops your sinus from having a reaction to allergens rather than treating the symptoms after the fact.I've been using it now for 2 weeks and have no side effects.  I can finally breathe, it lasts the whole day and no medicine head.  No rush of time release medication.I cant say enough.

My seven year old son has very bad allergies that are particularly bad in the spring. Every spring he develops hay fever type symptoms that cause itching in his throat and nose and sometimes chronic coughing and throat clearing. He has been taking allergy shots and also children's Zrytec daily but in the spring these two medicines do not seem to help. His allergy doctor put him on Singulair last year at it was pretty effective in alleviating some of his symptoms however I became concerned when he began complaining of sleep issues. I read on the package that the medicine can cause sleep disturbances. My son complains of nightmares and not feeling rested. So later in the summer I took him off of the medicine. I had hopes that this spring my son's shots would have helped and he would not have to take Singulair again. But his symptoms are pretty bad and Zyrtec doesn't touch them. He began Singulair again two days ago, and had a nightmare last night. I hope he doesn't have to be on it for long.

I consider myself a long-term user of Singulair. I've tried various over the counter and prescriptions for my asthma, including the hassle of a two inhaler system for a year. Singulair is simple and easy, and avoids two prescriptions besides the abuterol inhaler. It especially helps in the hot months here on our farm in Texas. The humidity can really make it hard to breathe, but Singulair keeps my airways open without the use of albuterol when I'm inside. When outside one set of two puffs of inhaler takes the place of the same dose every three to four hours as long as I maintain my schedule of Singulair. Duingt the cooler months I can go for days without resorting to my inhaler as long as I take my once daily Singulair tablet. I have learned to stay on this prescription however, because I'll start having breathing problems and pain in my bronchial tubes and lungs just a few days after I stop Singulair. I don't try to do without Singulair any more. it simplifies my life and lets me breathe clear and easy every day.

I didn't know I had allergies for years, I never had them as a child.  Apparently my allergies waited to show themselves as an adult when I got a cat, but I didn't know I was allergic to the cat. I just thought I got sick...ended up with a sinus infection. That went on for several years. Then when I got insurance I was finally told I should see someone and get an allergy test done, sure enough I had allergies...to cats and a bunch of other stuff too by then.  I was put on Singulair and woohoo....I've been doing really good since. I had a few spells and overtime learned that I needed to take some OTC allergy meds as well in the mornings. I know it's the Singulair that is working because I used to take those OTC meds before Singulair and they didn't work.  Singulair is expensive so you need ins, but it works. I recently lost my job and ins so when I run out I'm not sure what I'll do. More than likely I'll find a way to keep buying it because I know it helps me.

Livin' on the edge of the world, FL

Singular is a allegy medication which is supposed to help with pet agllegies but it doesn't alway work. It can make you tried and hard to function if you are doing a job which reqires to be alert. In my opinon it should only be take at night. It can make you drowsy and sleepy. It seems to be a drug that is advertise to work for any allegies but it doesn't. I you have a cat or a dog it doesn't seem to block the things that bother you the most, which is the unseen cat or dog dander. If you are a mild allegy suffer this might work for you. It doesn't help for major suffers and doesn't help to unblock the congestion cause by the allegies.

Singular is very expensive.   It did help my lung allergies and I cough less when I take it.   However, I don't think it outperformed many of the older medicines by doctors have prescibed for me over the years.  At least it doesn't make me drowsy all day like some of the other medicines do.